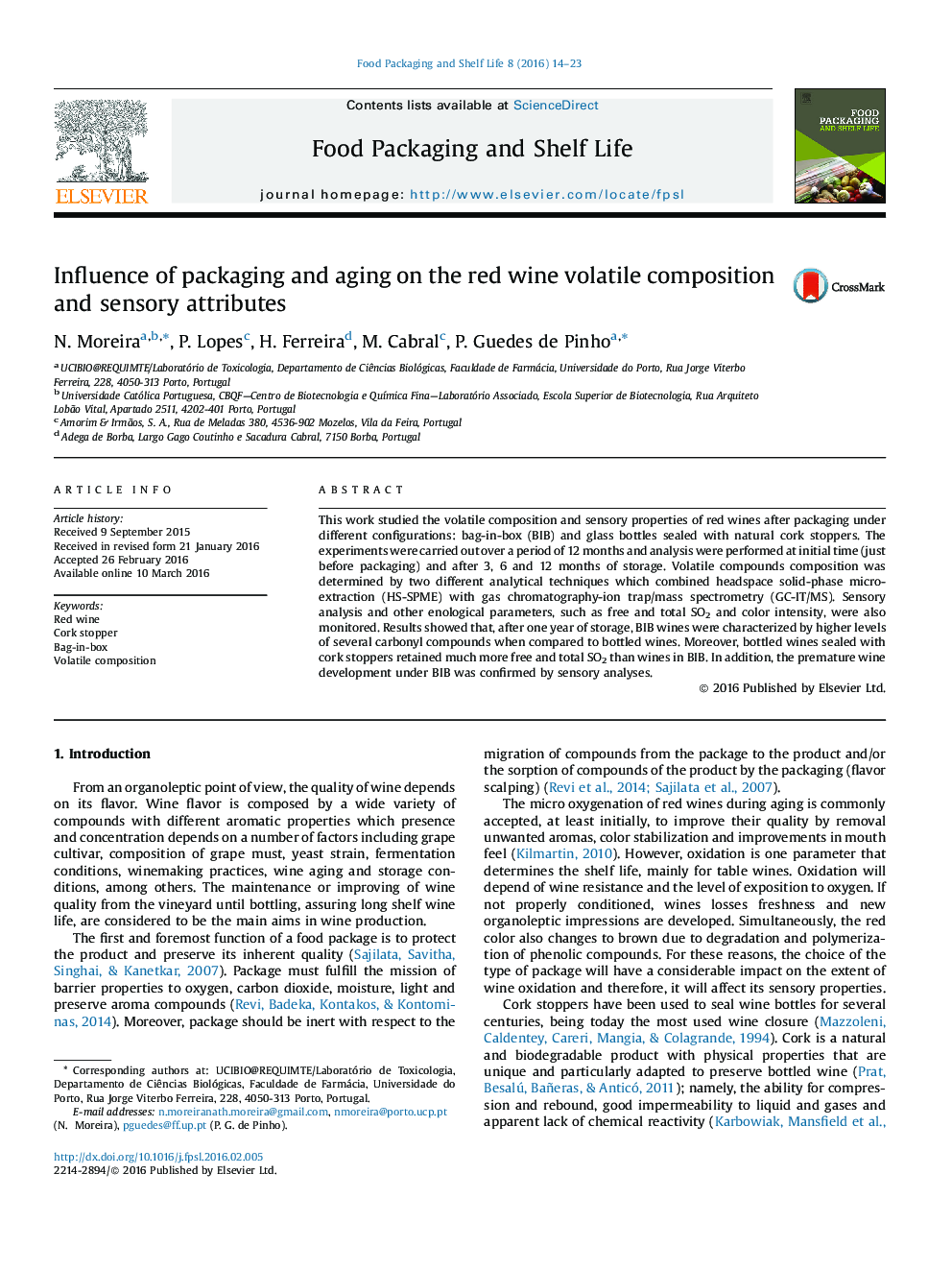 • Bag-in-box and bottled wines with cork stoppers are compared.
• Volatile analysis and sensory properties were determined at 3, 6 and 12 months of storage.
• The highest amounts aldehydes and ketones were observed in bag in a box wines.
• Bottled wines retained more amounts of antioxidants compounds such as SO2 than wines in BIB.

This work studied the volatile composition and sensory properties of red wines after packaging under different configurations: bag-in-box (BIB) and glass bottles sealed with natural cork stoppers. The experiments were carried out over a period of 12 months and analysis were performed at initial time (just before packaging) and after 3, 6 and 12 months of storage. Volatile compounds composition was determined by two different analytical techniques which combined headspace solid-phase microextraction (HS-SPME) with gas chromatography-ion trap/mass spectrometry (GC-IT/MS). Sensory analysis and other enological parameters, such as free and total SO2 and color intensity, were also monitored. Results showed that, after one year of storage, BIB wines were characterized by higher levels of several carbonyl compounds when compared to bottled wines. Moreover, bottled wines sealed with cork stoppers ​retained much more free and total SO2 than wines in BIB. In addition, the premature wine development under BIB was confirmed by sensory analyses.