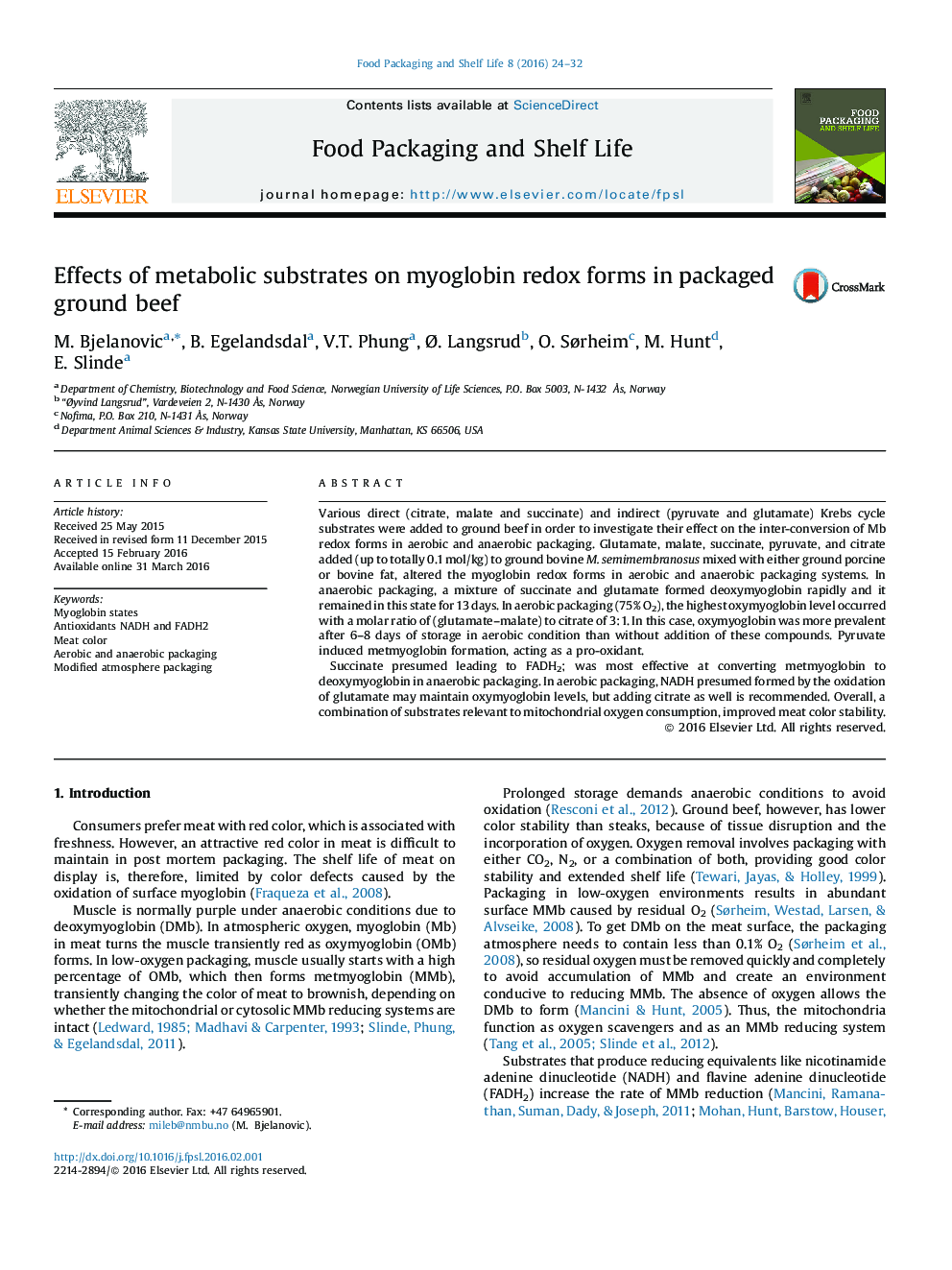 Various direct (citrate, malate and succinate) and indirect (pyruvate and glutamate) Krebs cycle substrates were added to ground beef in order to investigate their effect on the inter-conversion of Mb redox forms in aerobic and anaerobic packaging. Glutamate, malate, succinate, pyruvate, and citrate added (up to totally 0.1 mol/kg) to ground bovine M. semimembranosus mixed with either ground porcine or bovine fat, altered the myoglobin redox forms in aerobic and anaerobic packaging systems. In anaerobic packaging, a mixture of succinate and glutamate formed deoxymyoglobin rapidly and it remained in this state for 13 days. In aerobic packaging (75% O2), the highest oxymyoglobin level occurred with a molar ratio of (glutamate–malate) to citrate of 3:1. In this case, oxymyoglobin was more prevalent after 6–8 days of storage in aerobic condition than without addition of these compounds. Pyruvate induced metmyoglobin formation, acting as a pro-oxidant.Succinate presumed leading to FADH2; was most effective at converting metmyoglobin to deoxymyoglobin in anaerobic packaging. In aerobic packaging, NADH presumed formed by the oxidation of glutamate may maintain oxymyoglobin levels, but adding citrate as well is recommended. Overall, a combination of substrates relevant to mitochondrial oxygen consumption, improved meat color stability.