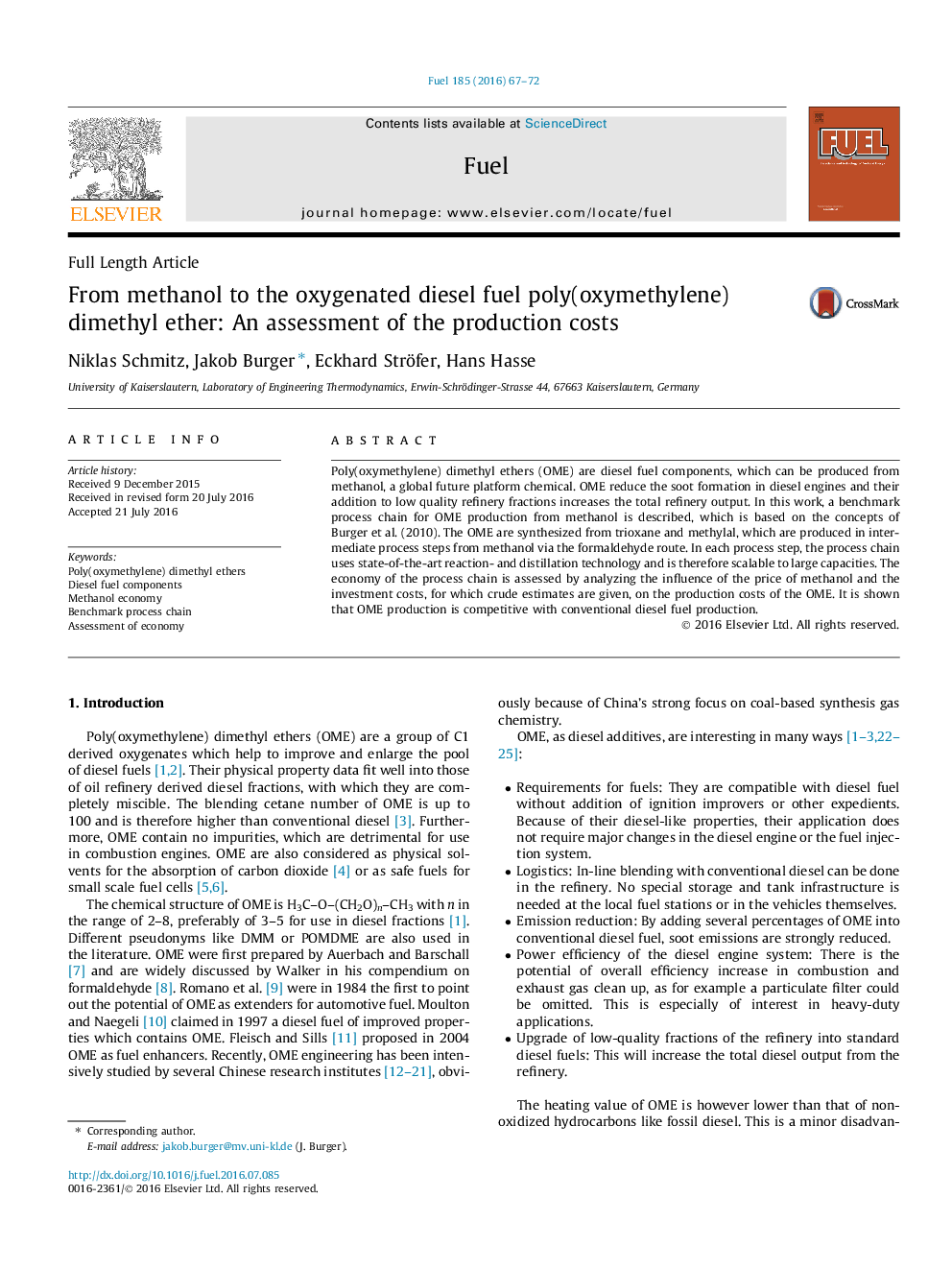 Poly(oxymethylene) dimethyl ethers (OME) are diesel fuel components, which can be produced from methanol, a global future platform chemical. OME reduce the soot formation in diesel engines and their addition to low quality refinery fractions increases the total refinery output. In this work, a benchmark process chain for OME production from methanol is described, which is based on the concepts of Burger et al. (2010). The OME are synthesized from trioxane and methylal, which are produced in intermediate process steps from methanol via the formaldehyde route. In each process step, the process chain uses state-of-the-art reaction- and distillation technology and is therefore scalable to large capacities. The economy of the process chain is assessed by analyzing the influence of the price of methanol and the investment costs, for which crude estimates are given, on the production costs of the OME. It is shown that OME production is competitive with conventional diesel fuel production.