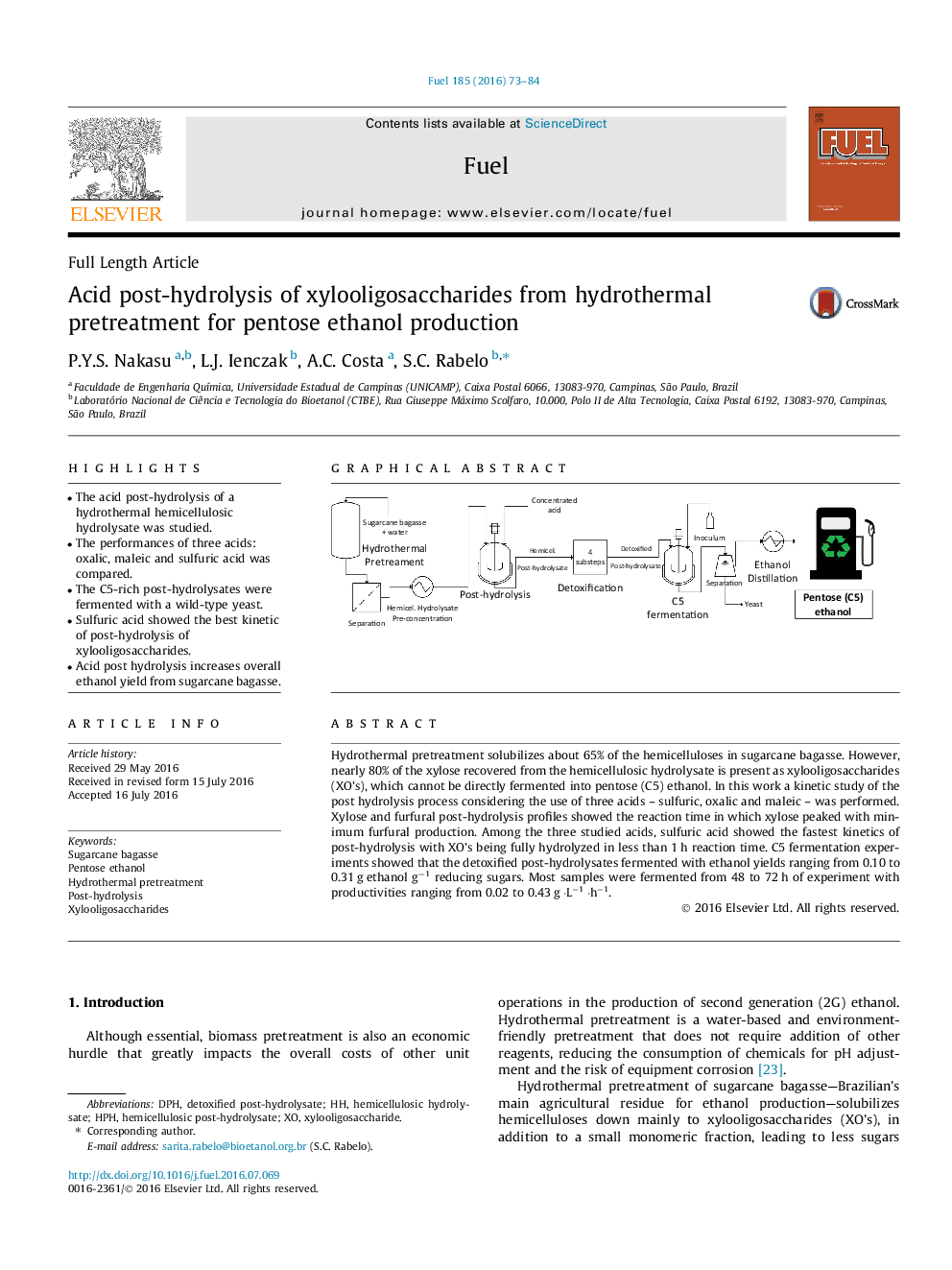 Hydrothermal pretreatment solubilizes about 65% of the hemicelluloses in sugarcane bagasse. However, nearly 80% of the xylose recovered from the hemicellulosic hydrolysate is present as xylooligosaccharides (XO’s), which cannot be directly fermented into pentose (C5) ethanol. In this work a kinetic study of the post hydrolysis process considering the use of three acids – sulfuric, oxalic and maleic – was performed. Xylose and furfural post-hydrolysis profiles showed the reaction time in which xylose peaked with minimum furfural production. Among the three studied acids, sulfuric acid showed the fastest kinetics of post-hydrolysis with XO’s being fully hydrolyzed in less than 1 h reaction time. C5 fermentation experiments showed that the detoxified post-hydrolysates fermented with ethanol yields ranging from 0.10 to 0.31 g ethanol g−1 reducing sugars. Most samples were fermented from 48 to 72 h of experiment with productivities ranging from 0.02 to 0.43 g ·L−1 ·h−1.