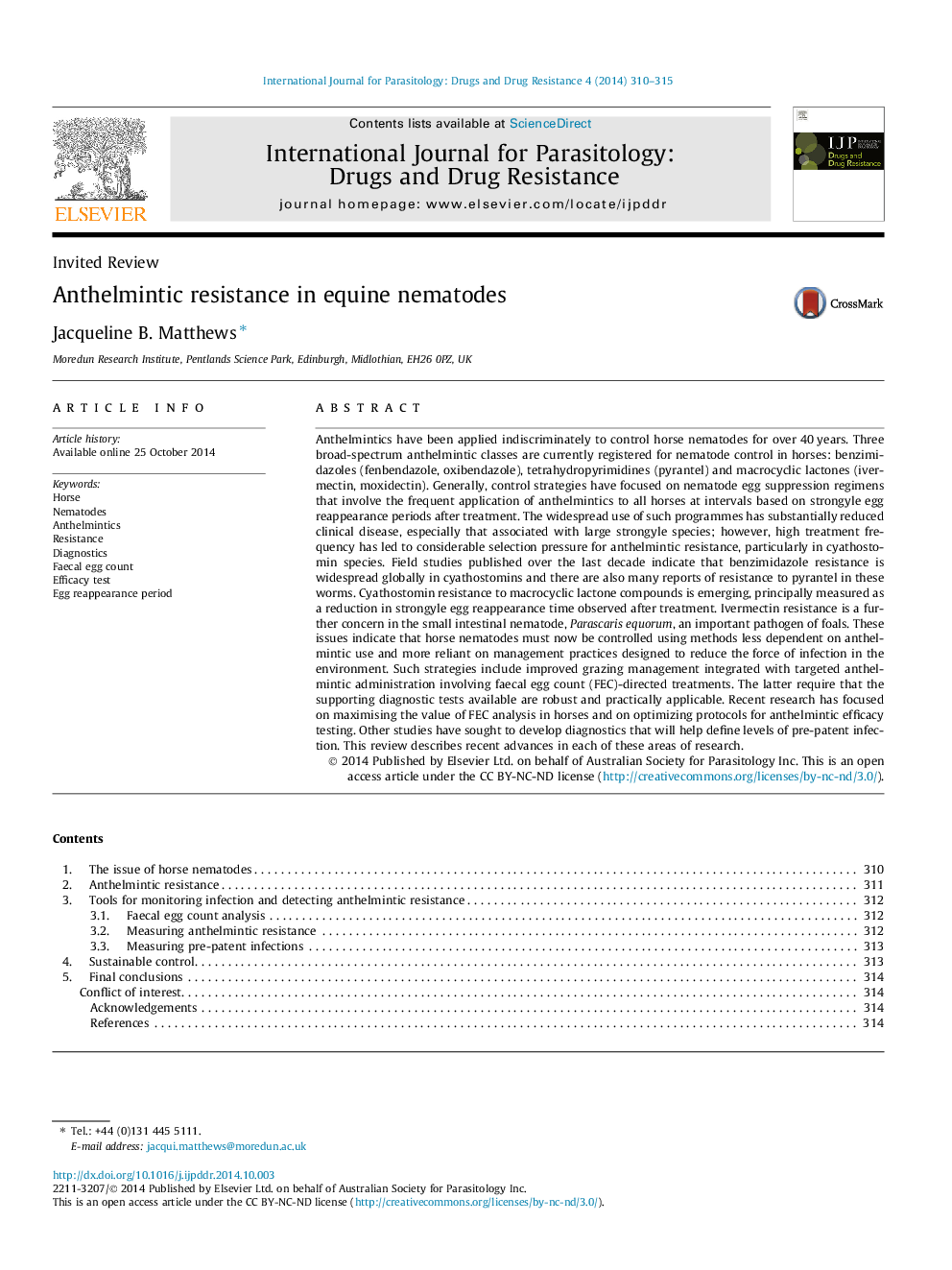 Anthelmintics have been applied indiscriminately to control horse nematodes for over 40 years. Three broad-spectrum anthelmintic classes are currently registered for nematode control in horses: benzimidazoles (fenbendazole, oxibendazole), tetrahydropyrimidines (pyrantel) and macrocyclic lactones (ivermectin, moxidectin). Generally, control strategies have focused on nematode egg suppression regimens that involve the frequent application of anthelmintics to all horses at intervals based on strongyle egg reappearance periods after treatment. The widespread use of such programmes has substantially reduced clinical disease, especially that associated with large strongyle species; however, high treatment frequency has led to considerable selection pressure for anthelmintic resistance, particularly in cyathostomin species. Field studies published over the last decade indicate that benzimidazole resistance is widespread globally in cyathostomins and there are also many reports of resistance to pyrantel in these worms. Cyathostomin resistance to macrocyclic lactone compounds is emerging, principally measured as a reduction in strongyle egg reappearance time observed after treatment. Ivermectin resistance is a further concern in the small intestinal nematode, Parascaris equorum, an important pathogen of foals. These issues indicate that horse nematodes must now be controlled using methods less dependent on anthelmintic use and more reliant on management practices designed to reduce the force of infection in the environment. Such strategies include improved grazing management integrated with targeted anthelmintic administration involving faecal egg count (FEC)-directed treatments. The latter require that the supporting diagnostic tests available are robust and practically applicable. Recent research has focused on maximising the value of FEC analysis in horses and on optimizing protocols for anthelmintic efficacy testing. Other studies have sought to develop diagnostics that will help define levels of pre-patent infection. This review describes recent advances in each of these areas of research.