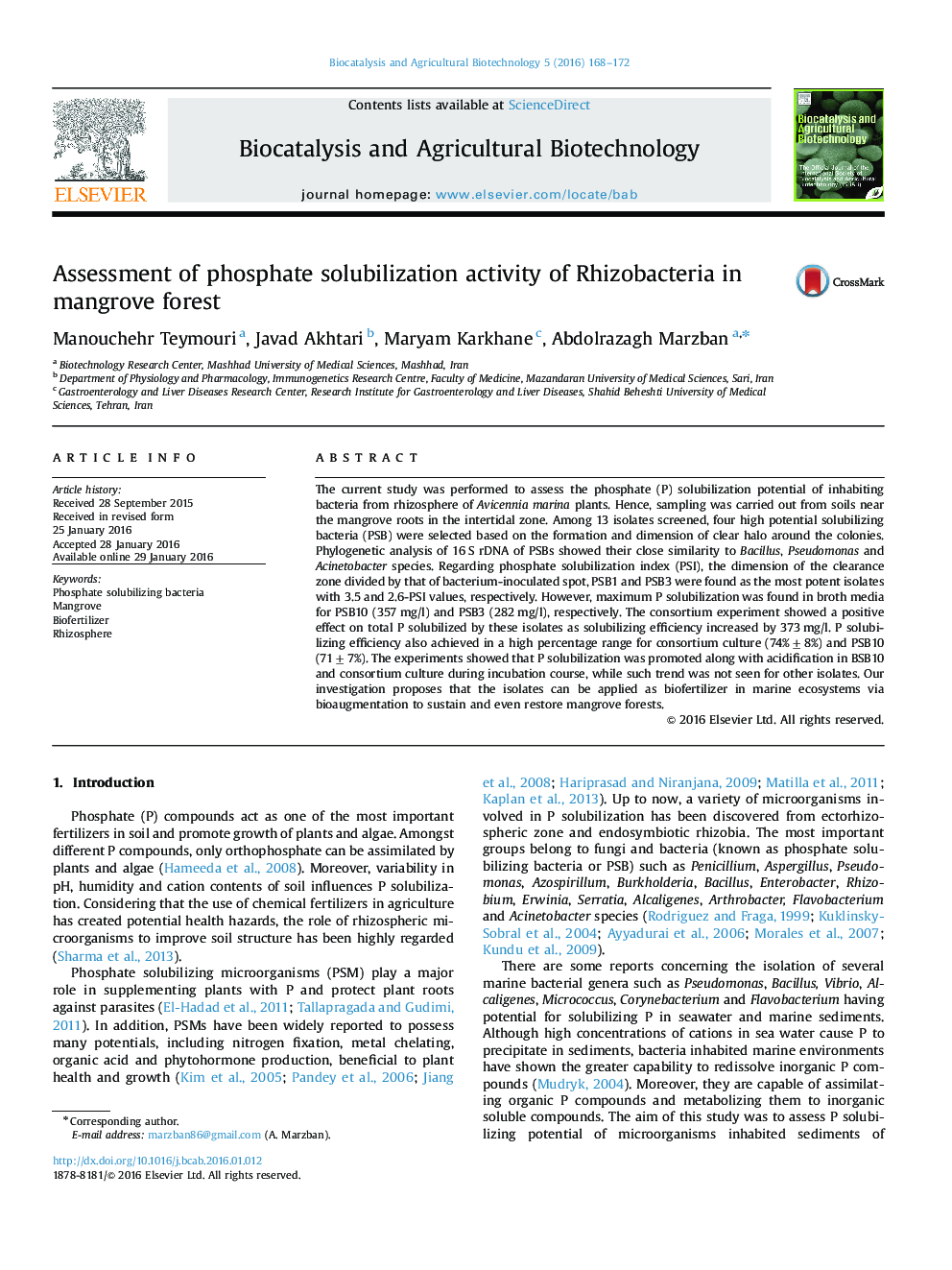 The current study was performed to assess the phosphate (P) solubilization potential of inhabiting bacteria from rhizosphere of Avicennia marina plants. Hence, sampling was carried out from soils near the mangrove roots in the intertidal zone. Among 13 isolates screened, four high potential solubilizing bacteria (PSB) were selected based on the formation and dimension of clear halo around the colonies. Phylogenetic analysis of 16 S rDNA of PSBs showed their close similarity to Bacillus, Pseudomonas and Acinetobacter species. Regarding phosphate solubilization index (PSI), the dimension of the clearance zone divided by that of bacterium-inoculated spot, PSB1 and PSB3 were found as the most potent isolates with 3.5 and 2.6-PSI values, respectively. However, maximum P solubilization was found in broth media for PSB10 (357 mg/l) and PSB3 (282 mg/l), respectively. The consortium experiment showed a positive effect on total P solubilized by these isolates as solubilizing efficiency increased by 373 mg/l. P solubilizing efficiency also achieved in a high percentage range for consortium culture (74%±8%) and PSB10 (71±7%). The experiments showed that P solubilization was promoted along with acidification in BSB10 and consortium culture during incubation course, while such trend was not seen for other isolates. Our investigation proposes that the isolates can be applied as biofertilizer in marine ecosystems via bioaugmentation to sustain and even restore mangrove forests.