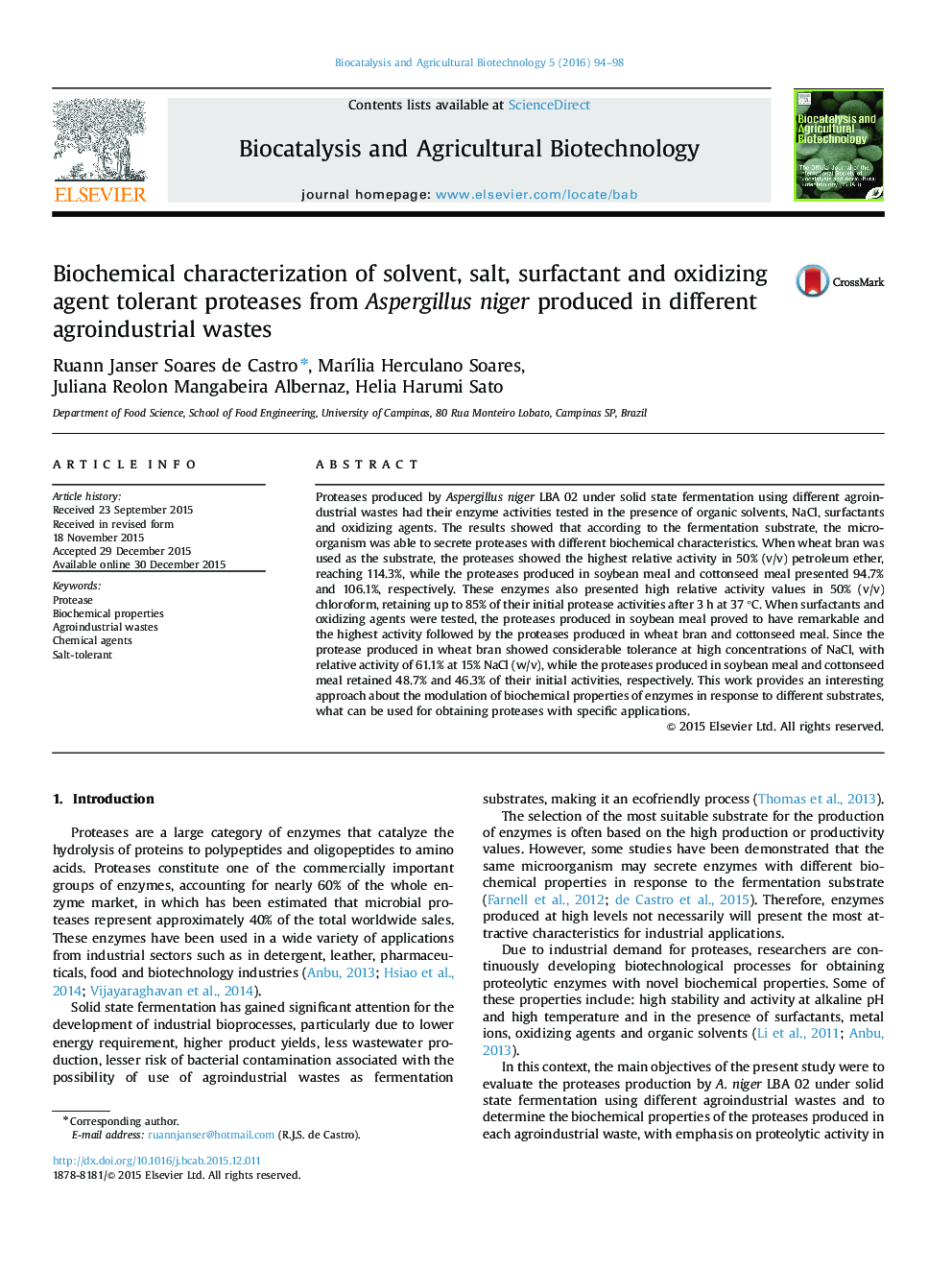 Proteases produced by Aspergillus niger LBA 02 under solid state fermentation using different agroindustrial wastes had their enzyme activities tested in the presence of organic solvents, NaCl, surfactants and oxidizing agents. The results showed that according to the fermentation substrate, the microorganism was able to secrete proteases with different biochemical characteristics. When wheat bran was used as the substrate, the proteases showed the highest relative activity in 50% (v/v) petroleum ether, reaching 114.3%, while the proteases produced in soybean meal and cottonseed meal presented 94.7% and 106.1%, respectively. These enzymes also presented high relative activity values in 50% (v/v) chloroform, retaining up to 85% of their initial protease activities after 3 h at 37 °C. When surfactants and oxidizing agents were tested, the proteases produced in soybean meal proved to have remarkable and the highest activity followed by the proteases produced in wheat bran and cottonseed meal. Since the protease produced in wheat bran showed considerable tolerance at high concentrations of NaCl, with relative activity of 61.1% at 15% NaCl (w/v), while the proteases produced in soybean meal and cottonseed meal retained 48.7% and 46.3% of their initial activities, respectively. This work provides an interesting approach about the modulation of biochemical properties of enzymes in response to different substrates, what can be used for obtaining proteases with specific applications.