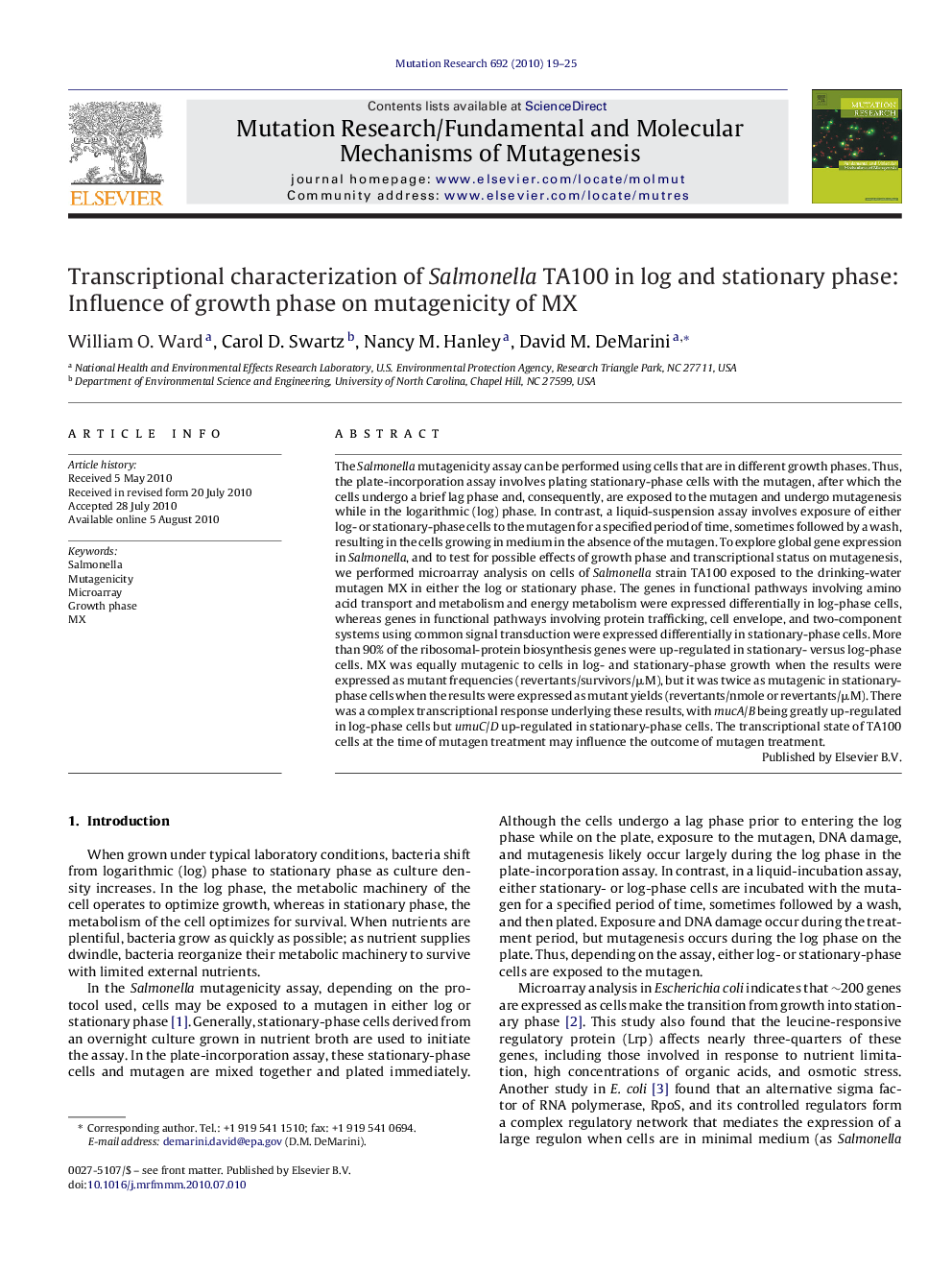 The Salmonella mutagenicity assay can be performed using cells that are in different growth phases. Thus, the plate-incorporation assay involves plating stationary-phase cells with the mutagen, after which the cells undergo a brief lag phase and, consequently, are exposed to the mutagen and undergo mutagenesis while in the logarithmic (log) phase. In contrast, a liquid-suspension assay involves exposure of either log- or stationary-phase cells to the mutagen for a specified period of time, sometimes followed by a wash, resulting in the cells growing in medium in the absence of the mutagen. To explore global gene expression in Salmonella, and to test for possible effects of growth phase and transcriptional status on mutagenesis, we performed microarray analysis on cells of Salmonella strain TA100 exposed to the drinking-water mutagen MX in either the log or stationary phase. The genes in functional pathways involving amino acid transport and metabolism and energy metabolism were expressed differentially in log-phase cells, whereas genes in functional pathways involving protein trafficking, cell envelope, and two-component systems using common signal transduction were expressed differentially in stationary-phase cells. More than 90% of the ribosomal-protein biosynthesis genes were up-regulated in stationary- versus log-phase cells. MX was equally mutagenic to cells in log- and stationary-phase growth when the results were expressed as mutant frequencies (revertants/survivors/μM), but it was twice as mutagenic in stationary-phase cells when the results were expressed as mutant yields (revertants/nmole or revertants/μM). There was a complex transcriptional response underlying these results, with mucA/B being greatly up-regulated in log-phase cells but umuC/D up-regulated in stationary-phase cells. The transcriptional state of TA100 cells at the time of mutagen treatment may influence the outcome of mutagen treatment.