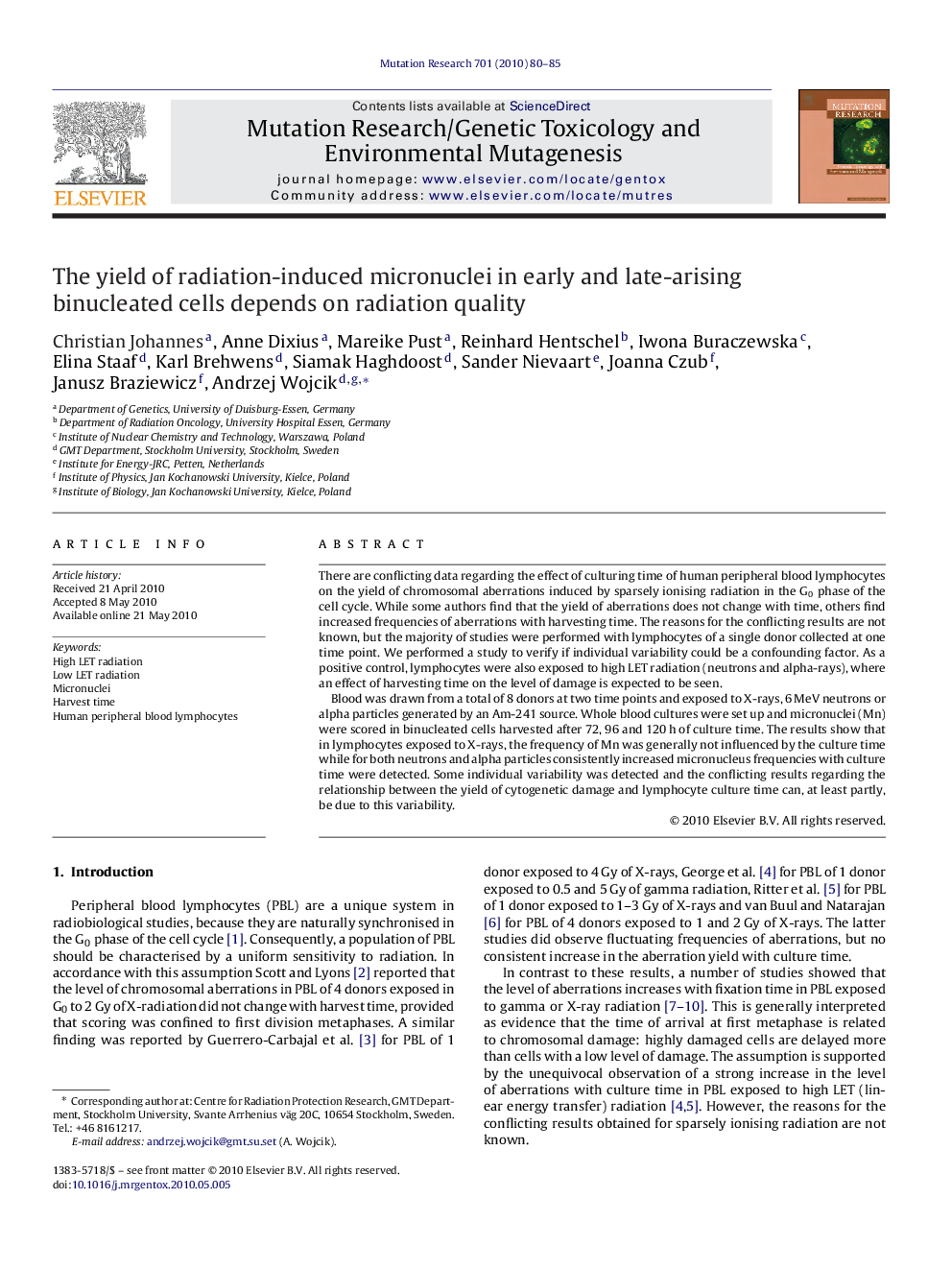 There are conflicting data regarding the effect of culturing time of human peripheral blood lymphocytes on the yield of chromosomal aberrations induced by sparsely ionising radiation in the G0 phase of the cell cycle. While some authors find that the yield of aberrations does not change with time, others find increased frequencies of aberrations with harvesting time. The reasons for the conflicting results are not known, but the majority of studies were performed with lymphocytes of a single donor collected at one time point. We performed a study to verify if individual variability could be a confounding factor. As a positive control, lymphocytes were also exposed to high LET radiation (neutrons and alpha-rays), where an effect of harvesting time on the level of damage is expected to be seen.Blood was drawn from a total of 8 donors at two time points and exposed to X-rays, 6 MeV neutrons or alpha particles generated by an Am-241 source. Whole blood cultures were set up and micronuclei (Mn) were scored in binucleated cells harvested after 72, 96 and 120 h of culture time. The results show that in lymphocytes exposed to X-rays, the frequency of Mn was generally not influenced by the culture time while for both neutrons and alpha particles consistently increased micronucleus frequencies with culture time were detected. Some individual variability was detected and the conflicting results regarding the relationship between the yield of cytogenetic damage and lymphocyte culture time can, at least partly, be due to this variability.