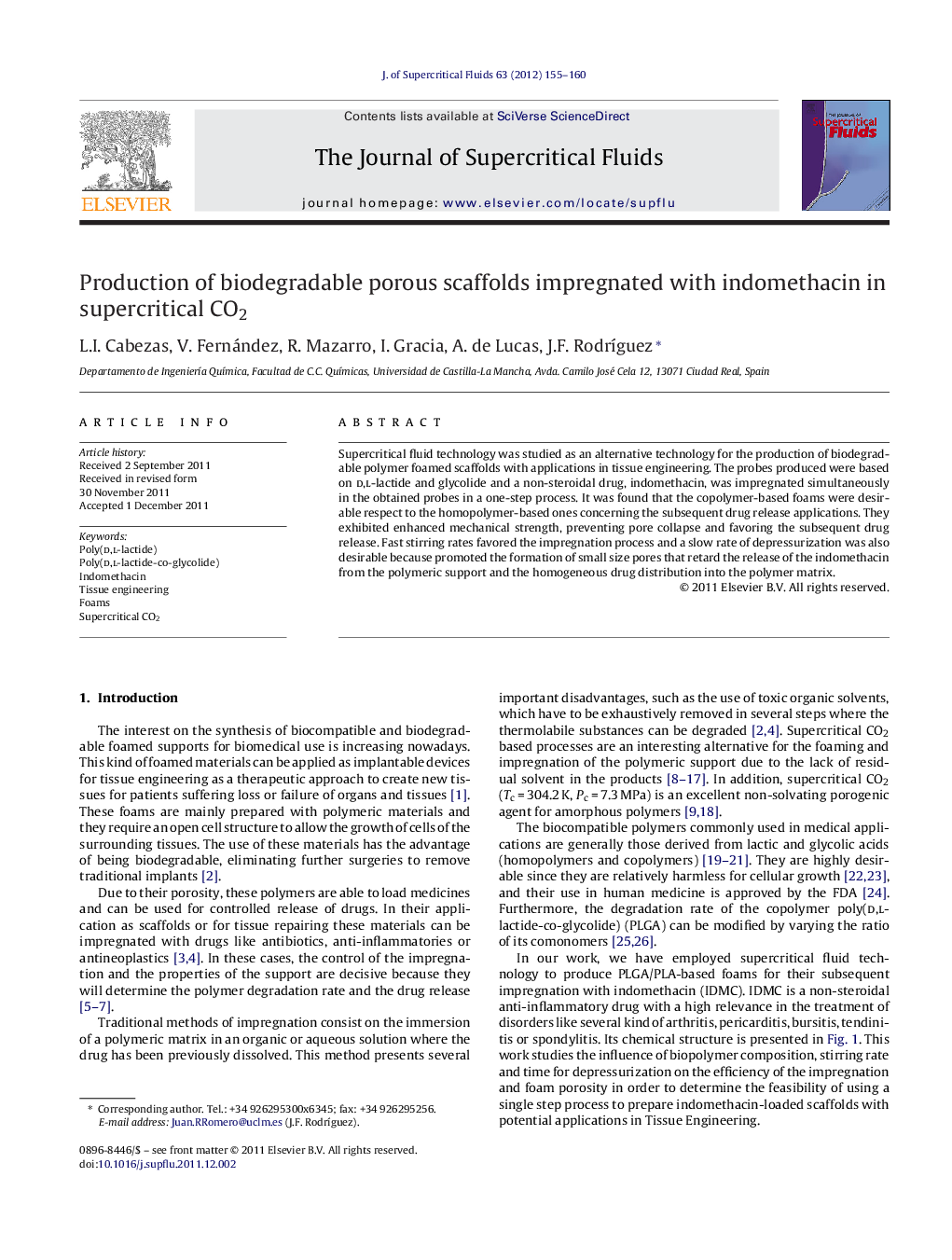 Supercritical fluid technology was studied as an alternative technology for the production of biodegradable polymer foamed scaffolds with applications in tissue engineering. The probes produced were based on d,l-lactide and glycolide and a non-steroidal drug, indomethacin, was impregnated simultaneously in the obtained probes in a one-step process. It was found that the copolymer-based foams were desirable respect to the homopolymer-based ones concerning the subsequent drug release applications. They exhibited enhanced mechanical strength, preventing pore collapse and favoring the subsequent drug release. Fast stirring rates favored the impregnation process and a slow rate of depressurization was also desirable because promoted the formation of small size pores that retard the release of the indomethacin from the polymeric support and the homogeneous drug distribution into the polymer matrix.