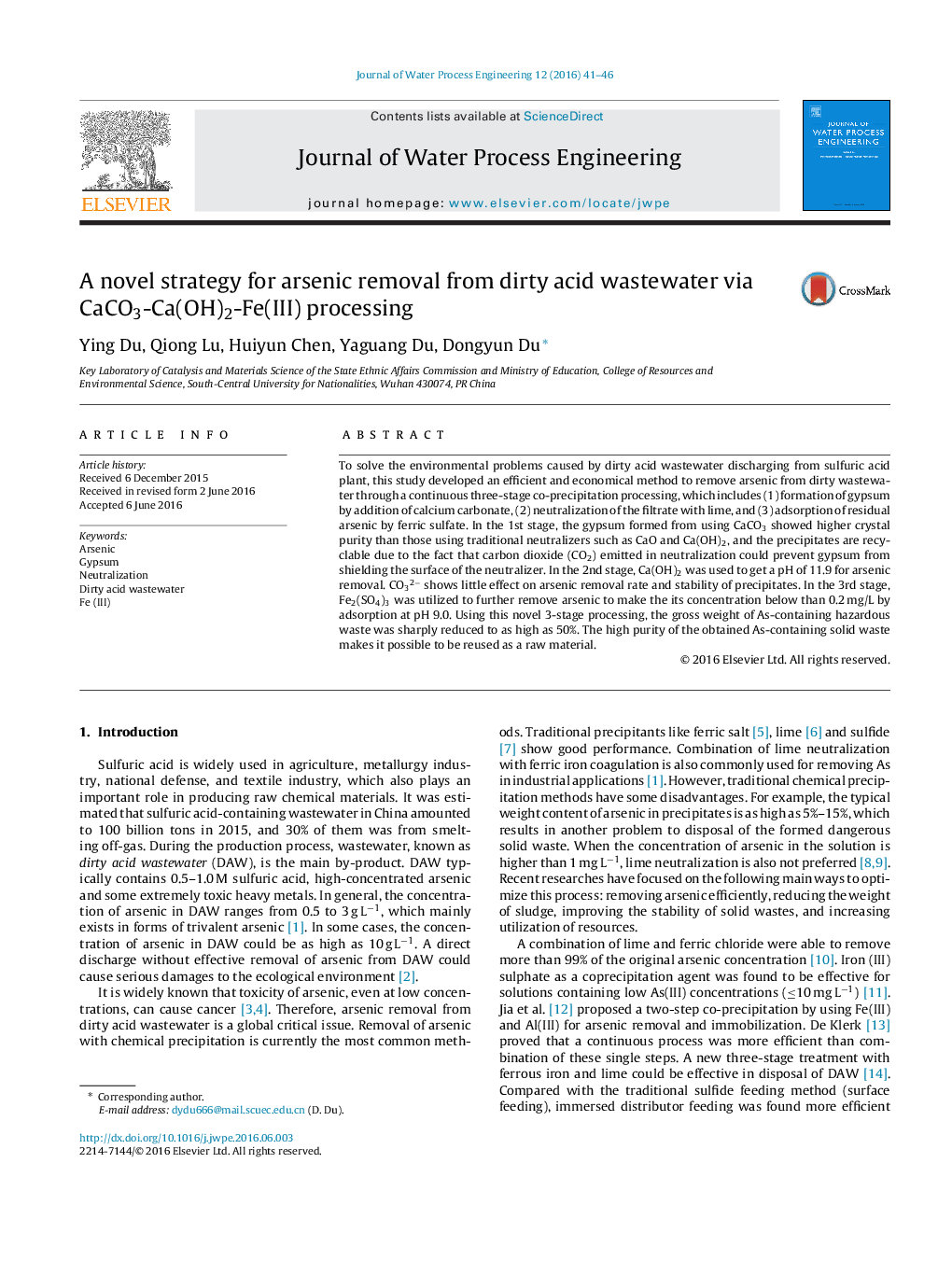 • A novel three-stage process is proposed for disposal the dirty acid wastewater.
• CaCO3 could be used as more suitable neutralizer than others in 1st stage.
• The gypsum by CaCO3 has higher crystal purity and can be reused.
• The effect of CO32− in the 2nd stage can be ignored.

To solve the environmental problems caused by dirty acid wastewater discharging from sulfuric acid plant, this study developed an efficient and economical method to remove arsenic from dirty wastewater through a continuous three-stage co-precipitation processing, which includes (1) formation of gypsum by addition of calcium carbonate, (2) neutralization of the filtrate with lime, and (3) adsorption of residual arsenic by ferric sulfate. In the 1st stage, the gypsum formed from using CaCO3 showed higher crystal purity than those using traditional neutralizers such as CaO and Ca(OH)2, and the precipitates are recyclable due to the fact that carbon dioxide (CO2) emitted in neutralization could prevent gypsum from shielding the surface of the neutralizer. In the 2nd stage, Ca(OH)2 was used to get a pH of 11.9 for arsenic removal. CO32− shows little effect on arsenic removal rate and stability of precipitates. In the 3rd stage, Fe2(SO4)3 was utilized to further remove arsenic to make the its concentration below than 0.2 mg/L by adsorption at pH 9.0. Using this novel 3-stage processing, the gross weight of As-containing hazardous waste was sharply reduced to as high as 50%. The high purity of the obtained As-containing solid waste makes it possible to be reused as a raw material.