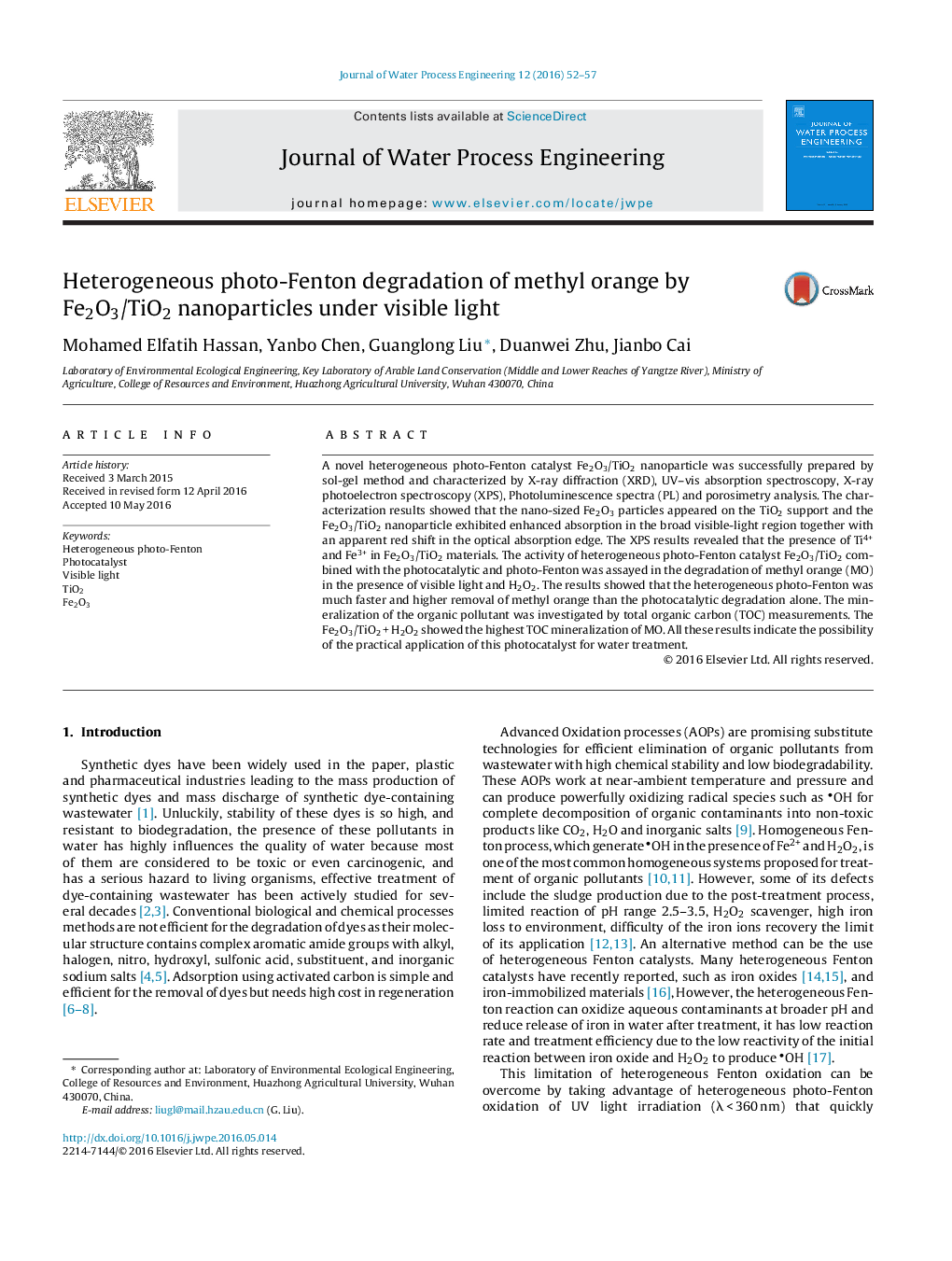 A novel heterogeneous photo-Fenton catalyst Fe2O3/TiO2 nanoparticle was successfully prepared by sol-gel method and characterized by X-ray diffraction (XRD), UV–vis absorption spectroscopy, X-ray photoelectron spectroscopy (XPS), Photoluminescence spectra (PL) and porosimetry analysis. The characterization results showed that the nano-sized Fe2O3 particles appeared on the TiO2 support and the Fe2O3/TiO2 nanoparticle exhibited enhanced absorption in the broad visible-light region together with an apparent red shift in the optical absorption edge. The XPS results revealed that the presence of Ti4+ and Fe3+ in Fe2O3/TiO2 materials. The activity of heterogeneous photo-Fenton catalyst Fe2O3/TiO2 combined with the photocatalytic and photo-Fenton was assayed in the degradation of methyl orange (MO) in the presence of visible light and H2O2. The results showed that the heterogeneous photo-Fenton was much faster and higher removal of methyl orange than the photocatalytic degradation alone. The mineralization of the organic pollutant was investigated by total organic carbon (TOC) measurements. The Fe2O3/TiO2 + H2O2 showed the highest TOC mineralization of MO. All these results indicate the possibility of the practical application of this photocatalyst for water treatment.