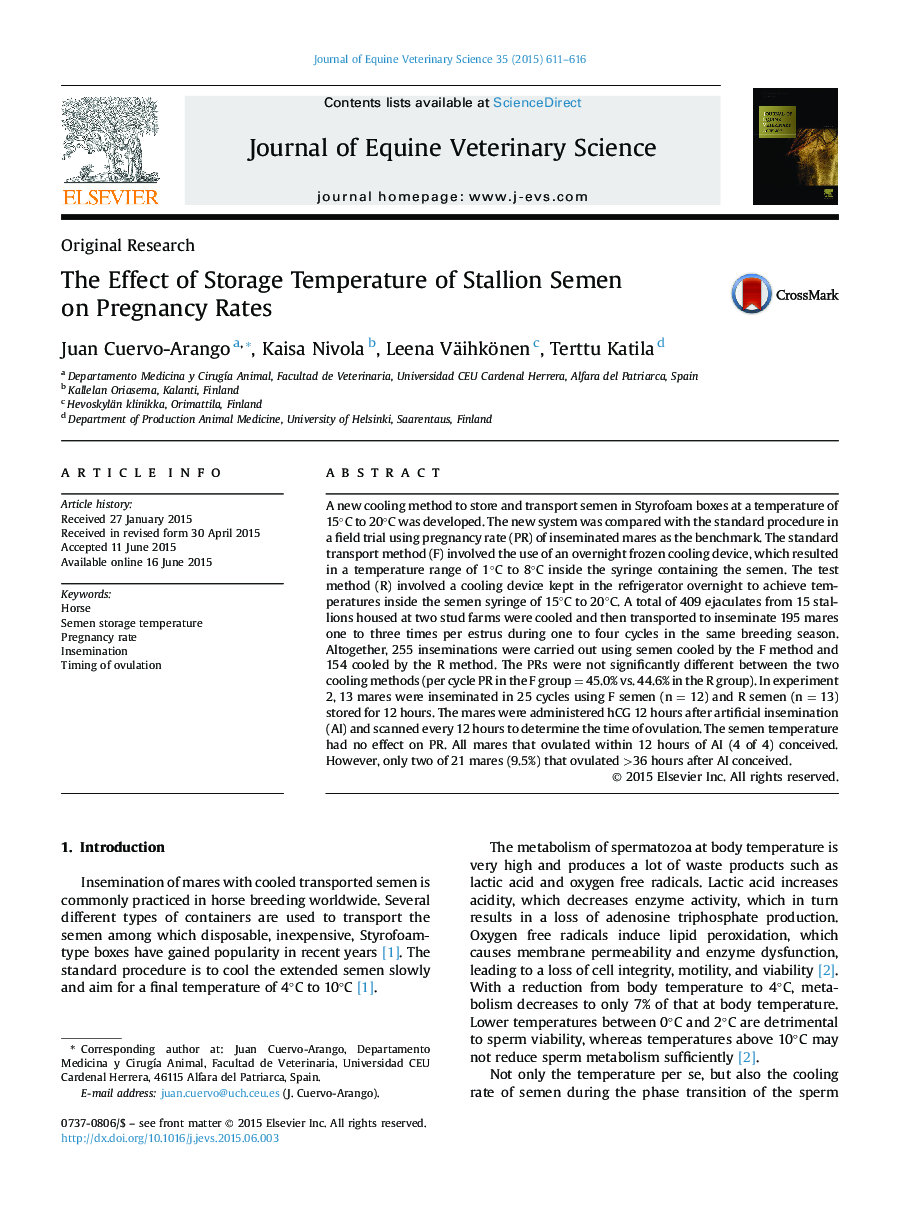 A new cooling method to store and transport semen in Styrofoam boxes at a temperature of 15°C to 20°C was developed. The new system was compared with the standard procedure in a field trial using pregnancy rate (PR) of inseminated mares as the benchmark. The standard transport method (F) involved the use of an overnight frozen cooling device, which resulted in a temperature range of 1°C to 8°C inside the syringe containing the semen. The test method (R) involved a cooling device kept in the refrigerator overnight to achieve temperatures inside the semen syringe of 15°C to 20°C. A total of 409 ejaculates from 15 stallions housed at two stud farms were cooled and then transported to inseminate 195 mares one to three times per estrus during one to four cycles in the same breeding season. Altogether, 255 inseminations were carried out using semen cooled by the F method and 154 cooled by the R method. The PRs were not significantly different between the two cooling methods (per cycle PR in the F group = 45.0% vs. 44.6% in the R group). In experiment 2, 13 mares were inseminated in 25 cycles using F semen (n = 12) and R semen (n = 13) stored for 12 hours. The mares were administered hCG 12 hours after artificial insemination (AI) and scanned every 12 hours to determine the time of ovulation. The semen temperature had no effect on PR. All mares that ovulated within 12 hours of AI (4 of 4) conceived. However, only two of 21 mares (9.5%) that ovulated >36 hours after AI conceived.