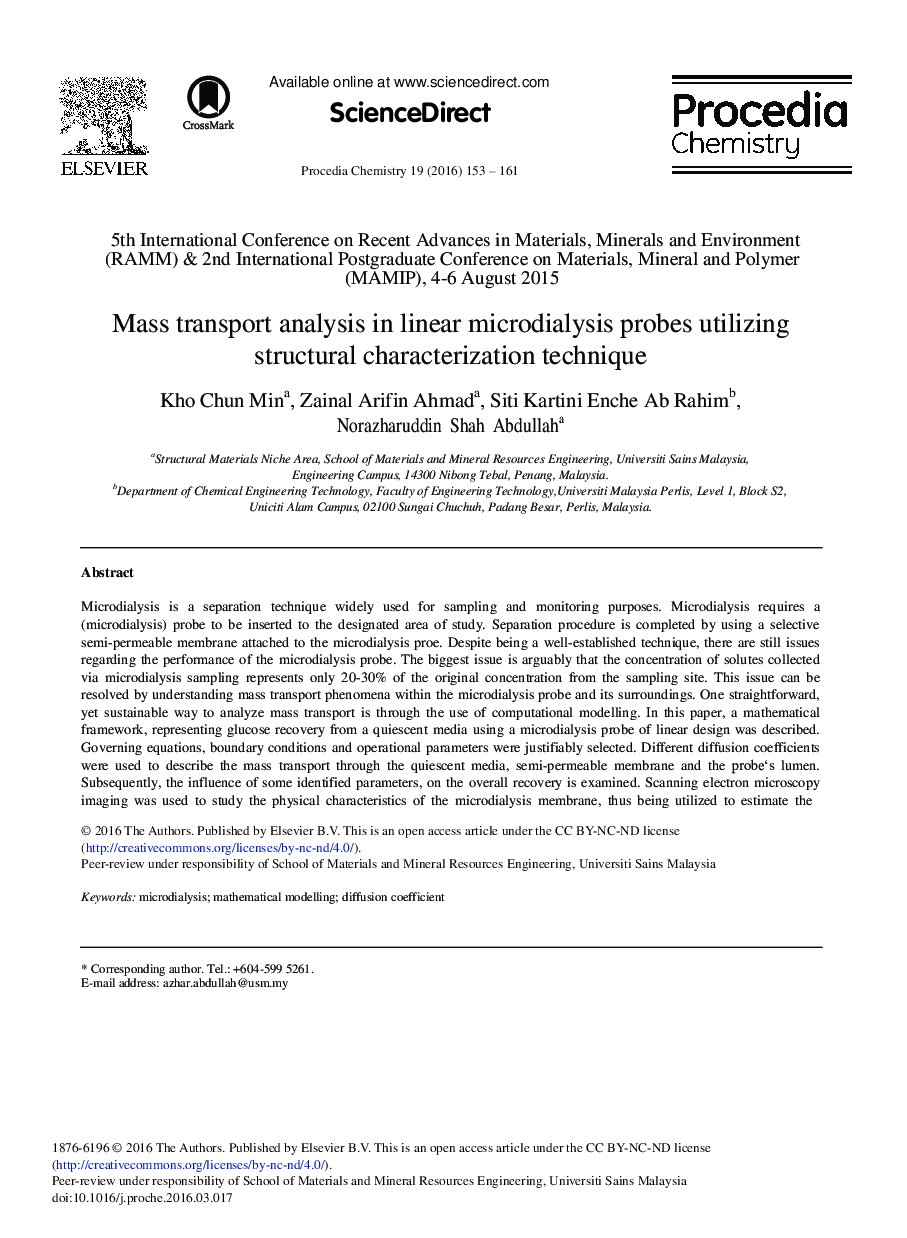 Microdialysis is a separation technique widely used for sampling and monitoring purposes. Microdialysis requires a (microdialysis) probe to be inserted to the designated area of study. Separation procedure is completed by using a selective semi-permeable membrane attached to the microdialysis proe. Despite being a well-established technique, there are still issues regarding the performance of the microdialysis probe. The biggest issue is arguably that the concentration of solutes collected via microdialysis sampling represents only 20-30% of the original concentration from the sampling site. This issue can be resolved by understanding mass transport phenomena within the microdialysis probe and its surroundings. One straightforward, yet sustainable way to analyze mass transport is through the use of computational modelling. In this paper, a mathematical framework, representing glucose recovery from a quiescent media using a microdialysis probe of linear design was described. Governing equations, boundary conditions and operational parameters were justifiably selected. Different diffusion coefficients were used to describe the mass transport through the quiescent media, semi-permeable membrane and the probe's lumen. Subsequently, the influence of some identified parameters, on the overall recovery is examined. Scanning electron microscopy imaging was used to study the physical characteristics of the microdialysis membrane, thus being utilized to estimate the diffusion coefficient values. The impact of using different diffusion coefficient values on the overall recovery was also discussed.