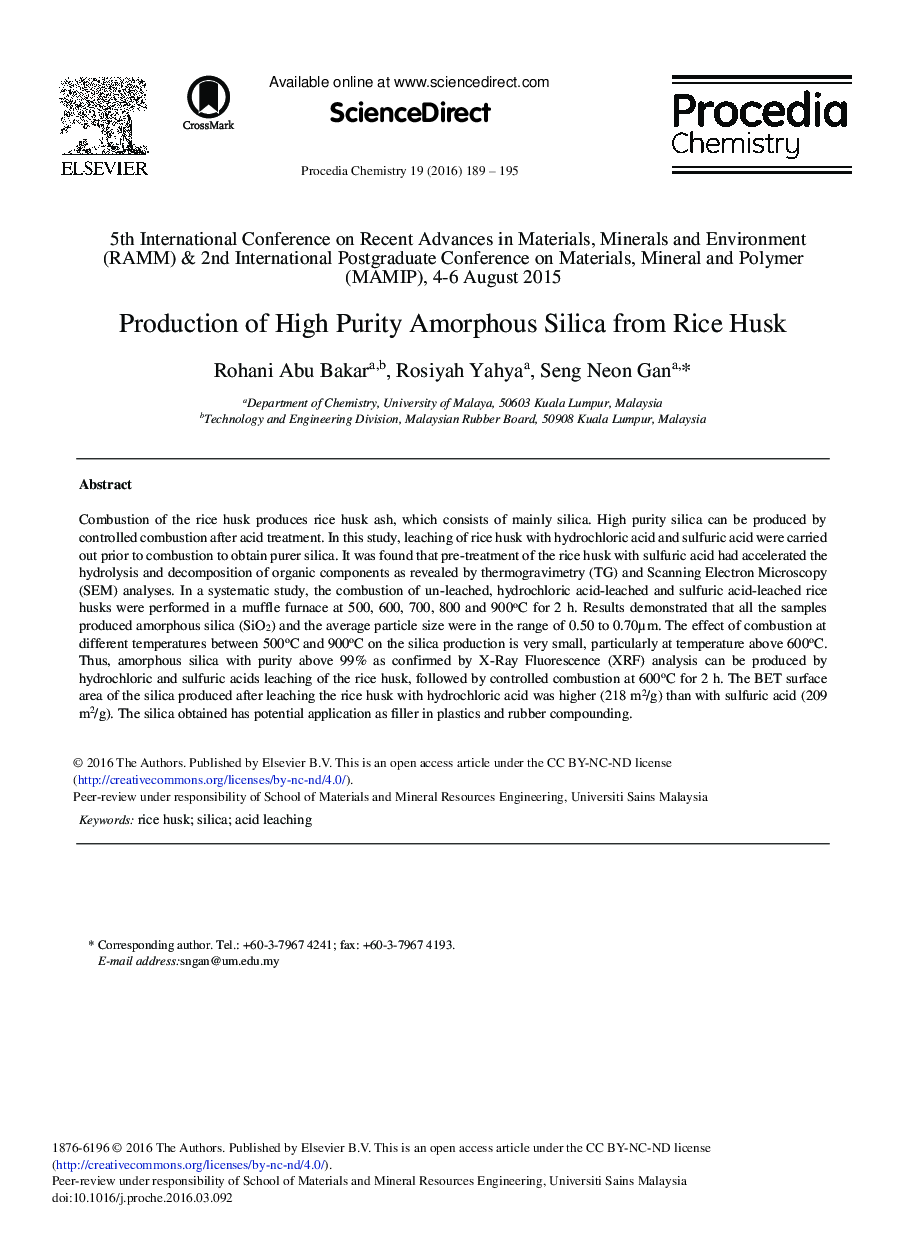 Combustion of the rice husk produces rice husk ash, which consists of mainly silica. High purity silica can be produced by controlled combustion after acid treatment. In this study, leaching of rice husk with hydrochloric acid and sulfuric acid were carried out prior to combustion to obtain purer silica. It was found that pre-treatment of the rice husk with sulfuric acid had accelerated the hydrolysis and decomposition of organic components as revealed by thermogravimetry (TG) and Scanning Electron Microscopy (SEM) analyses. In a systematic study, the combustion of un-leached, hydrochloric acid-leached and sulfuric acid-leached rice husks were performed in a muffle furnace at 500, 600, 700, 800 and 900oC for 2 h. Results demonstrated that all the samples produced amorphous silica (SiO2) and the average particle size were in the range of 0.50 to 0.70 μm. The effect of combustion at different temperatures between 500oC and 900oC on the silica production is very small, particularly at temperature above 600oC. Thus, amorphous silica with purity above 99% as confirmed by X-Ray Fluorescence (XRF) analysis can be produced by hydrochloric and sulfuric acids leaching of the rice husk, followed by controlled combustion at 600oC for 2 h. The BET surface area of the silica produced after leaching the rice husk with hydrochloric acid was higher (218 m2/g) than with sulfuric acid (209 m2/g). The silica obtained has potential application as filler in plastics and rubber compounding.