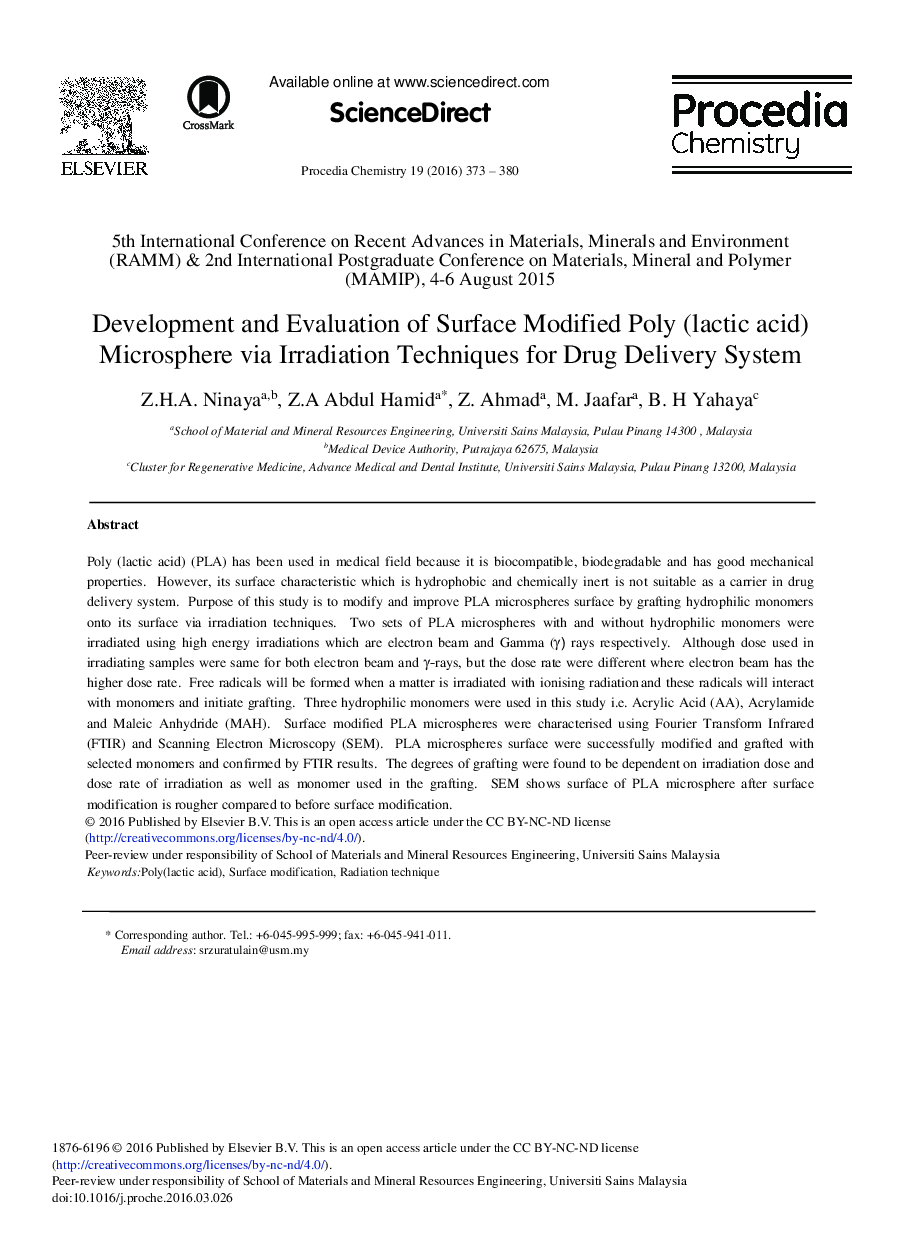 Poly (lactic acid) (PLA) has been used in medical field because it is biocompatible, biodegradable and has good mechanical properties. However, its surface characteristic which is hydrophobic and chemically inert is not suitable as a carrier in drug delivery system. Purpose of this study is to modify and improve PLA microspheres surface by grafting hydrophilic monomers onto its surface via irradiation techniques. Two sets of PLA microspheres with and without hydrophilic monomers were irradiated using high energy irradiations which are electron beam and Gamma (γ) rays respectively. Although dose used in irradiating samples were same for both electron beam and γ-rays, but the dose rate were different where electron beam has the higher dose rate. Free radicals will be formed when a matter is irradiated with ionising radiation and these radicals will interact with monomers and initiate grafting. Three hydrophilic monomers were used in this study i.e. Acrylic Acid (AA), Acrylamide and Maleic Anhydride (MAH). Surface modified PLA microspheres were characterised using Fourier Transform Infrared (FTIR) and Scanning Electron Microscopy (SEM). PLA microspheres surface were successfully modified and grafted with selected monomers and confirmed by FTIR results. The degrees of grafting were found to be dependent on irradiation dose and dose rate of irradiation as well as monomer used in the grafting. SEM shows surface of PLA microsphere after surface modification is rougher compared to before surface modification.