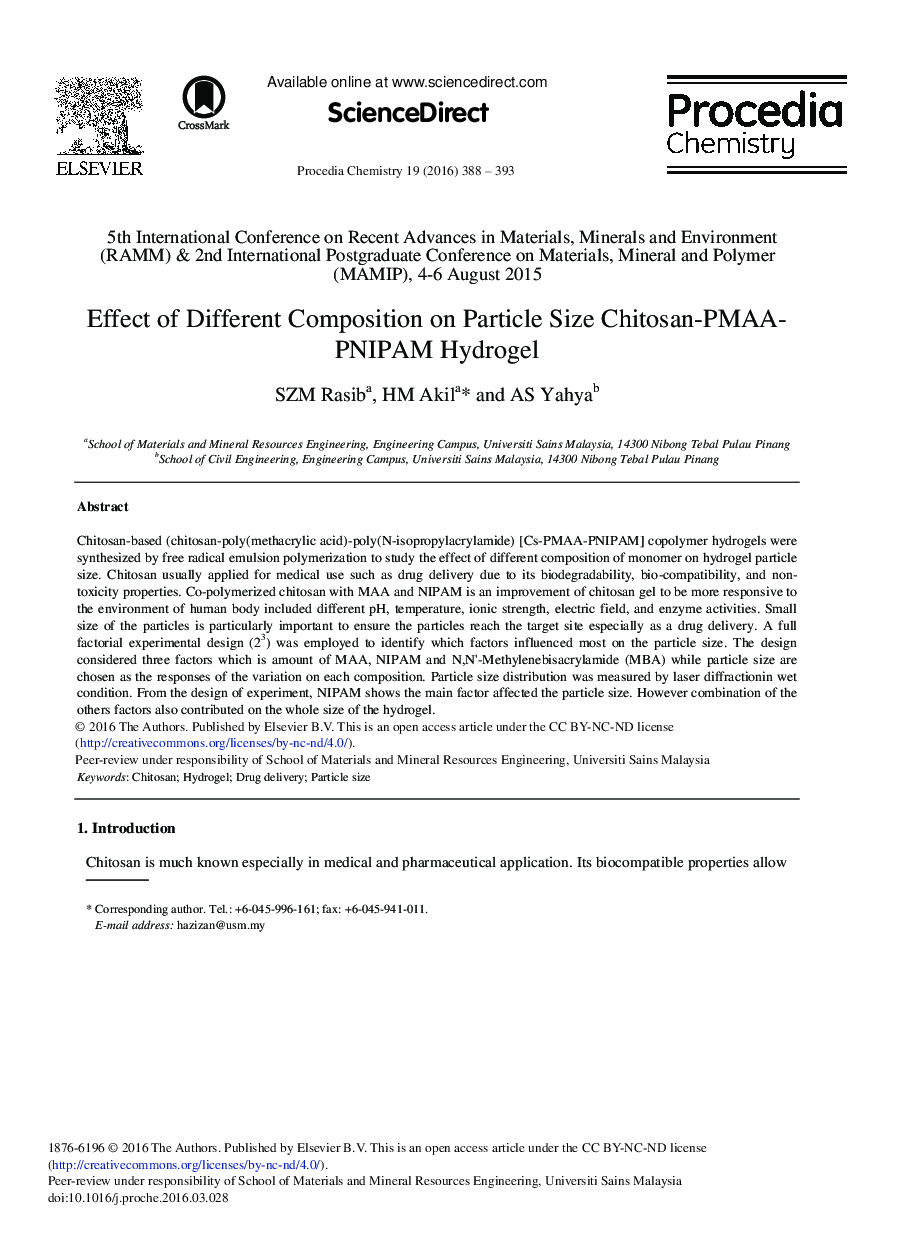 Chitosan-based (chitosan-poly(methacrylic acid)-poly(N-isopropylacrylamide) [Cs-PMAA-PNIPAM] copolymer hydrogels were synthesized by free radical emulsion polymerization to study the effect of different composition of monomer on hydrogel particle size. Chitosan usually applied for medical use such as drug delivery due to its biodegradability, bio-compatibility, and non-toxicity properties. Co-polymerized chitosan with MAA and NIPAM is an improvement of chitosan gel to be more responsive to the environment of human body included different pH, temperature, ionic strength, electric field, and enzyme activities. Small size of the particles is particularly important to ensure the particles reach the target site especially as a drug delivery. A full factorial experimental design (23) was employed to identify which factors influenced most on the particle size. The design considered three factors which is amount of MAA, NIPAM and N,N’-Methylenebisacrylamide (MBA) while particle size are chosen as the responses of the variation on each composition. Particle size distribution was measured by laser diffractionin wet condition. From the design of experiment, NIPAM shows the main factor affected the particle size. However combination of the others factors also contributed on the whole size of the hydrogel.