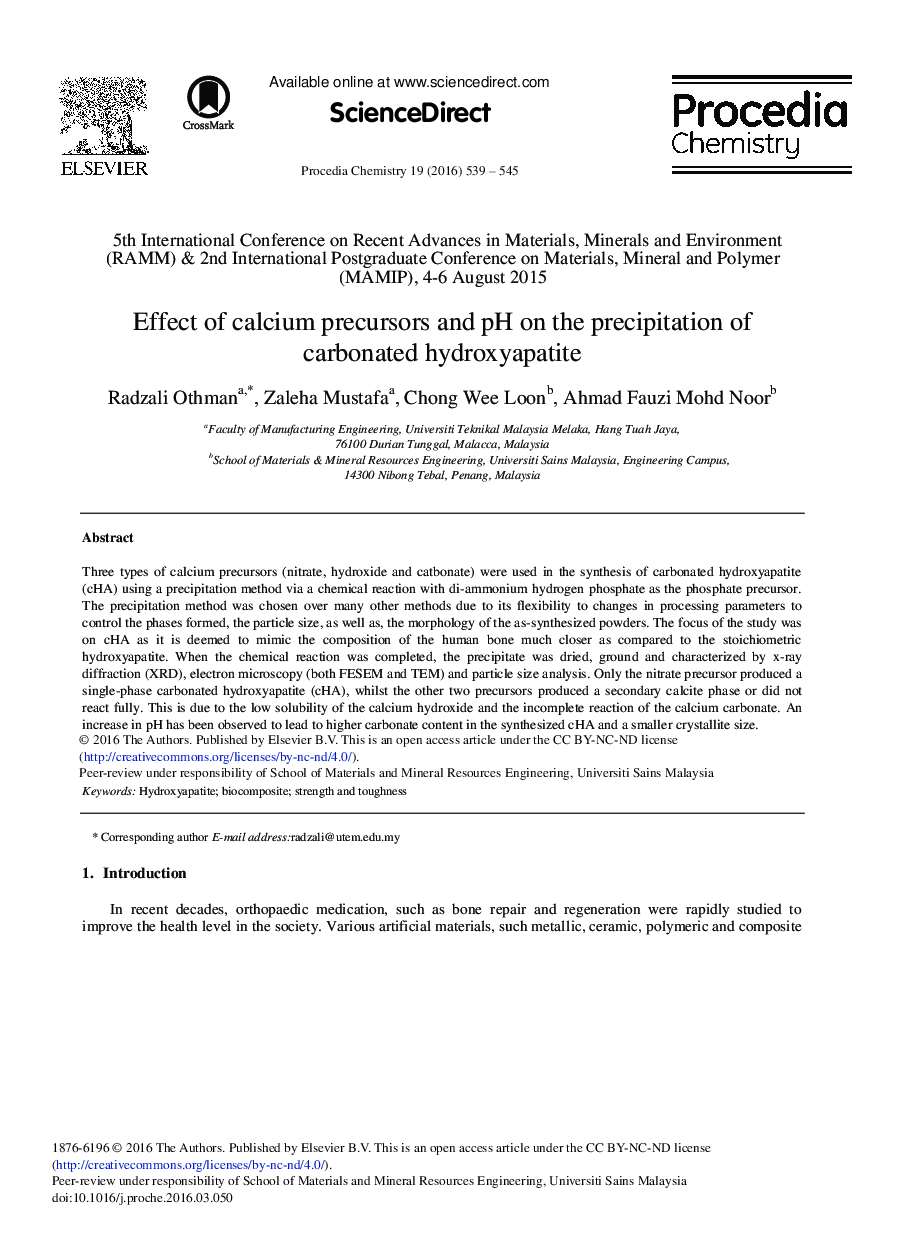 Three types of calcium precursors (nitrate, hydroxide and catbonate) were used in the synthesis of carbonated hydroxyapatite (cHA) using a precipitation method via a chemical reaction with di-ammonium hydrogen phosphate as the phosphate precursor. The precipitation method was chosen over many other methods due to its flexibility to changes in processing parameters to control the phases formed, the particle size, as well as, the morphology of the as-synthesized powders. The focus of the study was on cHA as it is deemed to mimic the composition of the human bone much closer as compared to the stoichiometric hydroxyapatite. When the chemical reaction was completed, the precipitate was dried, ground and characterized by x-ray diffraction (XRD), electron microscopy (both FESEM and TEM) and particle size analysis. Only the nitrate precursor produced a single-phase carbonated hydroxyapatite (cHA), whilst the other two precursors produced a secondary calcite phase or did not react fully. This is due to the low solubility of the calcium hydroxide and the incomplete reaction of the calcium carbonate. An increase in pH has been observed to lead to higher carbonate content in the synthesized cHA and a smaller crystallite size.