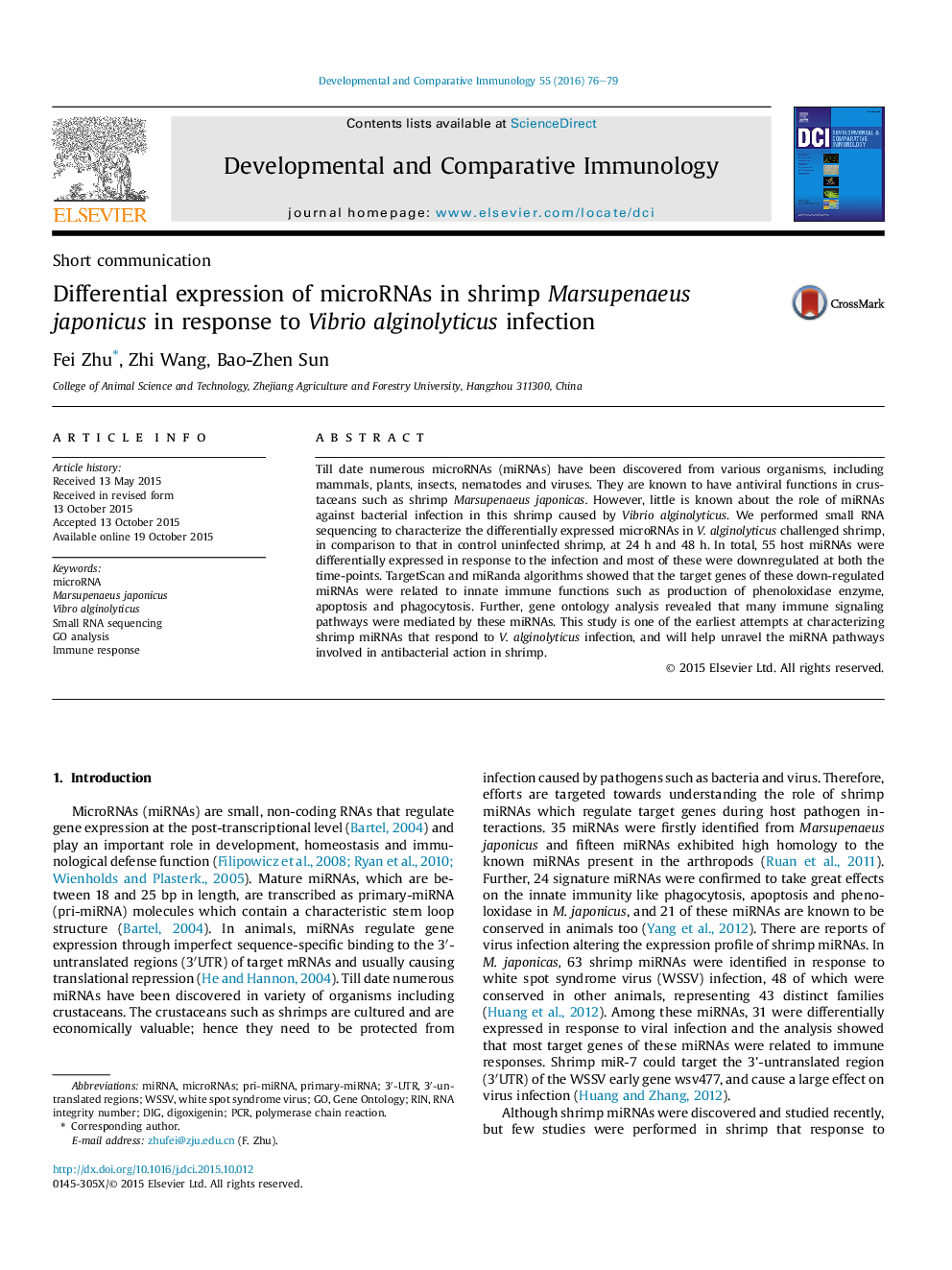 Till date numerous microRNAs (miRNAs) have been discovered from various organisms, including mammals, plants, insects, nematodes and viruses. They are known to have antiviral functions in crustaceans such as shrimp Marsupenaeus japonicas. However, little is known about the role of miRNAs against bacterial infection in this shrimp caused by Vibrio alginolyticus. We performed small RNA sequencing to characterize the differentially expressed microRNAs in V. alginolyticus challenged shrimp, in comparison to that in control uninfected shrimp, at 24 h and 48 h. In total, 55 host miRNAs were differentially expressed in response to the infection and most of these were downregulated at both the time-points. TargetScan and miRanda algorithms showed that the target genes of these down-regulated miRNAs were related to innate immune functions such as production of phenoloxidase enzyme, apoptosis and phagocytosis. Further, gene ontology analysis revealed that many immune signaling pathways were mediated by these miRNAs. This study is one of the earliest attempts at characterizing shrimp miRNAs that respond to V. alginolyticus infection, and will help unravel the miRNA pathways involved in antibacterial action in shrimp.