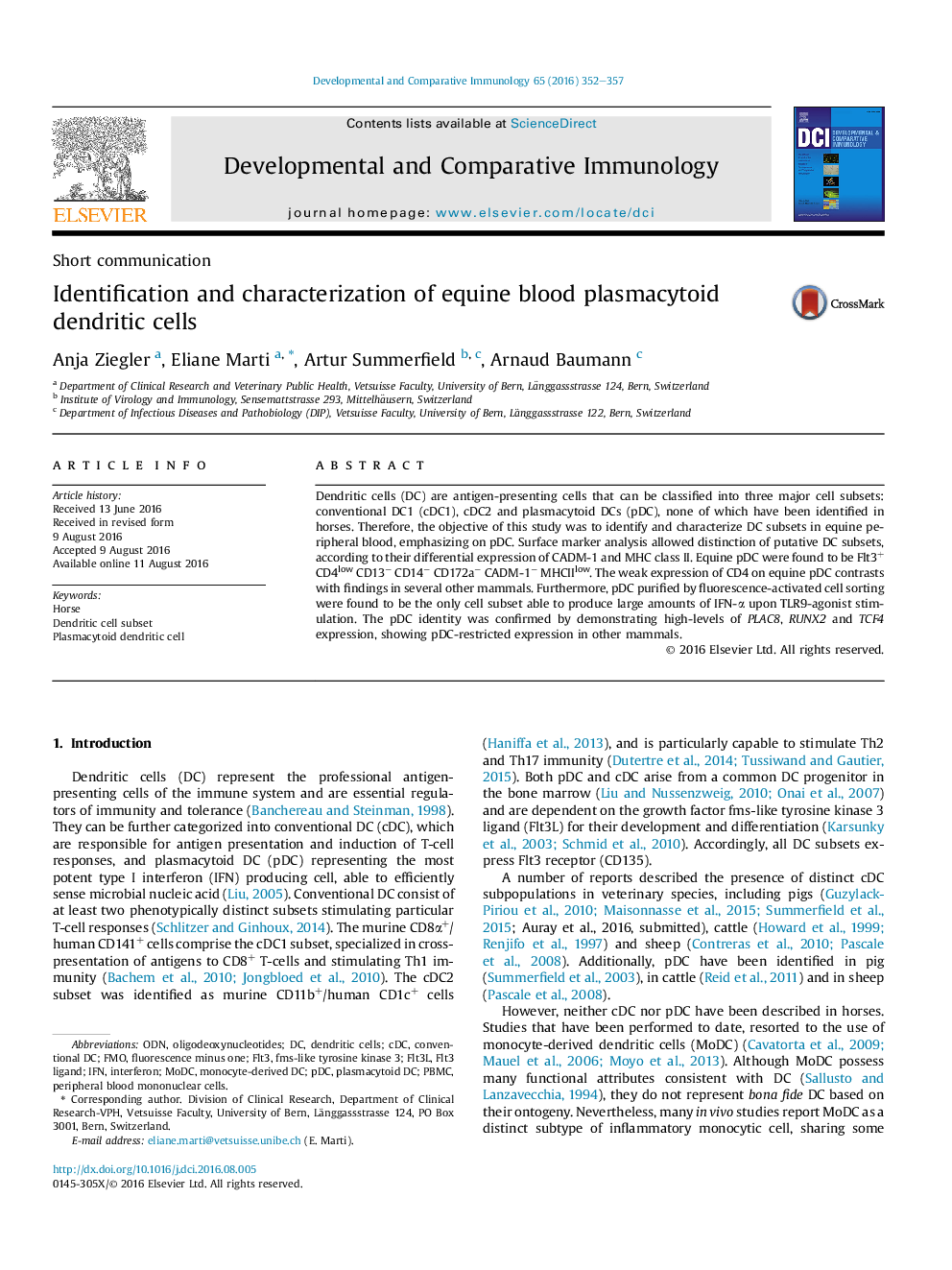 Dendritic cells (DC) are antigen-presenting cells that can be classified into three major cell subsets: conventional DC1 (cDC1), cDC2 and plasmacytoid DCs (pDC), none of which have been identified in horses. Therefore, the objective of this study was to identify and characterize DC subsets in equine peripheral blood, emphasizing on pDC. Surface marker analysis allowed distinction of putative DC subsets, according to their differential expression of CADM-1 and MHC class II. Equine pDC were found to be Flt3+ CD4low CD13− CD14− CD172a− CADM-1− MHCIIlow. The weak expression of CD4 on equine pDC contrasts with findings in several other mammals. Furthermore, pDC purified by fluorescence-activated cell sorting were found to be the only cell subset able to produce large amounts of IFN-α upon TLR9-agonist stimulation. The pDC identity was confirmed by demonstrating high-levels of PLAC8, RUNX2 and TCF4 expression, showing pDC-restricted expression in other mammals.