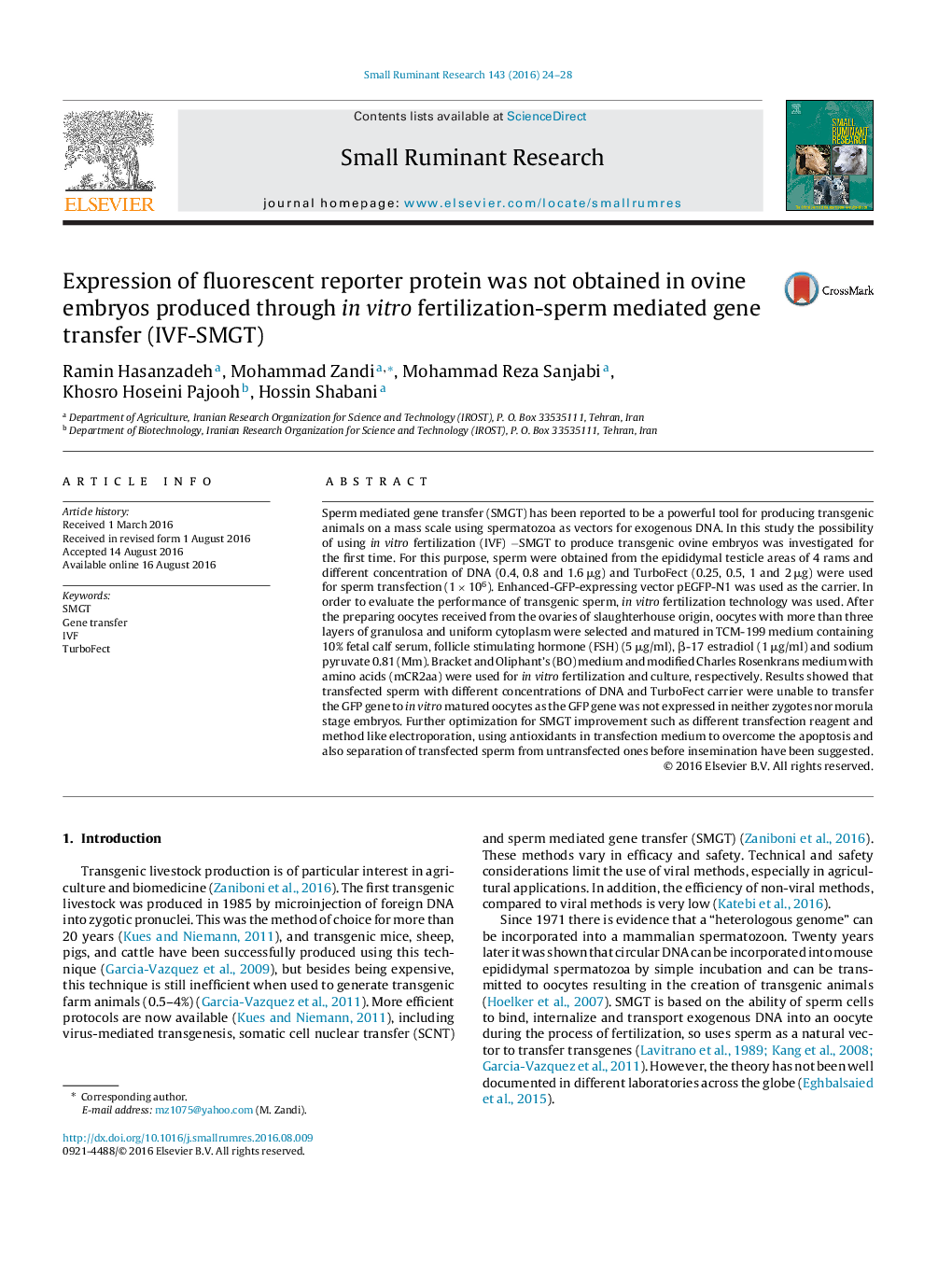 Sperm mediated gene transfer (SMGT) has been reported to be a powerful tool for producing transgenic animals on a mass scale using spermatozoa as vectors for exogenous DNA. In this study the possibility of using in vitro fertilization (IVF) −SMGT to produce transgenic ovine embryos was investigated for the first time. For this purpose, sperm were obtained from the epididymal testicle areas of 4 rams and different concentration of DNA (0.4, 0.8 and 1.6 μg) and TurboFect (0.25, 0.5, 1 and 2 μg) were used for sperm transfection (1 × 106). Enhanced-GFP-expressing vector pEGFP-N1 was used as the carrier. In order to evaluate the performance of transgenic sperm, in vitro fertilization technology was used. After the preparing oocytes received from the ovaries of slaughterhouse origin, oocytes with more than three layers of granulosa and uniform cytoplasm were selected and matured in TCM-199 medium containing 10% fetal calf serum, follicle stimulating hormone (FSH) (5 μg/ml), β-17 estradiol (1 μg/ml) and sodium pyruvate 0.81 (Mm). Bracket and Oliphant’s (BO) medium and modified Charles Rosenkrans medium with amino acids (mCR2aa) were used for in vitro fertilization and culture, respectively. Results showed that transfected sperm with different concentrations of DNA and TurboFect carrier were unable to transfer the GFP gene to in vitro matured oocytes as the GFP gene was not expressed in neither zygotes nor morula stage embryos. Further optimization for SMGT improvement such as different transfection reagent and method like electroporation, using antioxidants in transfection medium to overcome the apoptosis and also separation of transfected sperm from untransfected ones before insemination have been suggested.