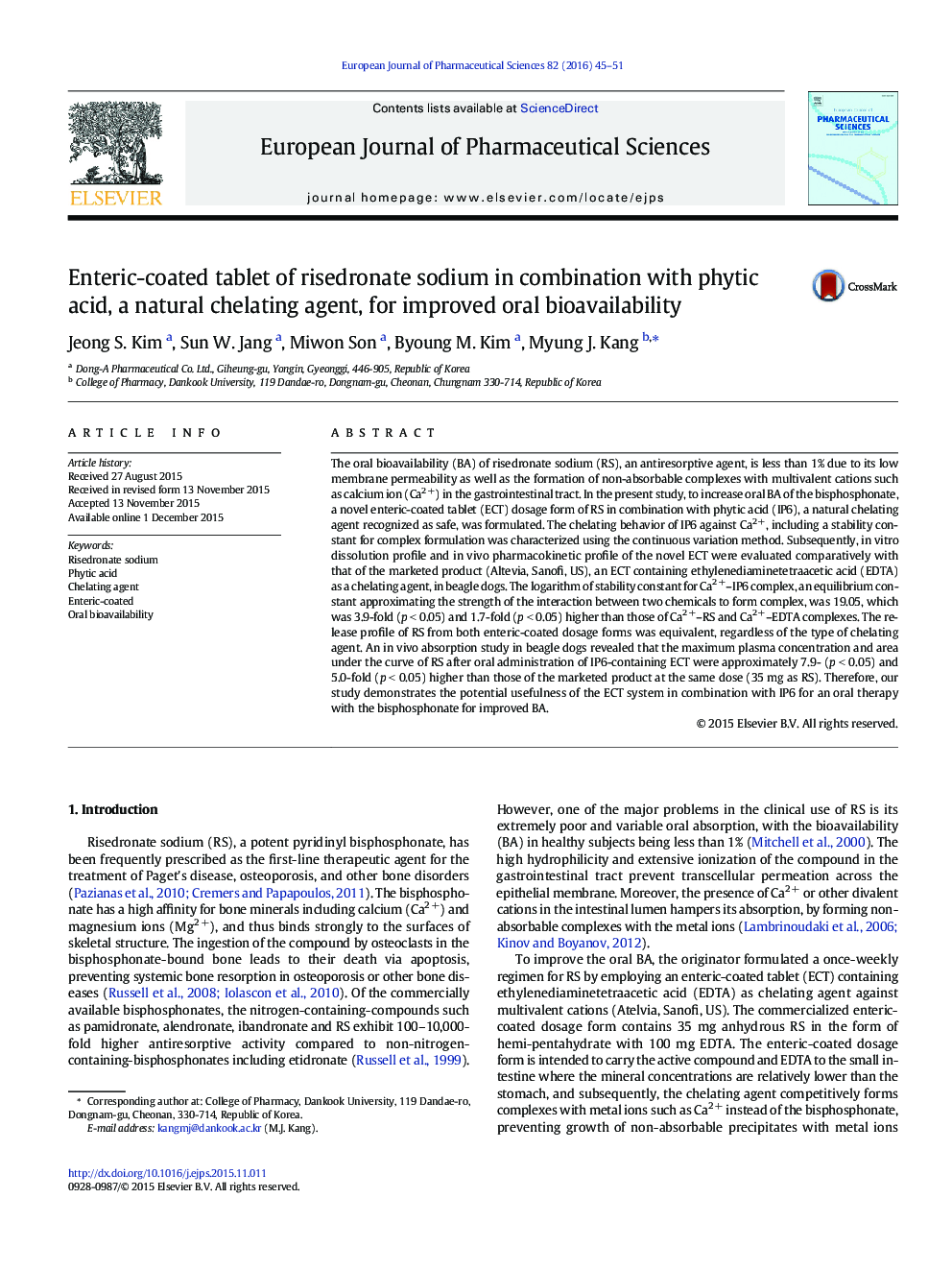 The oral bioavailability (BA) of risedronate sodium (RS), an antiresorptive agent, is less than 1% due to its low membrane permeability as well as the formation of non-absorbable complexes with multivalent cations such as calcium ion (Ca2 +) in the gastrointestinal tract. In the present study, to increase oral BA of the bisphosphonate, a novel enteric-coated tablet (ECT) dosage form of RS in combination with phytic acid (IP6), a natural chelating agent recognized as safe, was formulated. The chelating behavior of IP6 against Ca2 +, including a stability constant for complex formulation was characterized using the continuous variation method. Subsequently, in vitro dissolution profile and in vivo pharmacokinetic profile of the novel ECT were evaluated comparatively with that of the marketed product (Altevia, Sanofi, US), an ECT containing ethylenediaminetetraacetic acid (EDTA) as a chelating agent, in beagle dogs. The logarithm of stability constant for Ca2 +–IP6 complex, an equilibrium constant approximating the strength of the interaction between two chemicals to form complex, was 19.05, which was 3.9-fold (p < 0.05) and 1.7-fold (p < 0.05) higher than those of Ca2 +–RS and Ca2 +–EDTA complexes. The release profile of RS from both enteric-coated dosage forms was equivalent, regardless of the type of chelating agent. An in vivo absorption study in beagle dogs revealed that the maximum plasma concentration and area under the curve of RS after oral administration of IP6-containing ECT were approximately 7.9- (p < 0.05) and 5.0-fold (p < 0.05) higher than those of the marketed product at the same dose (35 mg as RS). Therefore, our study demonstrates the potential usefulness of the ECT system in combination with IP6 for an oral therapy with the bisphosphonate for improved BA.