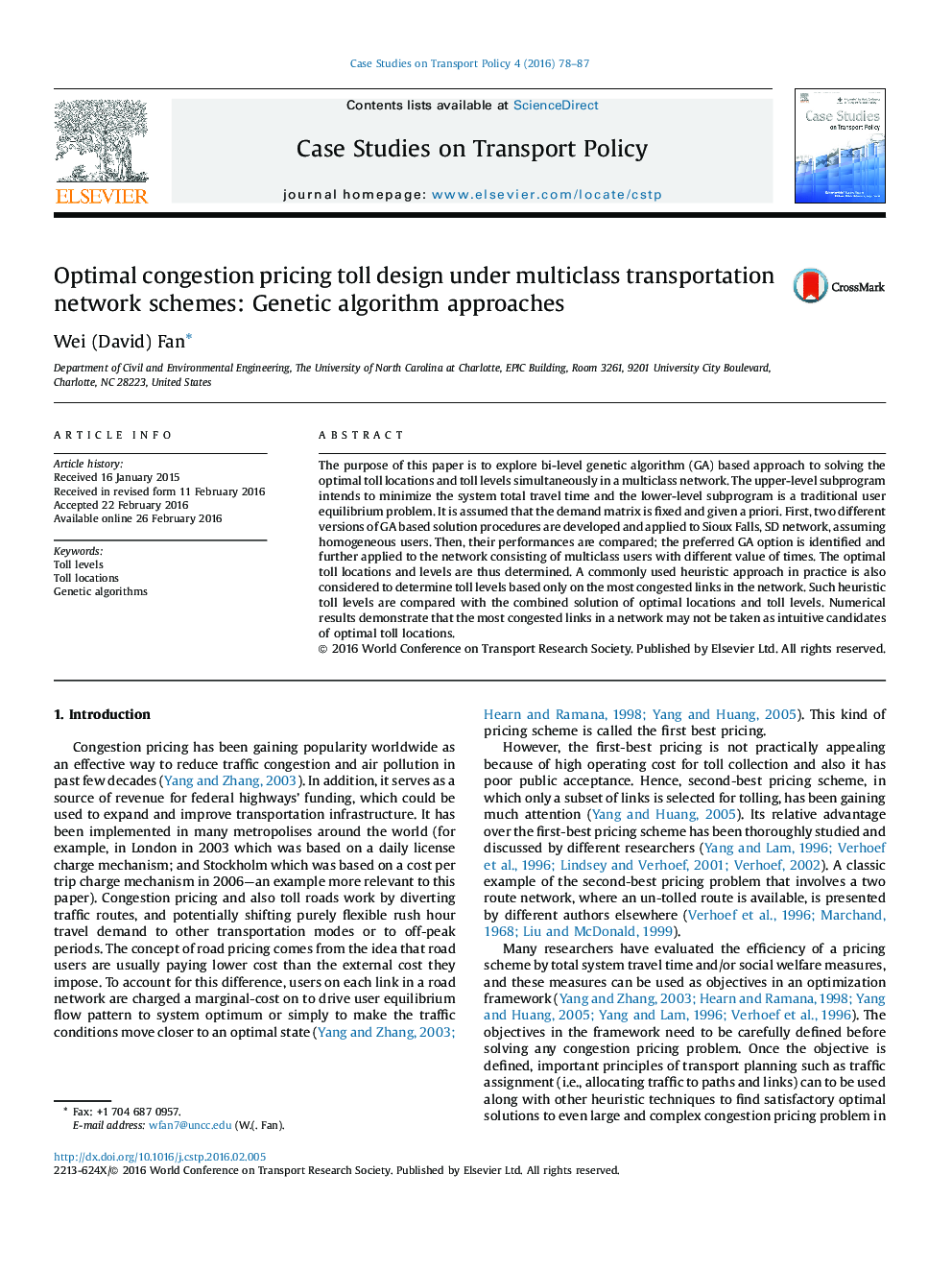 The purpose of this paper is to explore bi-level genetic algorithm (GA) based approach to solving the optimal toll locations and toll levels simultaneously in a multiclass network. The upper-level subprogram intends to minimize the system total travel time and the lower-level subprogram is a traditional user equilibrium problem. It is assumed that the demand matrix is fixed and given a priori. First, two different versions of GA based solution procedures are developed and applied to Sioux Falls, SD network, assuming homogeneous users. Then, their performances are compared; the preferred GA option is identified and further applied to the network consisting of multiclass users with different value of times. The optimal toll locations and levels are thus determined. A commonly used heuristic approach in practice is also considered to determine toll levels based only on the most congested links in the network. Such heuristic toll levels are compared with the combined solution of optimal locations and toll levels. Numerical results demonstrate that the most congested links in a network may not be taken as intuitive candidates of optimal toll locations.