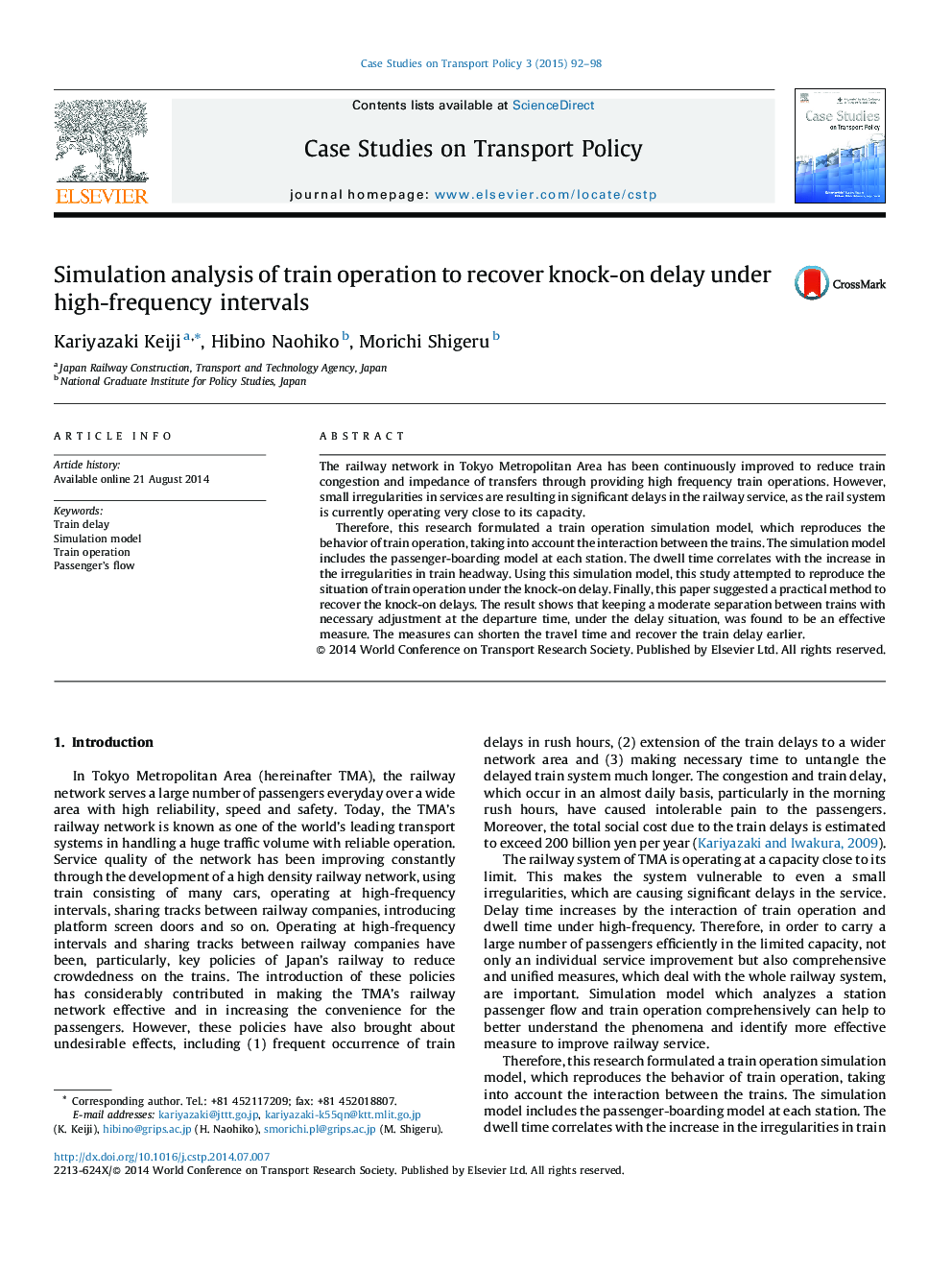 The railway network in Tokyo Metropolitan Area has been continuously improved to reduce train congestion and impedance of transfers through providing high frequency train operations. However, small irregularities in services are resulting in significant delays in the railway service, as the rail system is currently operating very close to its capacity.Therefore, this research formulated a train operation simulation model, which reproduces the behavior of train operation, taking into account the interaction between the trains. The simulation model includes the passenger-boarding model at each station. The dwell time correlates with the increase in the irregularities in train headway. Using this simulation model, this study attempted to reproduce the situation of train operation under the knock-on delay. Finally, this paper suggested a practical method to recover the knock-on delays. The result shows that keeping a moderate separation between trains with necessary adjustment at the departure time, under the delay situation, was found to be an effective measure. The measures can shorten the travel time and recover the train delay earlier.