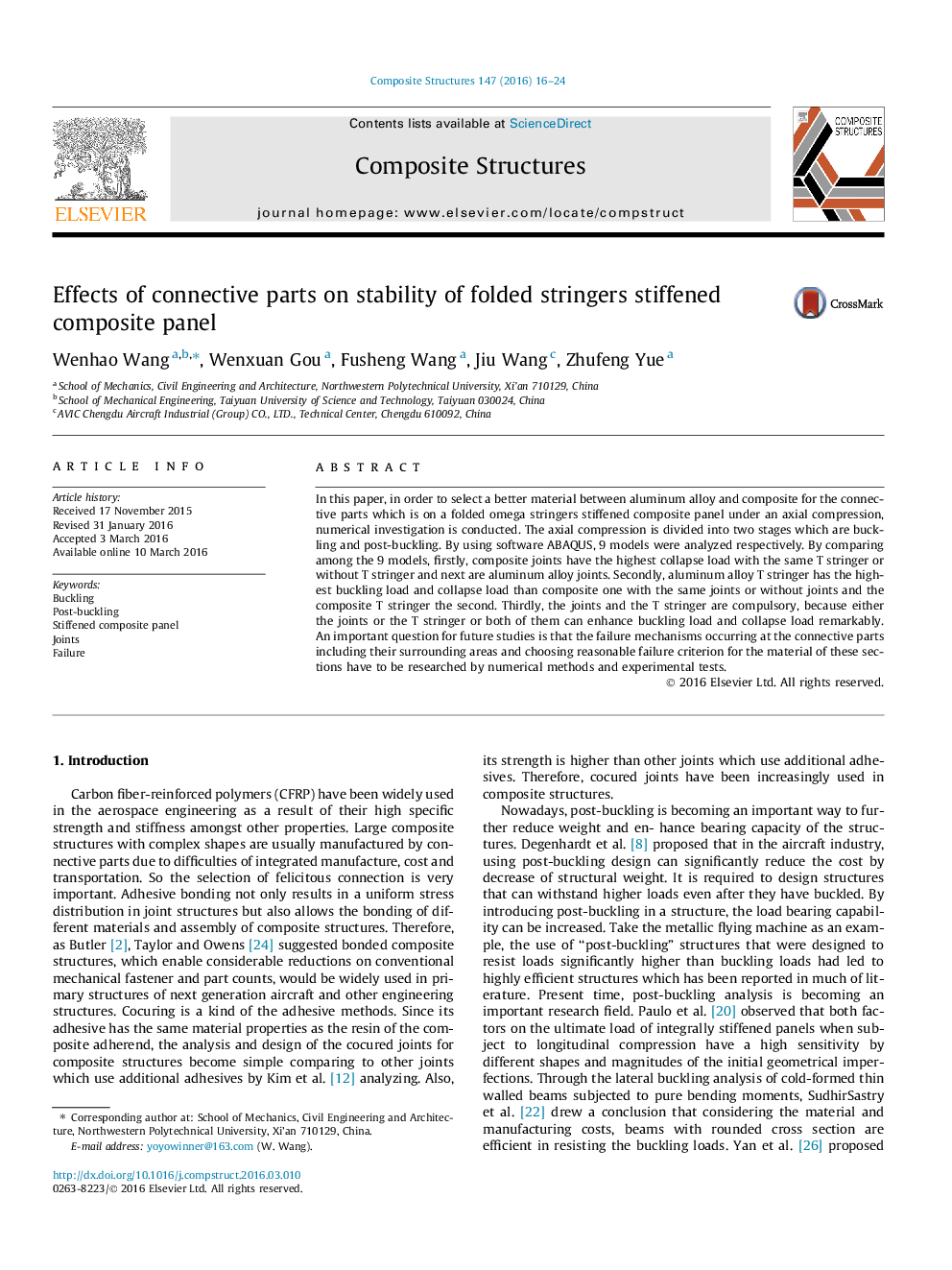 In this paper, in order to select a better material between aluminum alloy and composite for the connective parts which is on a folded omega stringers stiffened composite panel under an axial compression, numerical investigation is conducted. The axial compression is divided into two stages which are buckling and post-buckling. By using software ABAQUS, 9 models were analyzed respectively. By comparing among the 9 models, firstly, composite joints have the highest collapse load with the same T stringer or without T stringer and next are aluminum alloy joints. Secondly, aluminum alloy T stringer has the highest buckling load and collapse load than composite one with the same joints or without joints and the composite T stringer the second. Thirdly, the joints and the T stringer are compulsory, because either the joints or the T stringer or both of them can enhance buckling load and collapse load remarkably. An important question for future studies is that the failure mechanisms occurring at the connective parts including their surrounding areas and choosing reasonable failure criterion for the material of these sections have to be researched by numerical methods and experimental tests.