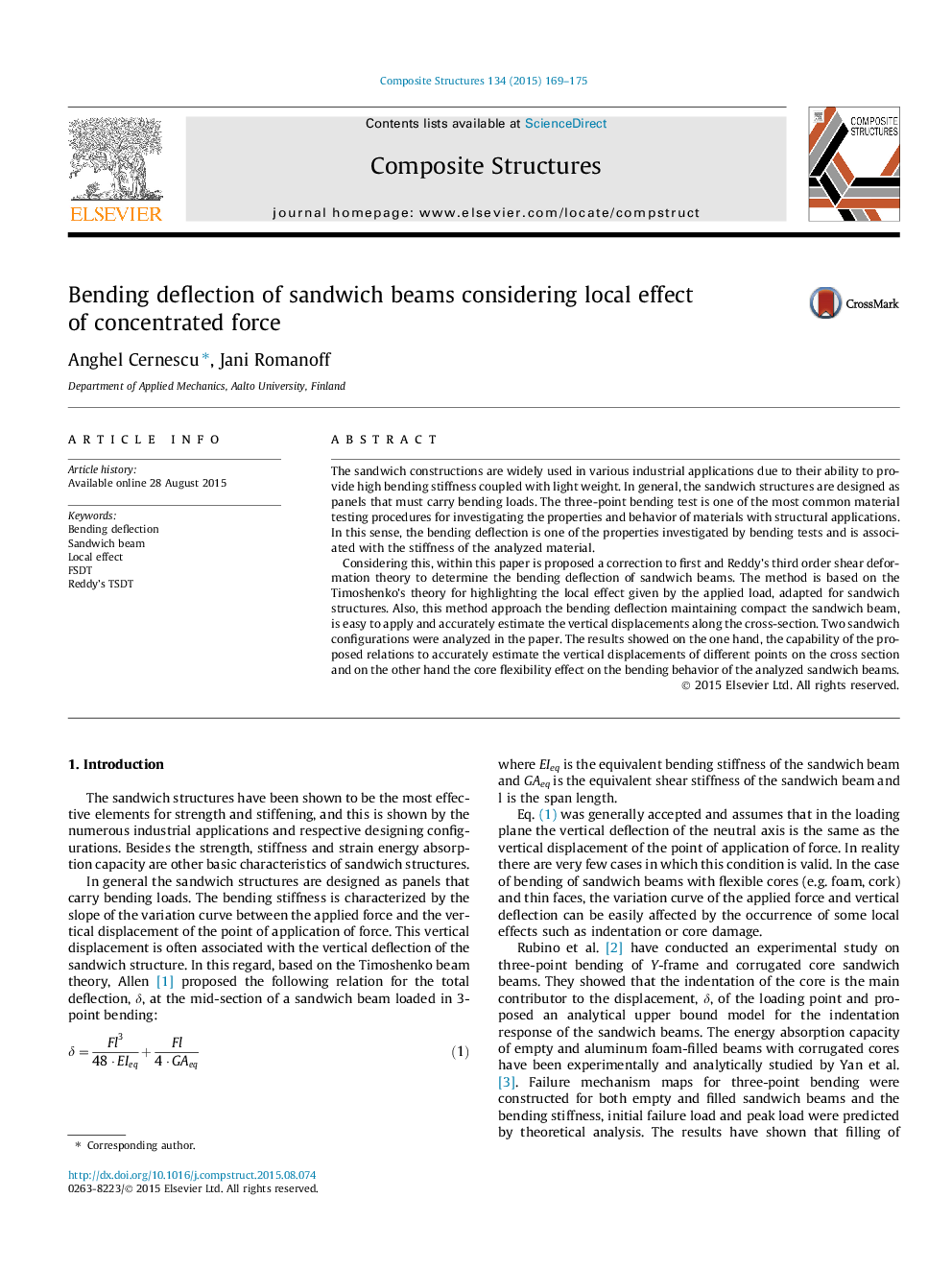 The sandwich constructions are widely used in various industrial applications due to their ability to provide high bending stiffness coupled with light weight. In general, the sandwich structures are designed as panels that must carry bending loads. The three-point bending test is one of the most common material testing procedures for investigating the properties and behavior of materials with structural applications. In this sense, the bending deflection is one of the properties investigated by bending tests and is associated with the stiffness of the analyzed material.Considering this, within this paper is proposed a correction to first and Reddy’s third order shear deformation theory to determine the bending deflection of sandwich beams. The method is based on the Timoshenko’s theory for highlighting the local effect given by the applied load, adapted for sandwich structures. Also, this method approach the bending deflection maintaining compact the sandwich beam, is easy to apply and accurately estimate the vertical displacements along the cross-section. Two sandwich configurations were analyzed in the paper. The results showed on the one hand, the capability of the proposed relations to accurately estimate the vertical displacements of different points on the cross section and on the other hand the core flexibility effect on the bending behavior of the analyzed sandwich beams.