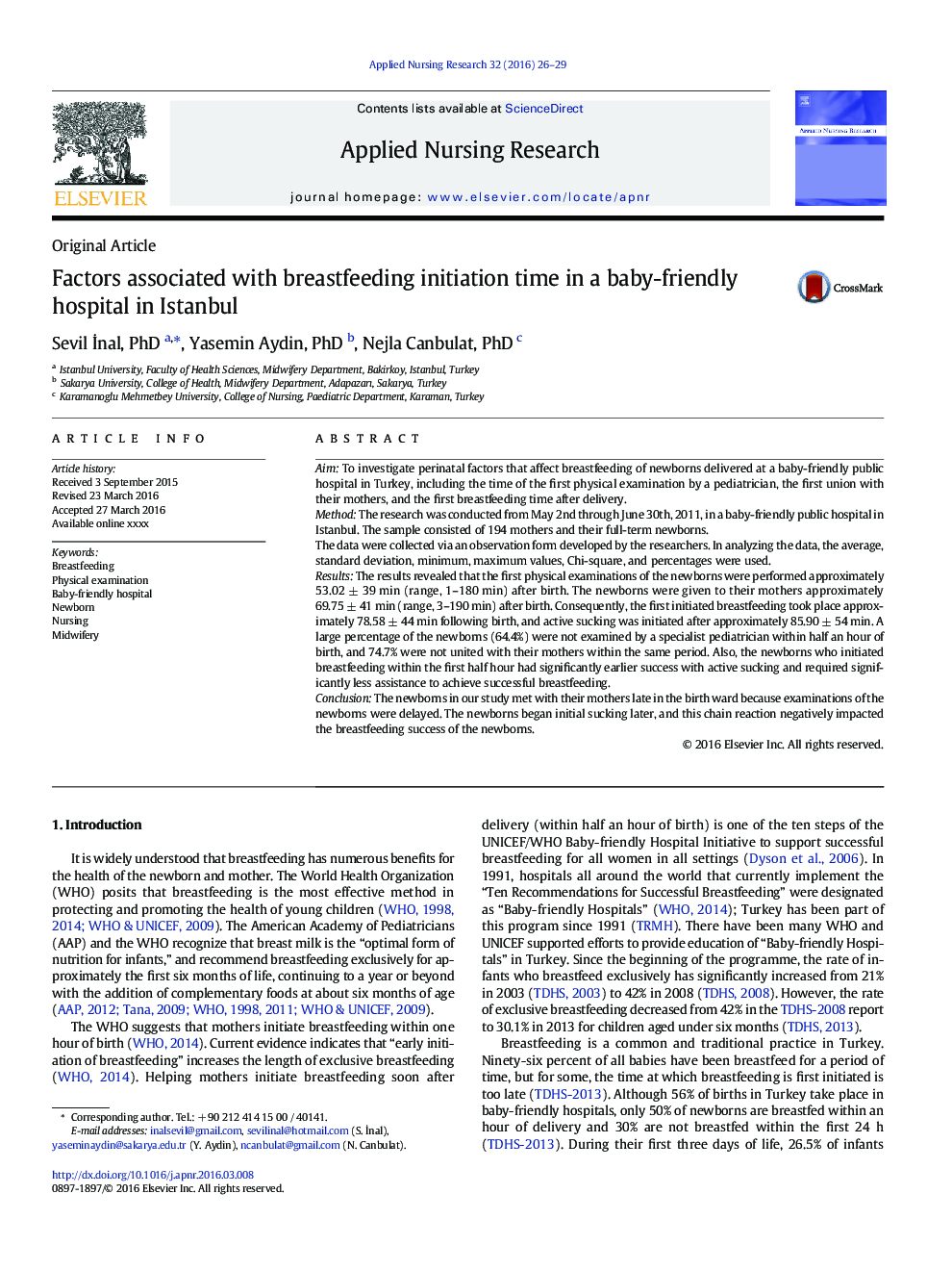 AimTo investigate perinatal factors that affect breastfeeding of newborns delivered at a baby-friendly public hospital in Turkey, including the time of the first physical examination by a pediatrician, the first union with their mothers, and the first breastfeeding time after delivery.MethodThe research was conducted from May 2nd through June 30th, 2011, in a baby-friendly public hospital in Istanbul. The sample consisted of 194 mothers and their full-term newborns.The data were collected via an observation form developed by the researchers. In analyzing the data, the average, standard deviation, minimum, maximum values, Chi-square, and percentages were used.ResultsThe results revealed that the first physical examinations of the newborns were performed approximately 53.02 ± 39 min (range, 1–180 min) after birth. The newborns were given to their mothers approximately 69.75 ± 41 min (range, 3–190 min) after birth. Consequently, the first initiated breastfeeding took place approximately 78.58 ± 44 min following birth, and active sucking was initiated after approximately 85.90 ± 54 min. A large percentage of the newborns (64.4%) were not examined by a specialist pediatrician within half an hour of birth, and 74.7% were not united with their mothers within the same period. Also, the newborns who initiated breastfeeding within the first half hour had significantly earlier success with active sucking and required significantly less assistance to achieve successful breastfeeding.ConclusionThe newborns in our study met with their mothers late in the birth ward because examinations of the newborns were delayed. The newborns began initial sucking later, and this chain reaction negatively impacted the breastfeeding success of the newborns.