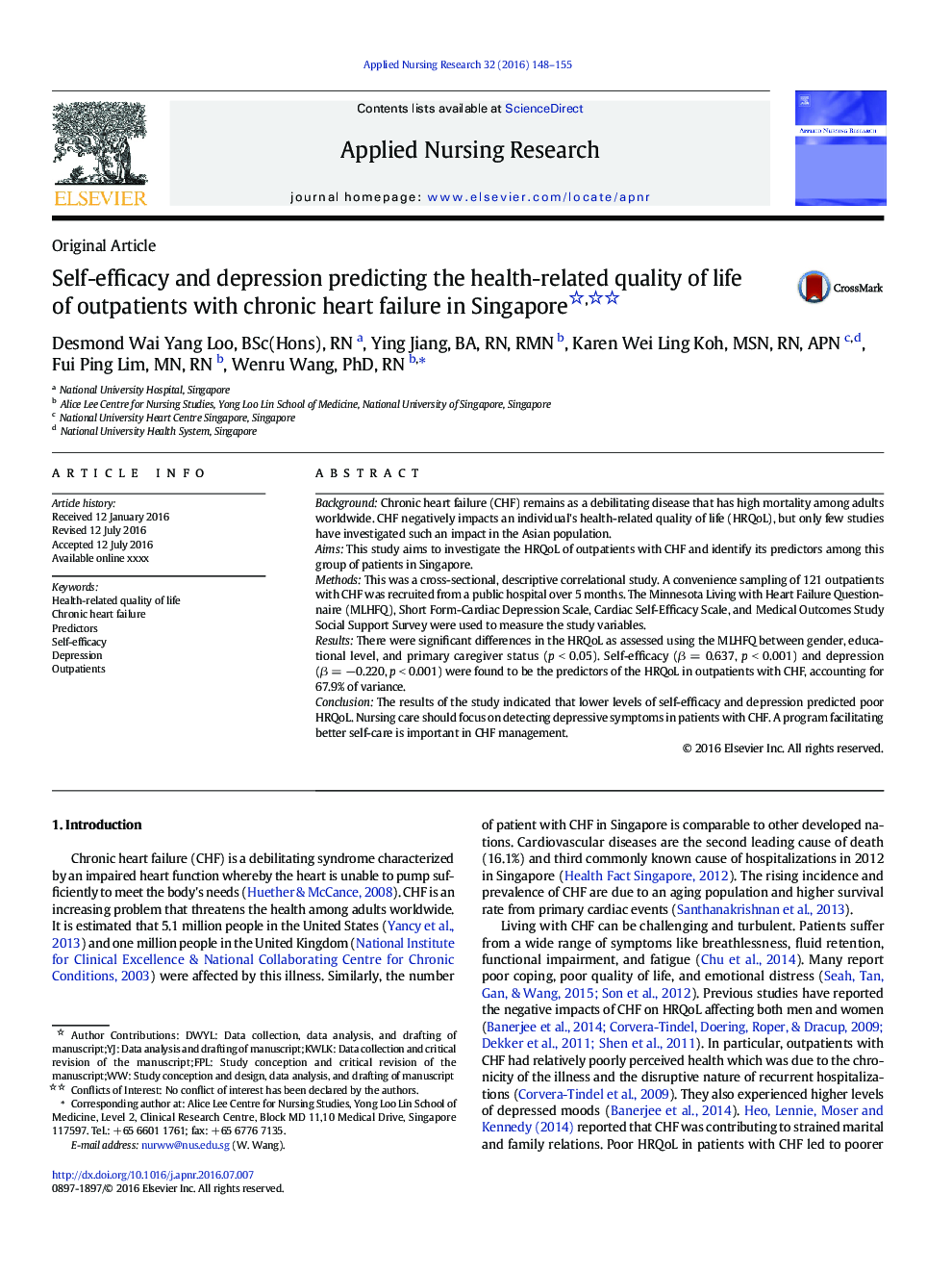 BackgroundChronic heart failure (CHF) remains as a debilitating disease that has high mortality among adults worldwide. CHF negatively impacts an individual's health-related quality of life (HRQoL), but only few studies have investigated such an impact in the Asian population.AimsThis study aims to investigate the HRQoL of outpatients with CHF and identify its predictors among this group of patients in Singapore.MethodsThis was a cross-sectional, descriptive correlational study. A convenience sampling of 121 outpatients with CHF was recruited from a public hospital over 5 months. The Minnesota Living with Heart Failure Questionnaire (MLHFQ), Short Form-Cardiac Depression Scale, Cardiac Self-Efficacy Scale, and Medical Outcomes Study Social Support Survey were used to measure the study variables.ResultsThere were significant differences in the HRQoL as assessed using the MLHFQ between gender, educational level, and primary caregiver status (p < 0.05). Self-efficacy (β = 0.637, p < 0.001) and depression (β = −0.220, p < 0.001) were found to be the predictors of the HRQoL in outpatients with CHF, accounting for 67.9% of variance.ConclusionThe results of the study indicated that lower levels of self-efficacy and depression predicted poor HRQoL. Nursing care should focus on detecting depressive symptoms in patients with CHF. A program facilitating better self-care is important in CHF management.