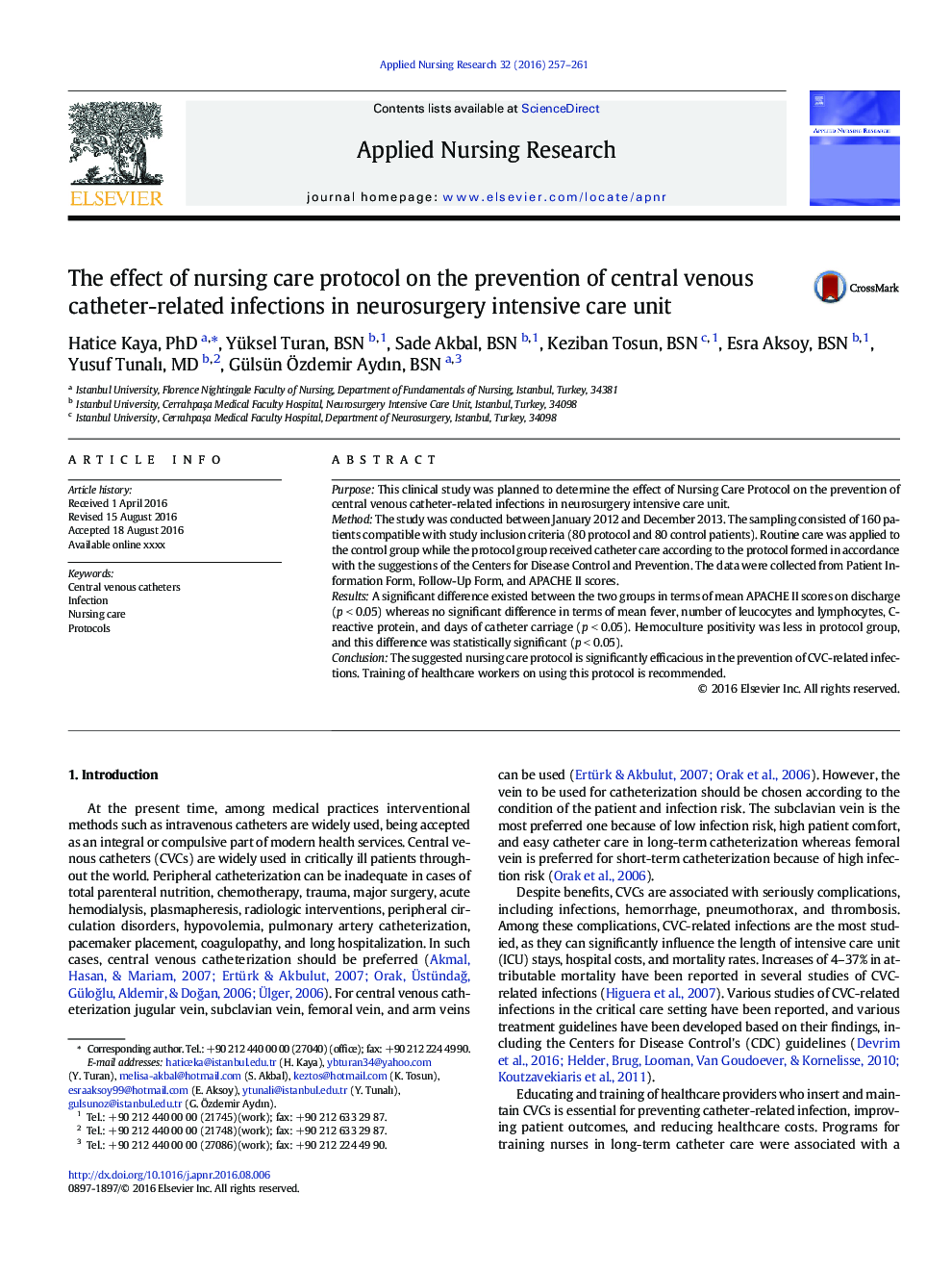 PurposeThis clinical study was planned to determine the effect of Nursing Care Protocol on the prevention of central venous catheter-related infections in neurosurgery intensive care unit.MethodThe study was conducted between January 2012 and December 2013. The sampling consisted of 160 patients compatible with study inclusion criteria (80 protocol and 80 control patients). Routine care was applied to the control group while the protocol group received catheter care according to the protocol formed in accordance with the suggestions of the Centers for Disease Control and Prevention. The data were collected from Patient Information Form, Follow-Up Form, and APACHE II scores.ResultsA significant difference existed between the two groups in terms of mean APACHE II scores on discharge (p < 0.05) whereas no significant difference in terms of mean fever, number of leucocytes and lymphocytes, C-reactive protein, and days of catheter carriage (p < 0.05). Hemoculture positivity was less in protocol group, and this difference was statistically significant (p < 0.05).ConclusionThe suggested nursing care protocol is significantly efficacious in the prevention of CVC-related infections. Training of healthcare workers on using this protocol is recommended.