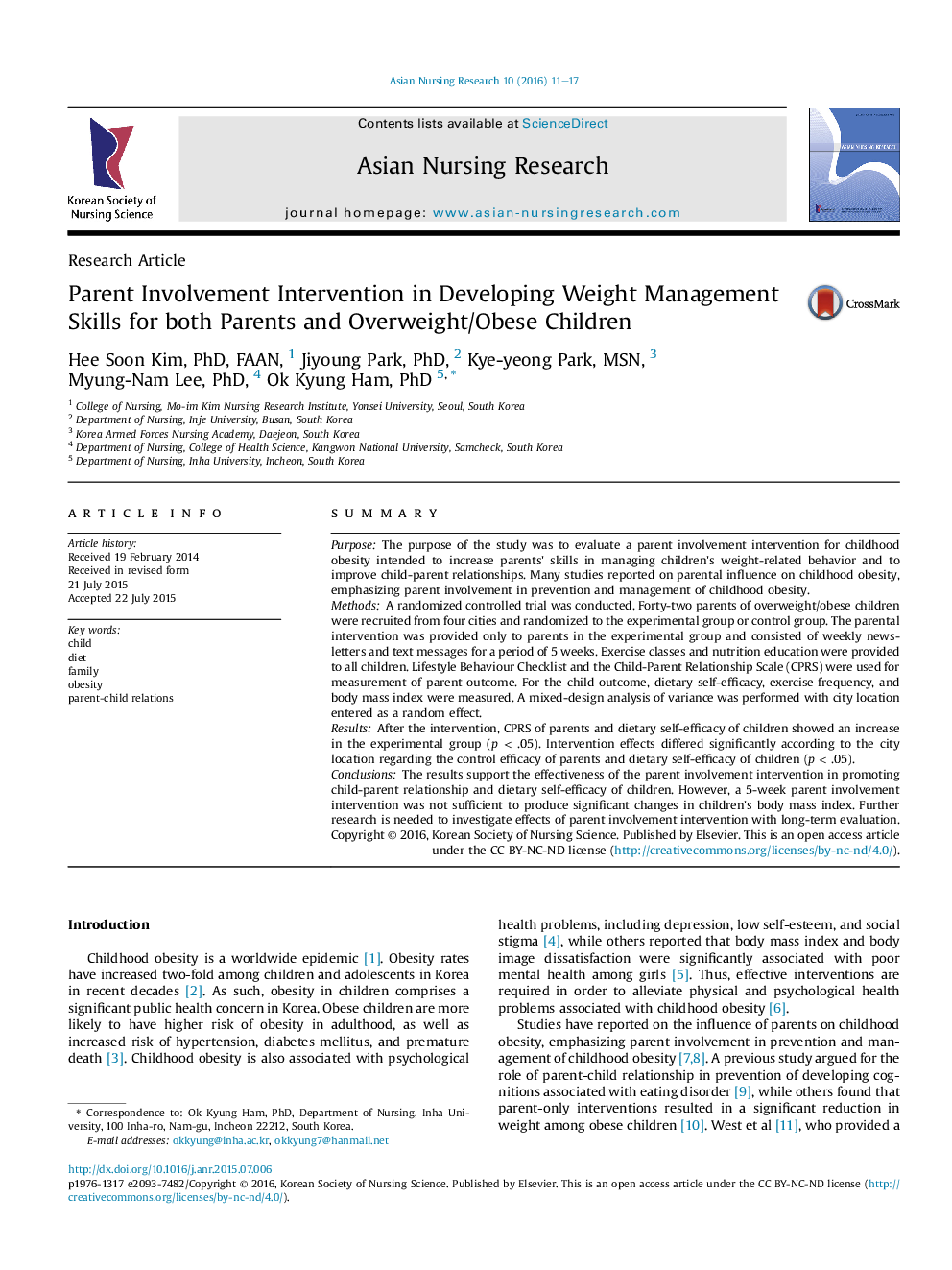 SummaryPurposeThe purpose of the study was to evaluate a parent involvement intervention for childhood obesity intended to increase parents' skills in managing children's weight-related behavior and to improve child-parent relationships. Many studies reported on parental influence on childhood obesity, emphasizing parent involvement in prevention and management of childhood obesity.MethodsA randomized controlled trial was conducted. Forty-two parents of overweight/obese children were recruited from four cities and randomized to the experimental group or control group. The parental intervention was provided only to parents in the experimental group and consisted of weekly newsletters and text messages for a period of 5 weeks. Exercise classes and nutrition education were provided to all children. Lifestyle Behaviour Checklist and the Child-Parent Relationship Scale (CPRS) were used for measurement of parent outcome. For the child outcome, dietary self-efficacy, exercise frequency, and body mass index were measured. A mixed-design analysis of variance was performed with city location entered as a random effect.ResultsAfter the intervention, CPRS of parents and dietary self-efficacy of children showed an increase in the experimental group (p < .05). Intervention effects differed significantly according to the city location regarding the control efficacy of parents and dietary self-efficacy of children (p < .05).ConclusionsThe results support the effectiveness of the parent involvement intervention in promoting child-parent relationship and dietary self-efficacy of children. However, a 5-week parent involvement intervention was not sufficient to produce significant changes in children's body mass index. Further research is needed to investigate effects of parent involvement intervention with long-term evaluation.