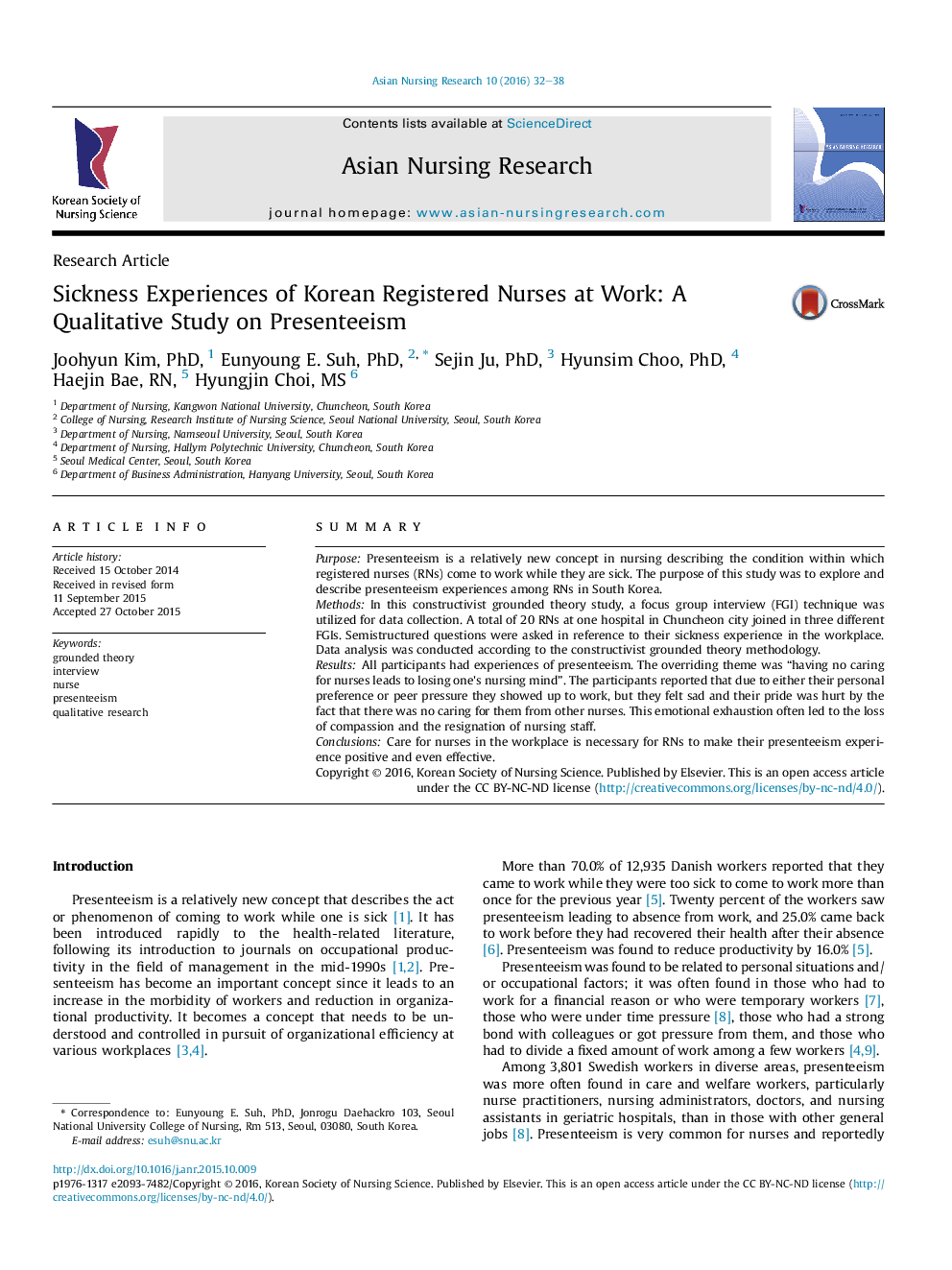 SummaryPurposePresenteeism is a relatively new concept in nursing describing the condition within which registered nurses (RNs) come to work while they are sick. The purpose of this study was to explore and describe presenteeism experiences among RNs in South Korea.MethodsIn this constructivist grounded theory study, a focus group interview (FGI) technique was utilized for data collection. A total of 20 RNs at one hospital in Chuncheon city joined in three different FGIs. Semistructured questions were asked in reference to their sickness experience in the workplace. Data analysis was conducted according to the constructivist grounded theory methodology.ResultsAll participants had experiences of presenteeism. The overriding theme was “having no caring for nurses leads to losing one's nursing mind”. The participants reported that due to either their personal preference or peer pressure they showed up to work, but they felt sad and their pride was hurt by the fact that there was no caring for them from other nurses. This emotional exhaustion often led to the loss of compassion and the resignation of nursing staff.ConclusionsCare for nurses in the workplace is necessary for RNs to make their presenteeism experience positive and even effective.