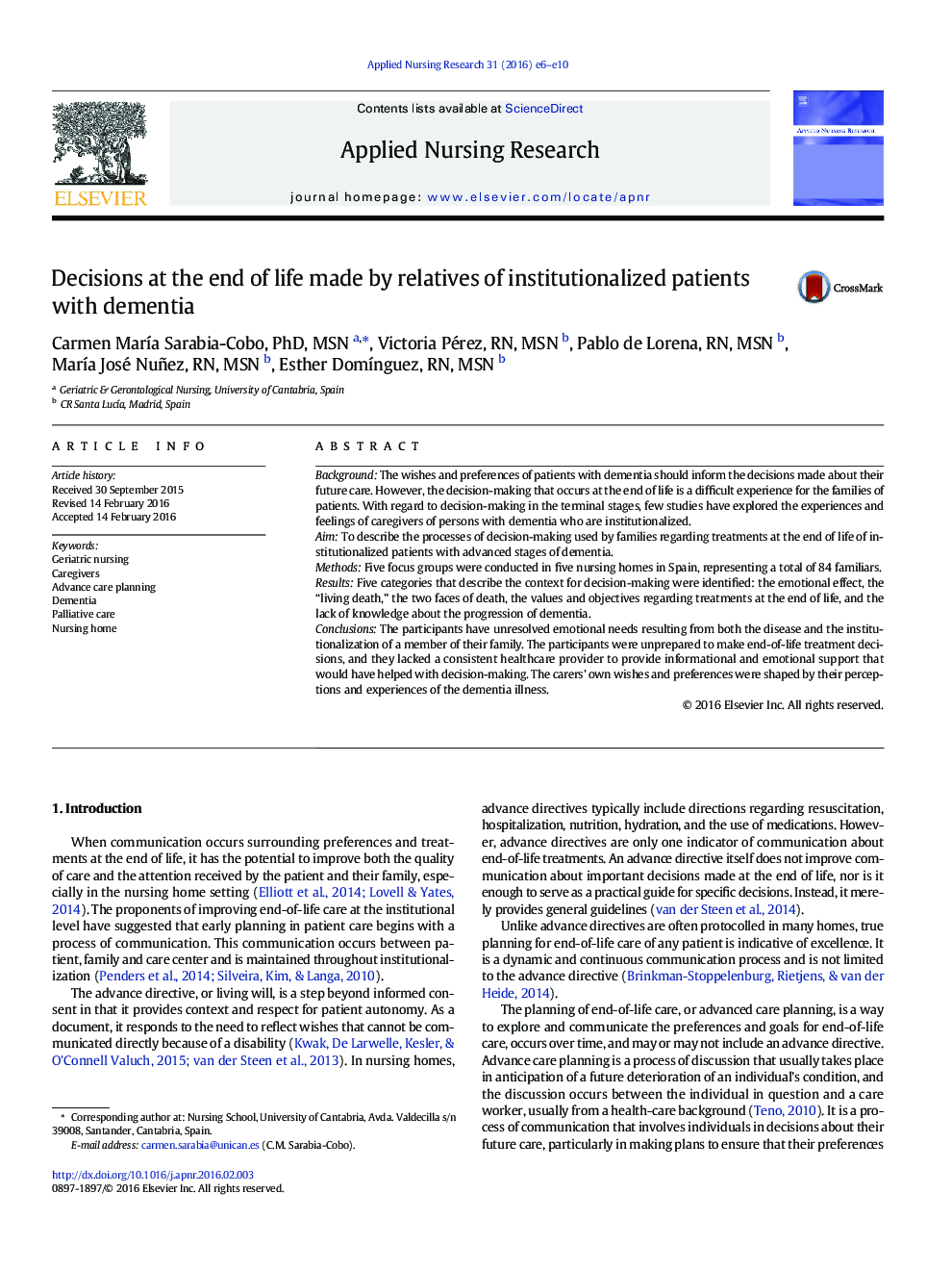 BackgroundThe wishes and preferences of patients with dementia should inform the decisions made about their future care. However, the decision-making that occurs at the end of life is a difficult experience for the families of patients. With regard to decision-making in the terminal stages, few studies have explored the experiences and feelings of caregivers of persons with dementia who are institutionalized.AimTo describe the processes of decision-making used by families regarding treatments at the end of life of institutionalized patients with advanced stages of dementia.MethodsFive focus groups were conducted in five nursing homes in Spain, representing a total of 84 familiars.ResultsFive categories that describe the context for decision-making were identified: the emotional effect, the “living death,” the two faces of death, the values and objectives regarding treatments at the end of life, and the lack of knowledge about the progression of dementia.ConclusionsThe participants have unresolved emotional needs resulting from both the disease and the institutionalization of a member of their family. The participants were unprepared to make end-of-life treatment decisions, and they lacked a consistent healthcare provider to provide informational and emotional support that would have helped with decision-making. The carers’ own wishes and preferences were shaped by their perceptions and experiences of the dementia illness.