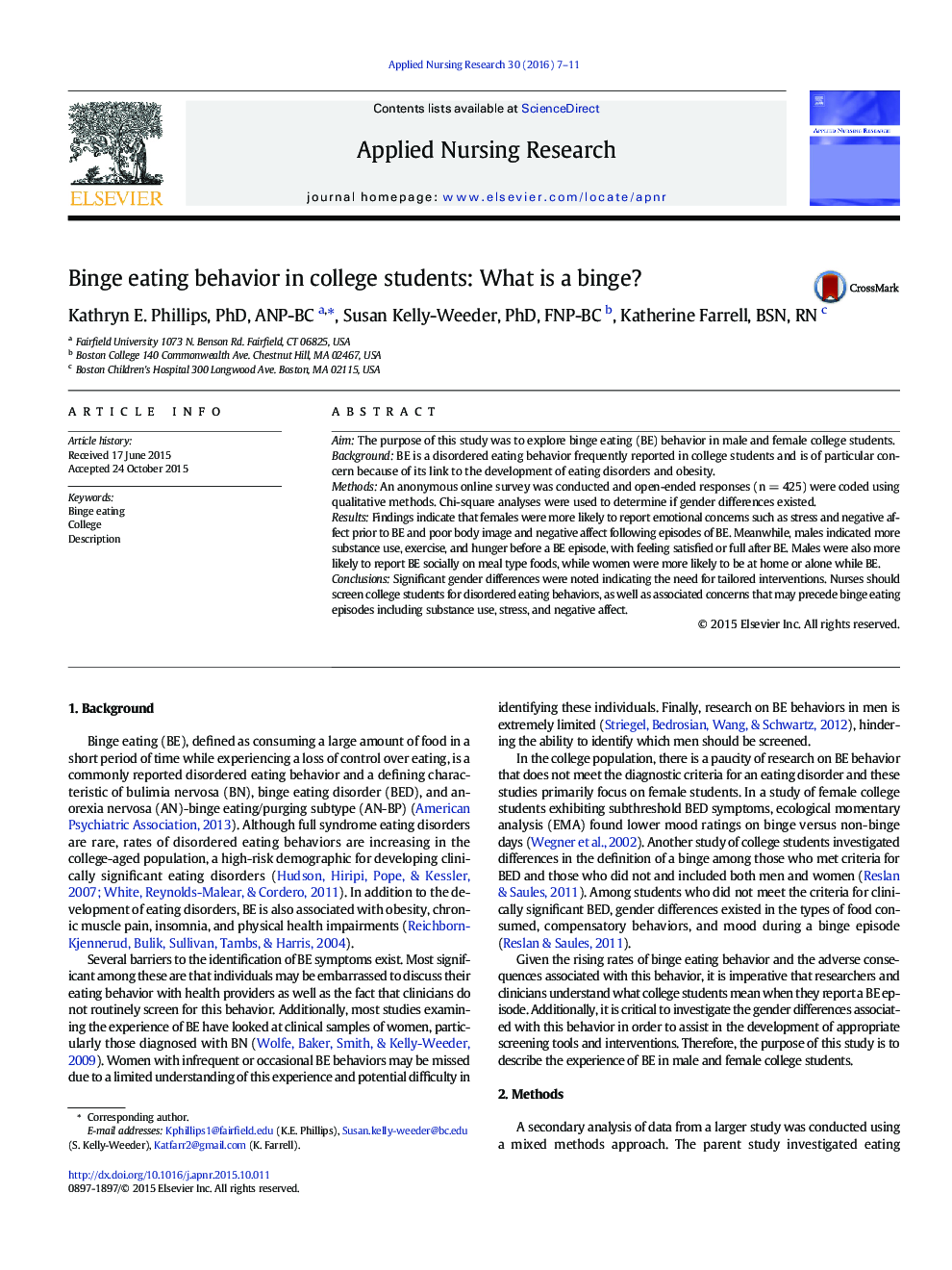 AimThe purpose of this study was to explore binge eating (BE) behavior in male and female college students.BackgroundBE is a disordered eating behavior frequently reported in college students and is of particular concern because of its link to the development of eating disorders and obesity.MethodsAn anonymous online survey was conducted and open-ended responses (n = 425) were coded using qualitative methods. Chi-square analyses were used to determine if gender differences existed.ResultsFindings indicate that females were more likely to report emotional concerns such as stress and negative affect prior to BE and poor body image and negative affect following episodes of BE. Meanwhile, males indicated more substance use, exercise, and hunger before a BE episode, with feeling satisfied or full after BE. Males were also more likely to report BE socially on meal type foods, while women were more likely to be at home or alone while BE.ConclusionsSignificant gender differences were noted indicating the need for tailored interventions. Nurses should screen college students for disordered eating behaviors, as well as associated concerns that may precede binge eating episodes including substance use, stress, and negative affect.