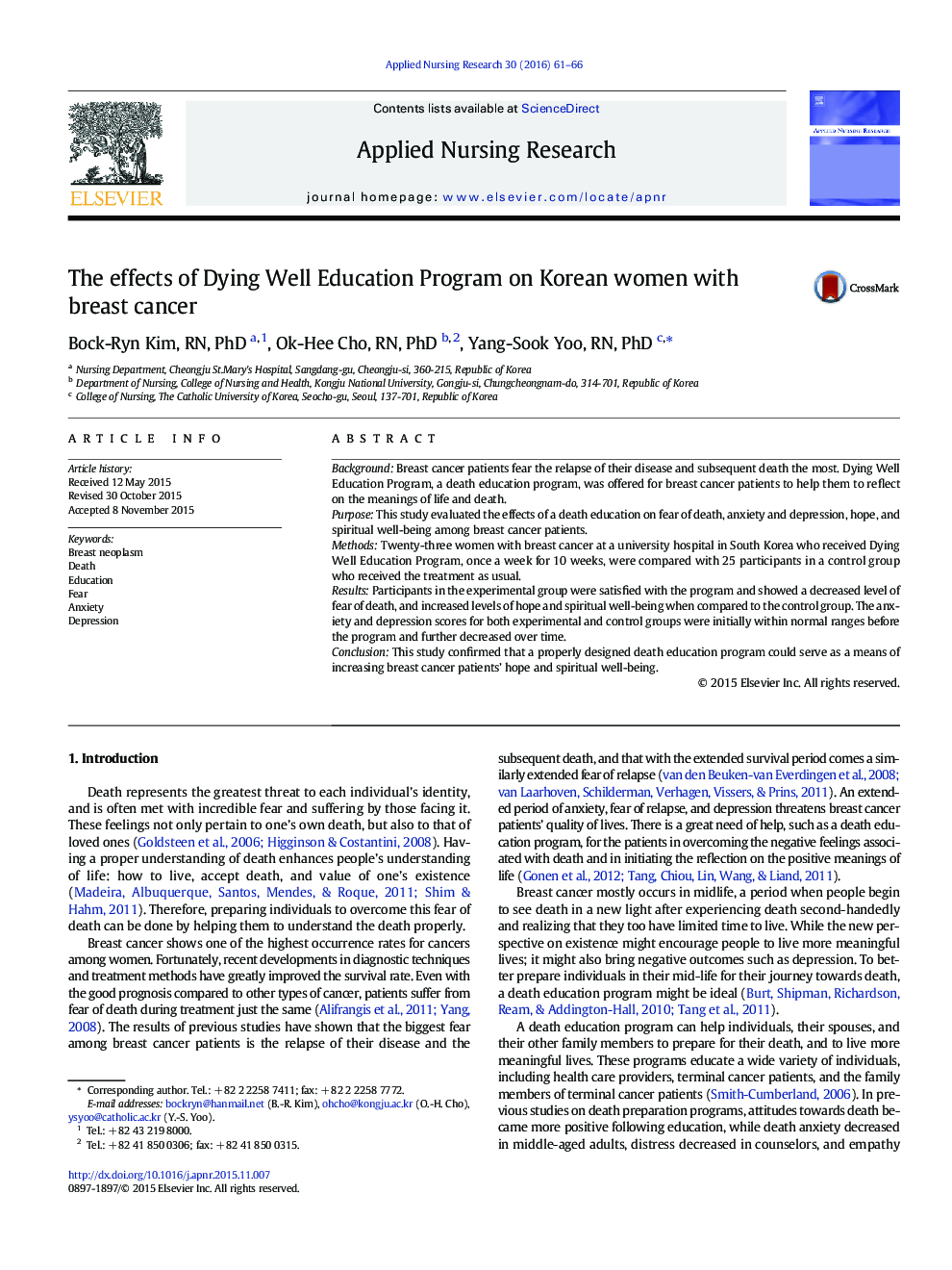 BackgroundBreast cancer patients fear the relapse of their disease and subsequent death the most. Dying Well Education Program, a death education program, was offered for breast cancer patients to help them to reflect on the meanings of life and death.PurposeThis study evaluated the effects of a death education on fear of death, anxiety and depression, hope, and spiritual well-being among breast cancer patients.MethodsTwenty-three women with breast cancer at a university hospital in South Korea who received Dying Well Education Program, once a week for 10 weeks, were compared with 25 participants in a control group who received the treatment as usual.ResultsParticipants in the experimental group were satisfied with the program and showed a decreased level of fear of death, and increased levels of hope and spiritual well-being when compared to the control group. The anxiety and depression scores for both experimental and control groups were initially within normal ranges before the program and further decreased over time.ConclusionThis study confirmed that a properly designed death education program could serve as a means of increasing breast cancer patients’ hope and spiritual well-being.