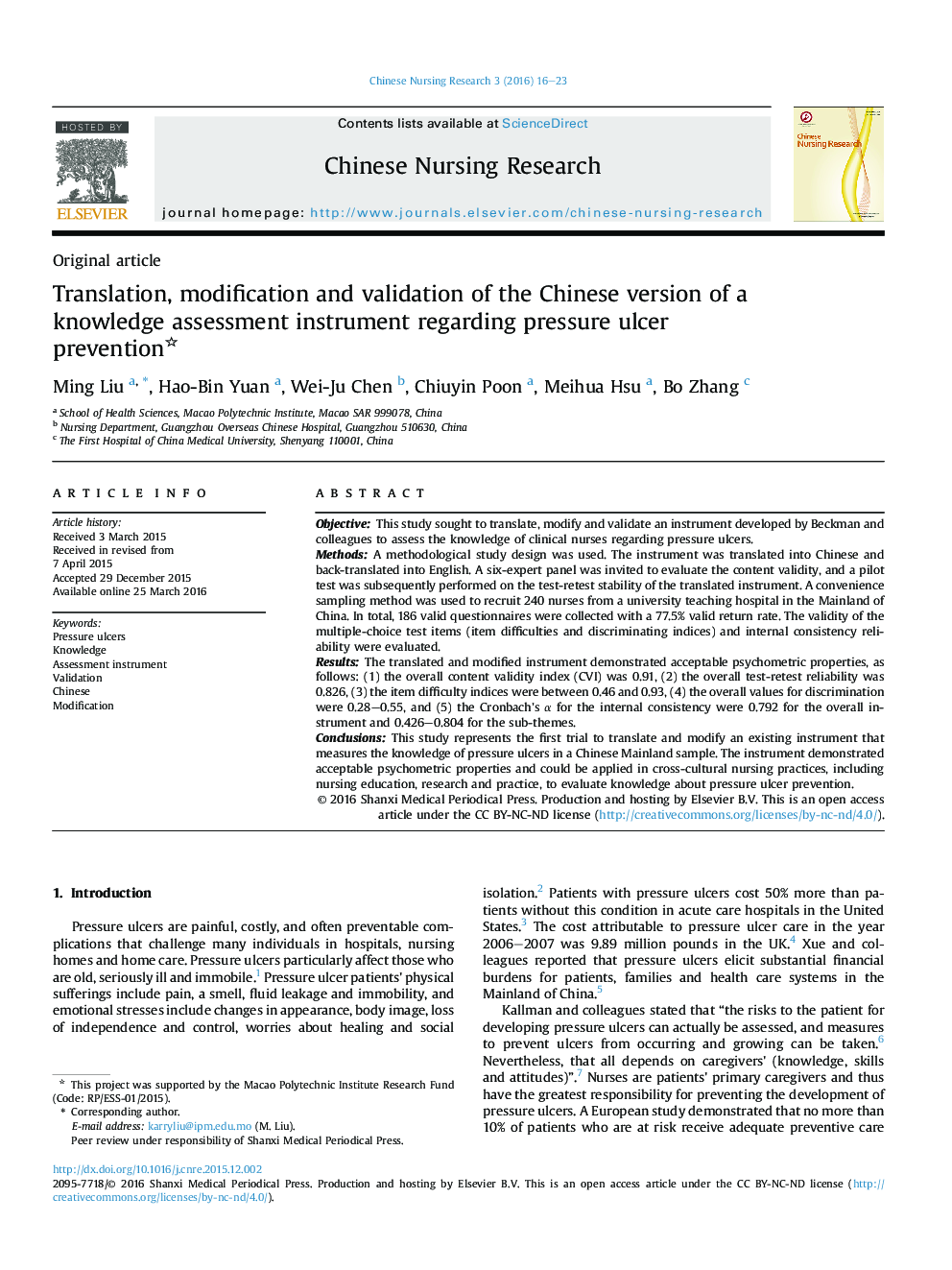 ObjectiveThis study sought to translate, modify and validate an instrument developed by Beckman and colleagues to assess the knowledge of clinical nurses regarding pressure ulcers.MethodsA methodological study design was used. The instrument was translated into Chinese and back-translated into English. A six-expert panel was invited to evaluate the content validity, and a pilot test was subsequently performed on the test-retest stability of the translated instrument. A convenience sampling method was used to recruit 240 nurses from a university teaching hospital in the Mainland of China. In total, 186 valid questionnaires were collected with a 77.5% valid return rate. The validity of the multiple-choice test items (item difficulties and discriminating indices) and internal consistency reliability were evaluated.ResultsThe translated and modified instrument demonstrated acceptable psychometric properties, as follows: (1) the overall content validity index (CVI) was 0.91, (2) the overall test-retest reliability was 0.826, (3) the item difficulty indices were between 0.46 and 0.93, (4) the overall values for discrimination were 0.28–0.55, and (5) the Cronbach's α for the internal consistency were 0.792 for the overall instrument and 0.426–0.804 for the sub-themes.ConclusionsThis study represents the first trial to translate and modify an existing instrument that measures the knowledge of pressure ulcers in a Chinese Mainland sample. The instrument demonstrated acceptable psychometric properties and could be applied in cross-cultural nursing practices, including nursing education, research and practice, to evaluate knowledge about pressure ulcer prevention.