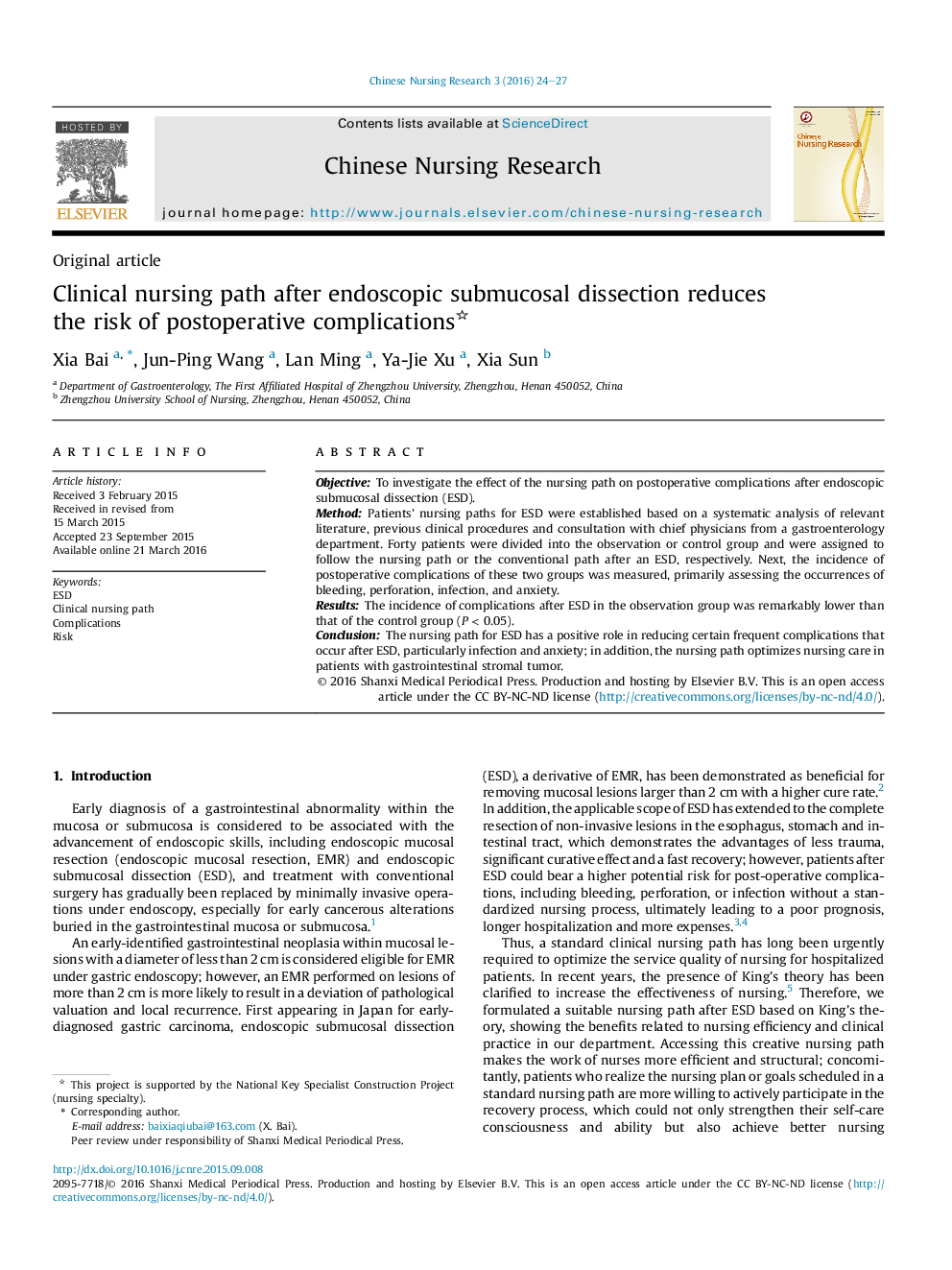 ObjectiveTo investigate the effect of the nursing path on postoperative complications after endoscopic submucosal dissection (ESD).MethodPatients' nursing paths for ESD were established based on a systematic analysis of relevant literature, previous clinical procedures and consultation with chief physicians from a gastroenterology department. Forty patients were divided into the observation or control group and were assigned to follow the nursing path or the conventional path after an ESD, respectively. Next, the incidence of postoperative complications of these two groups was measured, primarily assessing the occurrences of bleeding, perforation, infection, and anxiety.ResultsThe incidence of complications after ESD in the observation group was remarkably lower than that of the control group (P < 0.05).ConclusionThe nursing path for ESD has a positive role in reducing certain frequent complications that occur after ESD, particularly infection and anxiety; in addition, the nursing path optimizes nursing care in patients with gastrointestinal stromal tumor.