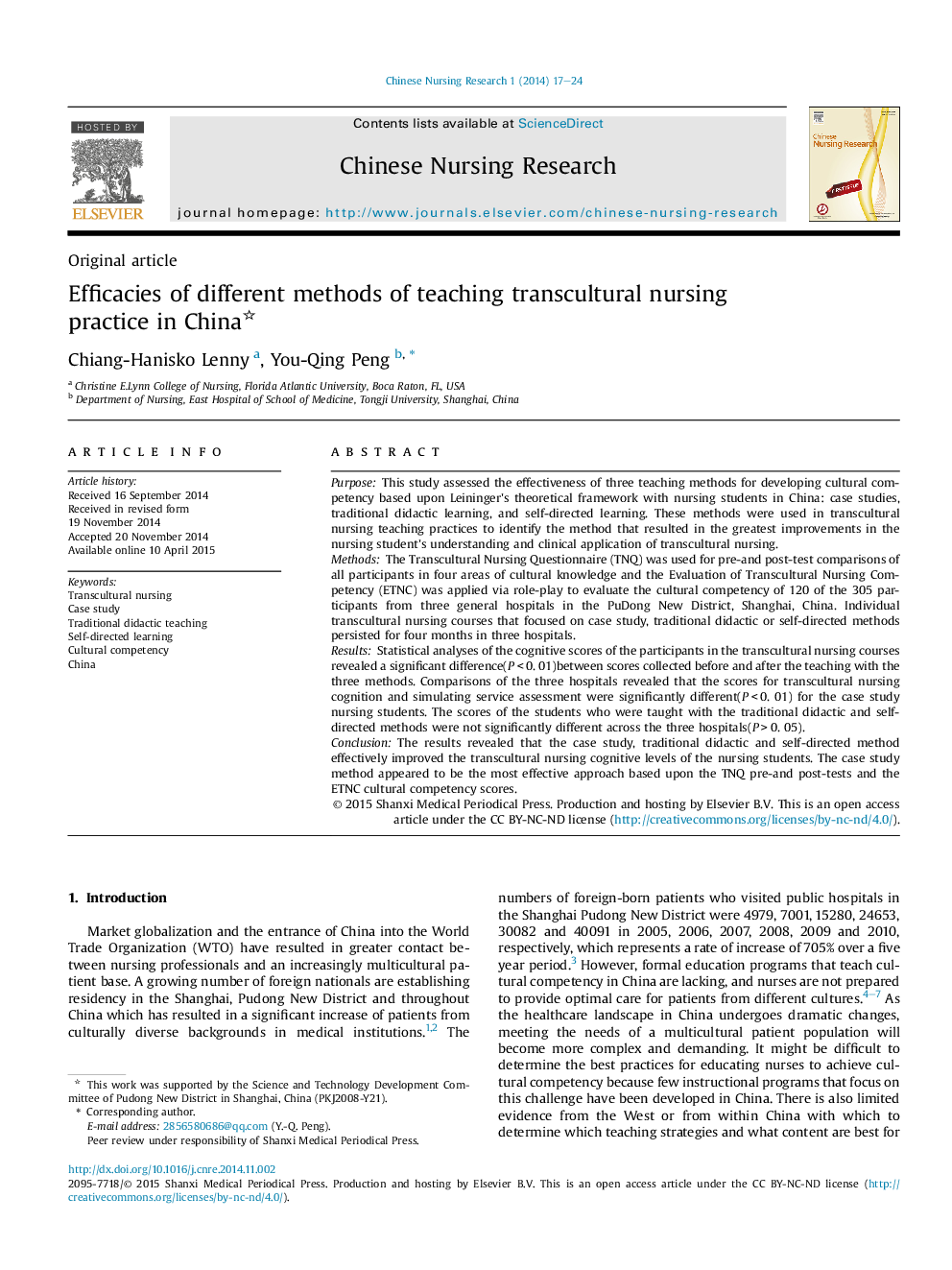 PurposeThis study assessed the effectiveness of three teaching methods for developing cultural competency based upon Leininger's theoretical framework with nursing students in China: case studies, traditional didactic learning, and self-directed learning. These methods were used in transcultural nursing teaching practices to identify the method that resulted in the greatest improvements in the nursing student's understanding and clinical application of transcultural nursing.MethodsThe Transcultural Nursing Questionnaire (TNQ) was used for pre-and post-test comparisons of all participants in four areas of cultural knowledge and the Evaluation of Transcultural Nursing Competency (ETNC) was applied via role-play to evaluate the cultural competency of 120 of the 305 participants from three general hospitals in the PuDong New District, Shanghai, China. Individual transcultural nursing courses that focused on case study, traditional didactic or self-directed methods persisted for four months in three hospitals.ResultsStatistical analyses of the cognitive scores of the participants in the transcultural nursing courses revealed a significant difference(P＜0. 01)between scores collected before and after the teaching with the three methods. Comparisons of the three hospitals revealed that the scores for transcultural nursing cognition and simulating service assessment were significantly different(P＜0. 01) for the case study nursing students. The scores of the students who were taught with the traditional didactic and self-directed methods were not significantly different across the three hospitals(P＞0. 05).ConclusionThe results revealed that the case study, traditional didactic and self-directed method effectively improved the transcultural nursing cognitive levels of the nursing students. The case study method appeared to be the most effective approach based upon the TNQ pre-and post-tests and the ETNC cultural competency scores.