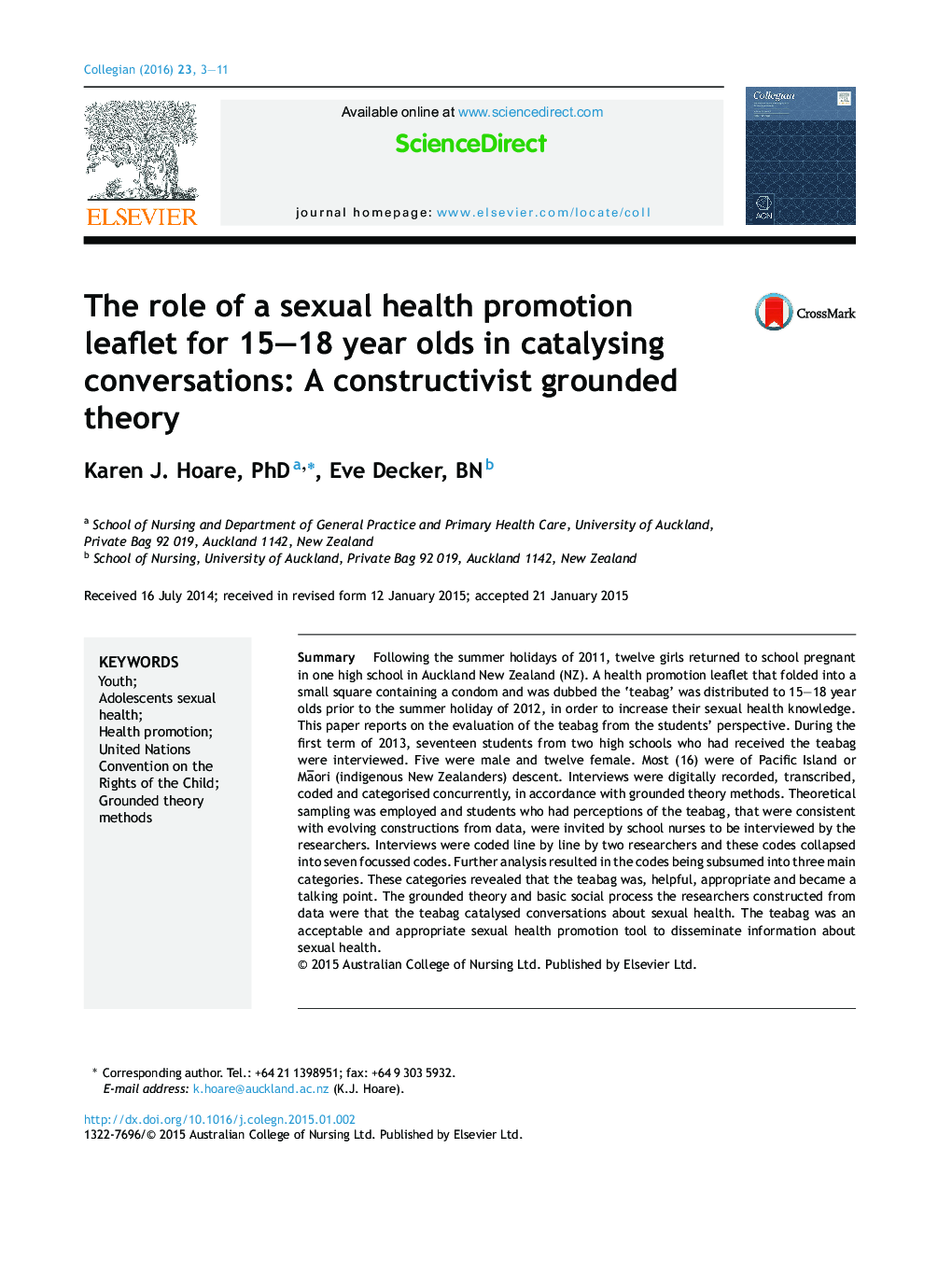 SummaryFollowing the summer holidays of 2011, twelve girls returned to school pregnant in one high school in Auckland New Zealand (NZ). A health promotion leaflet that folded into a small square containing a condom and was dubbed the ‘teabag’ was distributed to 15–18 year olds prior to the summer holiday of 2012, in order to increase their sexual health knowledge. This paper reports on the evaluation of the teabag from the students’ perspective. During the first term of 2013, seventeen students from two high schools who had received the teabag were interviewed. Five were male and twelve female. Most (16) were of Pacific Island or Māori (indigenous New Zealanders) descent. Interviews were digitally recorded, transcribed, coded and categorised concurrently, in accordance with grounded theory methods. Theoretical sampling was employed and students who had perceptions of the teabag, that were consistent with evolving constructions from data, were invited by school nurses to be interviewed by the researchers. Interviews were coded line by line by two researchers and these codes collapsed into seven focussed codes. Further analysis resulted in the codes being subsumed into three main categories. These categories revealed that the teabag was, helpful, appropriate and became a talking point. The grounded theory and basic social process the researchers constructed from data were that the teabag catalysed conversations about sexual health. The teabag was an acceptable and appropriate sexual health promotion tool to disseminate information about sexual health.