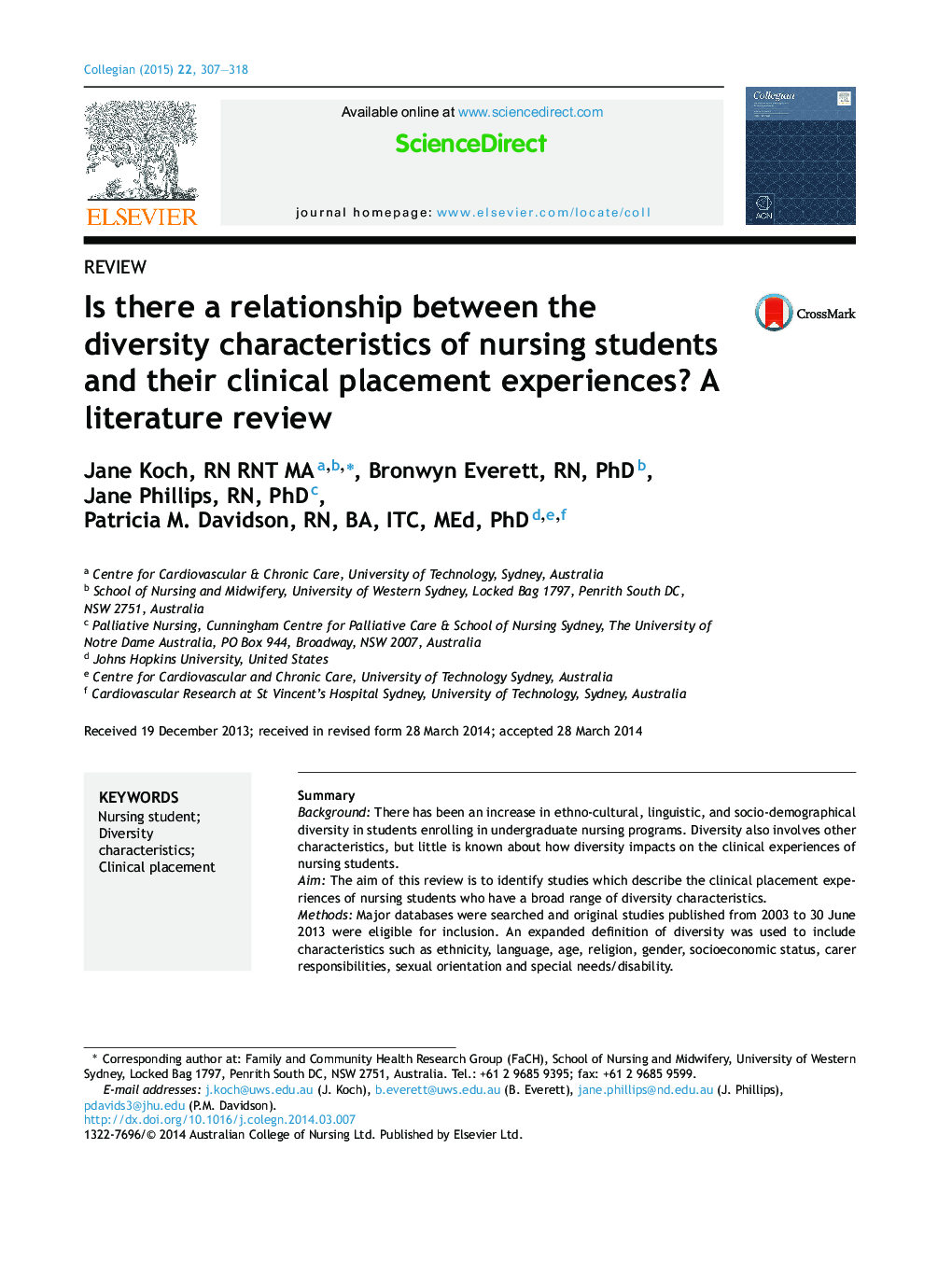 SummaryBackgroundThere has been an increase in ethno-cultural, linguistic, and socio-demographical diversity in students enrolling in undergraduate nursing programs. Diversity also involves other characteristics, but little is known about how diversity impacts on the clinical experiences of nursing students.AimThe aim of this review is to identify studies which describe the clinical placement experiences of nursing students who have a broad range of diversity characteristics.MethodsMajor databases were searched and original studies published from 2003 to 30 June 2013 were eligible for inclusion. An expanded definition of diversity was used to include characteristics such as ethnicity, language, age, religion, gender, socioeconomic status, carer responsibilities, sexual orientation and special needs/disability.FindingsMale gender and speaking English as a second language are diversity characteristics associated with a less positive clinical experience. These students are also more likely to leave their nursing program. Mature-aged students and those from ethnic minority groups were also noted to have a less positive clinical experience and in some cases, this also increased attrition. However, it was difficult to determine the impact of these characteristics alone as they appeared to be linked with other characteristics such as financial difficulties and carer responsibilities in the case of mature-aged students, and language and international student status in the case of ethnicity.ConclusionsGiven the significant benefits associated with preparing a diverse nursing workforce, it is an imperative to better understand the impact of diversity on nursing students to ensure that every placement becomes a positive and valuable learning experience.