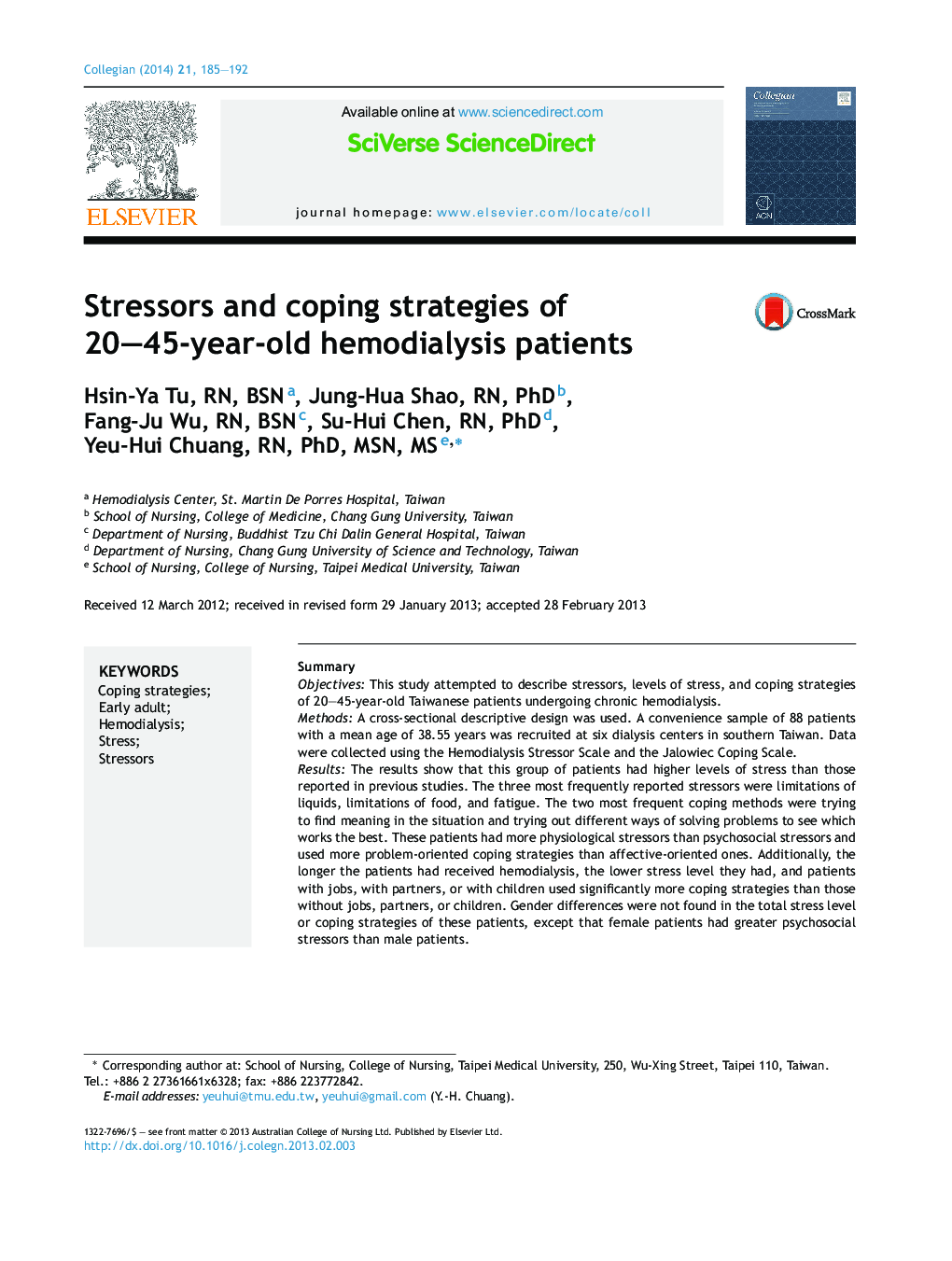 SummaryObjectivesThis study attempted to describe stressors, levels of stress, and coping strategies of 20–45-year-old Taiwanese patients undergoing chronic hemodialysis.MethodsA cross-sectional descriptive design was used. A convenience sample of 88 patients with a mean age of 38.55 years was recruited at six dialysis centers in southern Taiwan. Data were collected using the Hemodialysis Stressor Scale and the Jalowiec Coping Scale.ResultsThe results show that this group of patients had higher levels of stress than those reported in previous studies. The three most frequently reported stressors were limitations of liquids, limitations of food, and fatigue. The two most frequent coping methods were trying to find meaning in the situation and trying out different ways of solving problems to see which works the best. These patients had more physiological stressors than psychosocial stressors and used more problem-oriented coping strategies than affective-oriented ones. Additionally, the longer the patients had received hemodialysis, the lower stress level they had, and patients with jobs, with partners, or with children used significantly more coping strategies than those without jobs, partners, or children. Gender differences were not found in the total stress level or coping strategies of these patients, except that female patients had greater psychosocial stressors than male patients.ConclusionsThe 20–45-year-old hemodialysis patients experienced considerable levels of stress and had a unique ranking order of stressors and coping strategies. These findings will provide healthcare professionals with detailed information to identify priority areas for future intervention development.