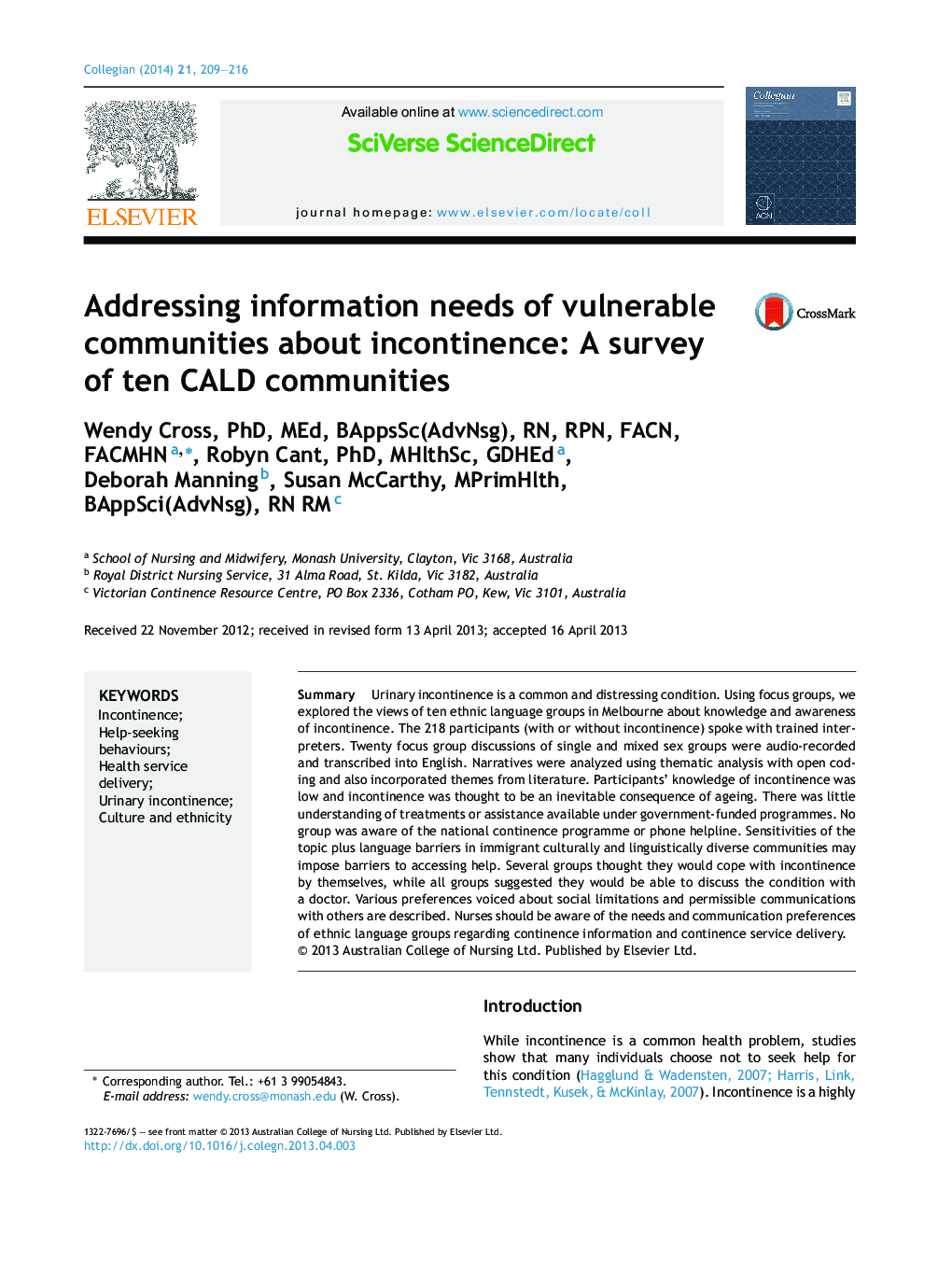 SummaryUrinary incontinence is a common and distressing condition. Using focus groups, we explored the views of ten ethnic language groups in Melbourne about knowledge and awareness of incontinence. The 218 participants (with or without incontinence) spoke with trained interpreters. Twenty focus group discussions of single and mixed sex groups were audio-recorded and transcribed into English. Narratives were analyzed using thematic analysis with open coding and also incorporated themes from literature. Participants’ knowledge of incontinence was low and incontinence was thought to be an inevitable consequence of ageing. There was little understanding of treatments or assistance available under government-funded programmes. No group was aware of the national continence programme or phone helpline. Sensitivities of the topic plus language barriers in immigrant culturally and linguistically diverse communities may impose barriers to accessing help. Several groups thought they would cope with incontinence by themselves, while all groups suggested they would be able to discuss the condition with a doctor. Various preferences voiced about social limitations and permissible communications with others are described. Nurses should be aware of the needs and communication preferences of ethnic language groups regarding continence information and continence service delivery.