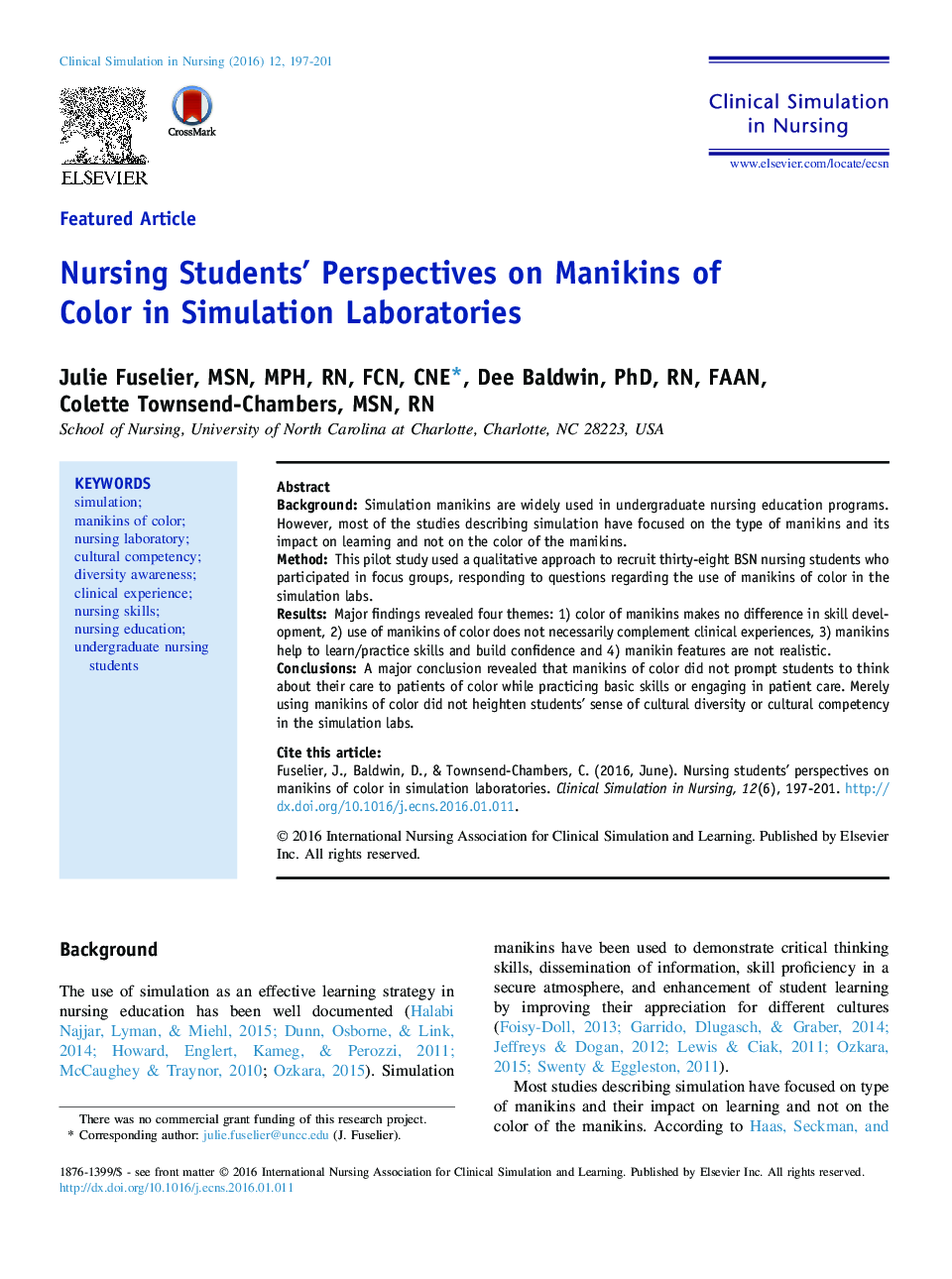 BackgroundSimulation manikins are widely used in undergraduate nursing education programs. However, most of the studies describing simulation have focused on the type of manikins and its impact on learning and not on the color of the manikins.MethodThis pilot study used a qualitative approach to recruit thirty-eight BSN nursing students who participated in focus groups, responding to questions regarding the use of manikins of color in the simulation labs.ResultsMajor findings revealed four themes: 1) color of manikins makes no difference in skill development, 2) use of manikins of color does not necessarily complement clinical experiences, 3) manikins help to learn/practice skills and build confidence and 4) manikin features are not realistic.ConclusionsA major conclusion revealed that manikins of color did not prompt students to think about their care to patients of color while practicing basic skills or engaging in patient care. Merely using manikins of color did not heighten students’ sense of cultural diversity or cultural competency in the simulation labs.