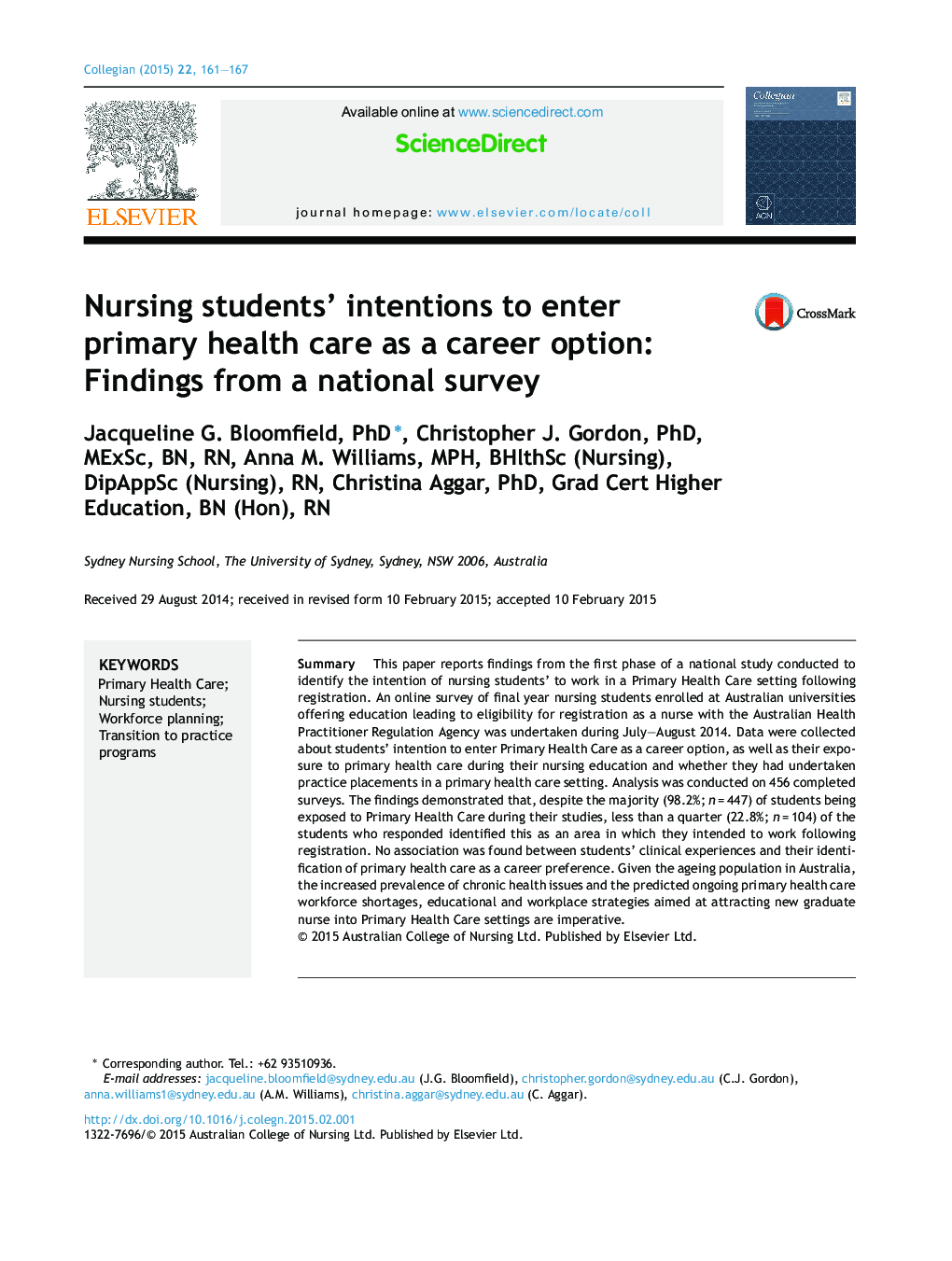 SummaryThis paper reports findings from the first phase of a national study conducted to identify the intention of nursing students’ to work in a Primary Health Care setting following registration. An online survey of final year nursing students enrolled at Australian universities offering education leading to eligibility for registration as a nurse with the Australian Health Practitioner Regulation Agency was undertaken during July–August 2014. Data were collected about students’ intention to enter Primary Health Care as a career option, as well as their exposure to primary health care during their nursing education and whether they had undertaken practice placements in a primary health care setting. Analysis was conducted on 456 completed surveys. The findings demonstrated that, despite the majority (98.2%; n = 447) of students being exposed to Primary Health Care during their studies, less than a quarter (22.8%; n = 104) of the students who responded identified this as an area in which they intended to work following registration. No association was found between students’ clinical experiences and their identification of primary health care as a career preference. Given the ageing population in Australia, the increased prevalence of chronic health issues and the predicted ongoing primary health care workforce shortages, educational and workplace strategies aimed at attracting new graduate nurse into Primary Health Care settings are imperative.