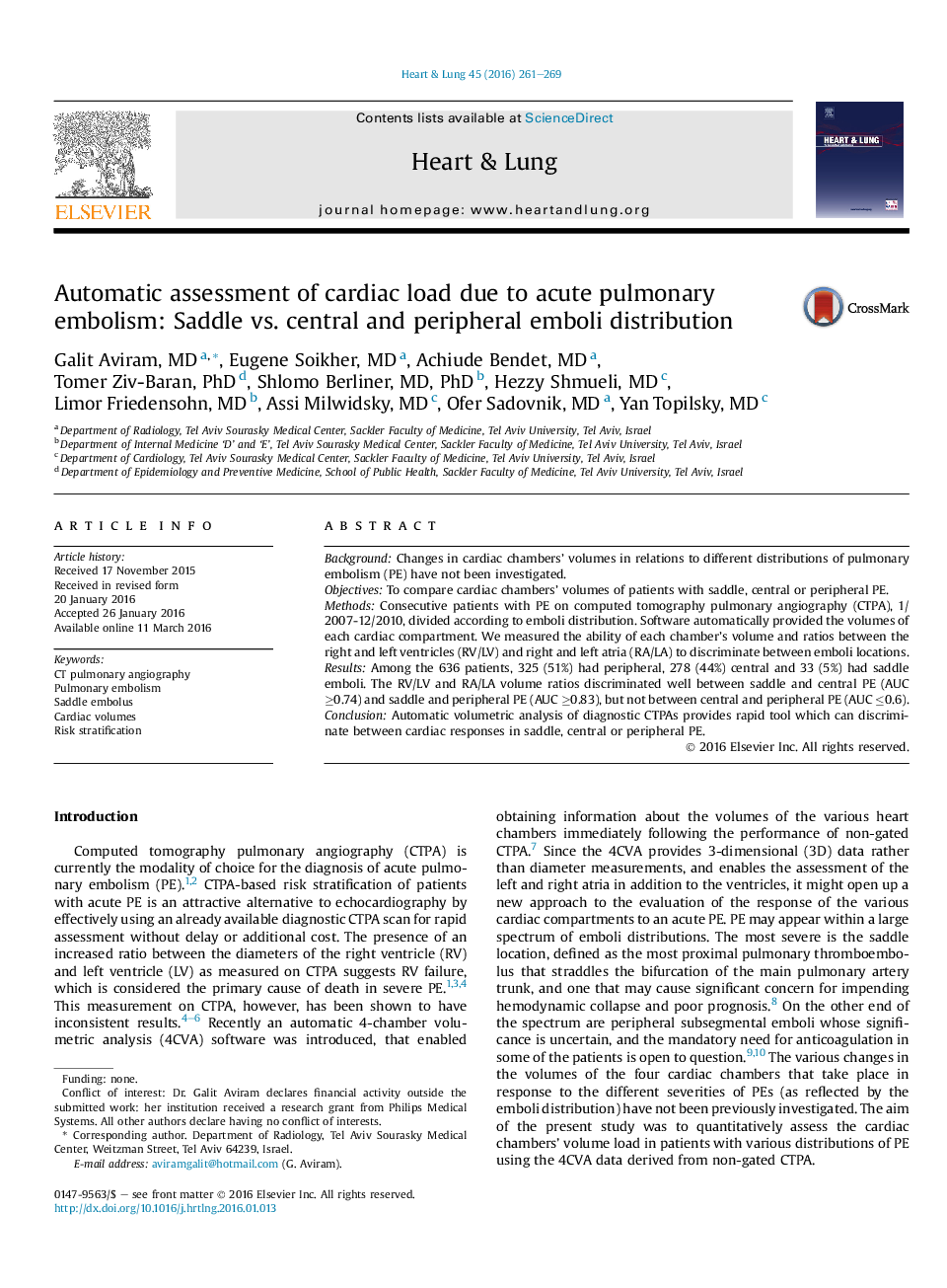 BackgroundChanges in cardiac chambers' volumes in relations to different distributions of pulmonary embolism (PE) have not been investigated.ObjectivesTo compare cardiac chambers' volumes of patients with saddle, central or peripheral PE.MethodsConsecutive patients with PE on computed tomography pulmonary angiography (CTPA), 1/2007-12/2010, divided according to emboli distribution. Software automatically provided the volumes of each cardiac compartment. We measured the ability of each chamber's volume and ratios between the right and left ventricles (RV/LV) and right and left atria (RA/LA) to discriminate between emboli locations.ResultsAmong the 636 patients, 325 (51%) had peripheral, 278 (44%) central and 33 (5%) had saddle emboli. The RV/LV and RA/LA volume ratios discriminated well between saddle and central PE (AUC ≥0.74) and saddle and peripheral PE (AUC ≥0.83), but not between central and peripheral PE (AUC ≤0.6).ConclusionAutomatic volumetric analysis of diagnostic CTPAs provides rapid tool which can discriminate between cardiac responses in saddle, central or peripheral PE.