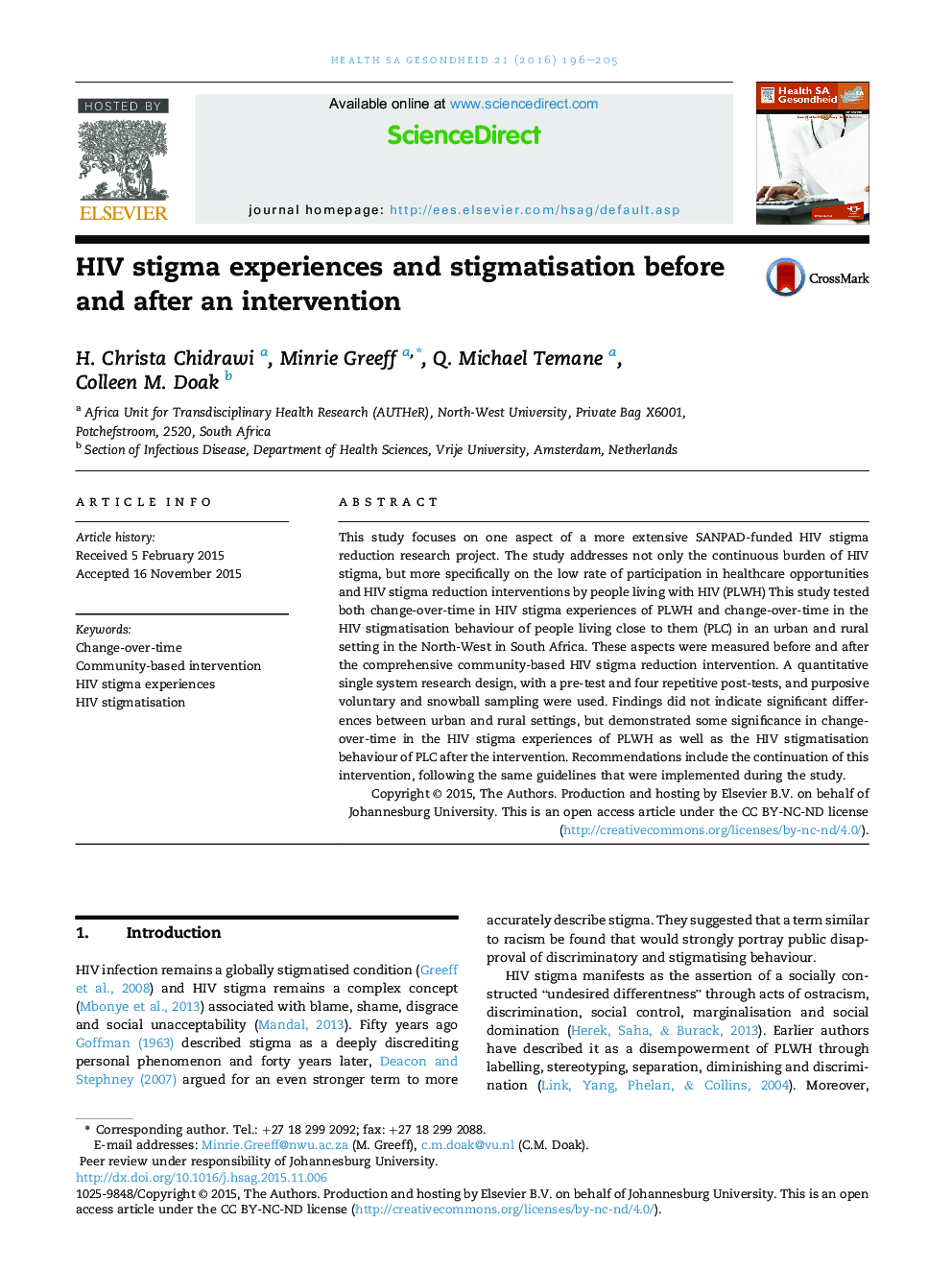 This study focuses on one aspect of a more extensive SANPAD-funded HIV stigma reduction research project. The study addresses not only the continuous burden of HIV stigma, but more specifically on the low rate of participation in healthcare opportunities and HIV stigma reduction interventions by people living with HIV (PLWH) This study tested both change-over-time in HIV stigma experiences of PLWH and change-over-time in the HIV stigmatisation behaviour of people living close to them (PLC) in an urban and rural setting in the North-West in South Africa. These aspects were measured before and after the comprehensive community-based HIV stigma reduction intervention. A quantitative single system research design, with a pre-test and four repetitive post-tests, and purposive voluntary and snowball sampling were used. Findings did not indicate significant differences between urban and rural settings, but demonstrated some significance in change-over-time in the HIV stigma experiences of PLWH as well as the HIV stigmatisation behaviour of PLC after the intervention. Recommendations include the continuation of this intervention, following the same guidelines that were implemented during the study.