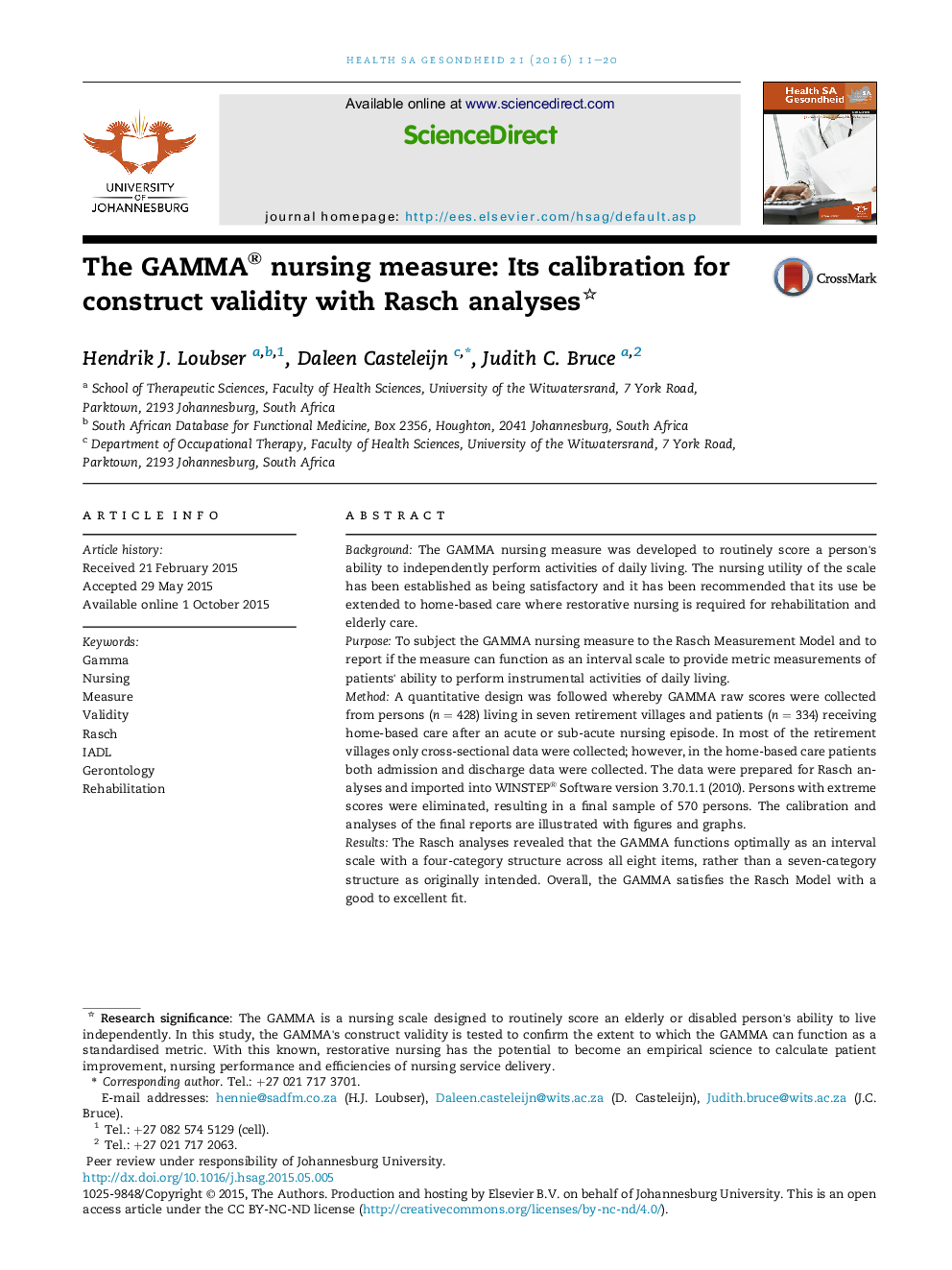 BackgroundThe GAMMA nursing measure was developed to routinely score a person's ability to independently perform activities of daily living. The nursing utility of the scale has been established as being satisfactory and it has been recommended that its use be extended to home-based care where restorative nursing is required for rehabilitation and elderly care.PurposeTo subject the GAMMA nursing measure to the Rasch Measurement Model and to report if the measure can function as an interval scale to provide metric measurements of patients' ability to perform instrumental activities of daily living.MethodA quantitative design was followed whereby GAMMA raw scores were collected from persons (n = 428) living in seven retirement villages and patients (n = 334) receiving home-based care after an acute or sub-acute nursing episode. In most of the retirement villages only cross-sectional data were collected; however, in the home-based care patients both admission and discharge data were collected. The data were prepared for Rasch analyses and imported into WINSTEP® Software version 3.70.1.1 (2010). Persons with extreme scores were eliminated, resulting in a final sample of 570 persons. The calibration and analyses of the final reports are illustrated with figures and graphs.ResultsThe Rasch analyses revealed that the GAMMA functions optimally as an interval scale with a four-category structure across all eight items, rather than a seven-category structure as originally intended. Overall, the GAMMA satisfies the Rasch Model with a good to excellent fit.ConclusionThe use of a validated measure of patients' ability to perform instrumental activities of daily living has the potential to provide evidence of patient improvement, nursing performance and effectiveness of nursing service delivery.