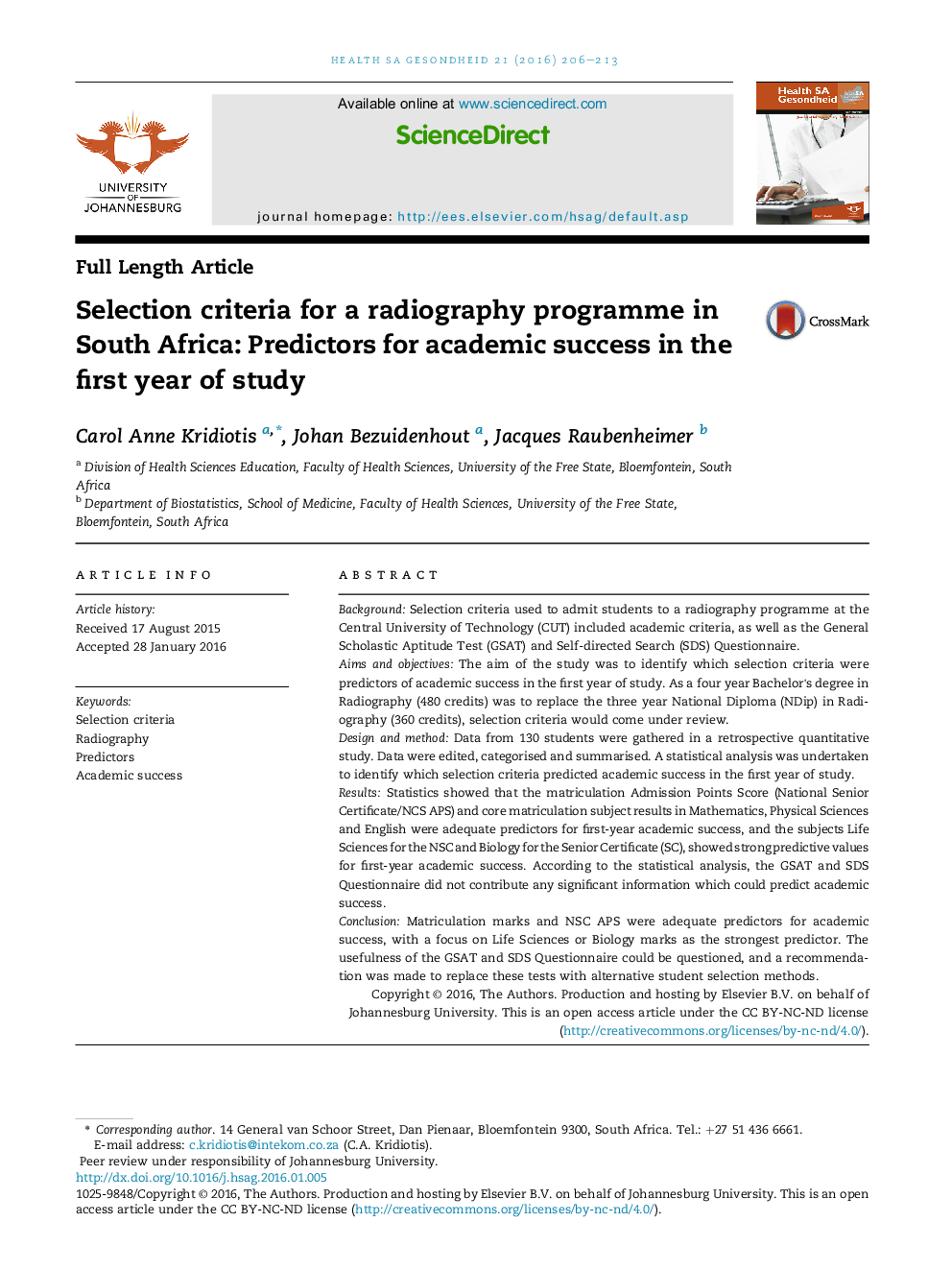 BackgroundSelection criteria used to admit students to a radiography programme at the Central University of Technology (CUT) included academic criteria, as well as the General Scholastic Aptitude Test (GSAT) and Self-directed Search (SDS) Questionnaire.Aims and objectivesThe aim of the study was to identify which selection criteria were predictors of academic success in the first year of study. As a four year Bachelor's degree in Radiography (480 credits) was to replace the three year National Diploma (NDip) in Radiography (360 credits), selection criteria would come under review.Design and methodData from 130 students were gathered in a retrospective quantitative study. Data were edited, categorised and summarised. A statistical analysis was undertaken to identify which selection criteria predicted academic success in the first year of study.ResultsStatistics showed that the matriculation Admission Points Score (National Senior Certificate/NCS APS) and core matriculation subject results in Mathematics, Physical Sciences and English were adequate predictors for first-year academic success, and the subjects Life Sciences for the NSC and Biology for the Senior Certificate (SC), showed strong predictive values for first-year academic success. According to the statistical analysis, the GSAT and SDS Questionnaire did not contribute any significant information which could predict academic success.ConclusionMatriculation marks and NSC APS were adequate predictors for academic success, with a focus on Life Sciences or Biology marks as the strongest predictor. The usefulness of the GSAT and SDS Questionnaire could be questioned, and a recommendation was made to replace these tests with alternative student selection methods.