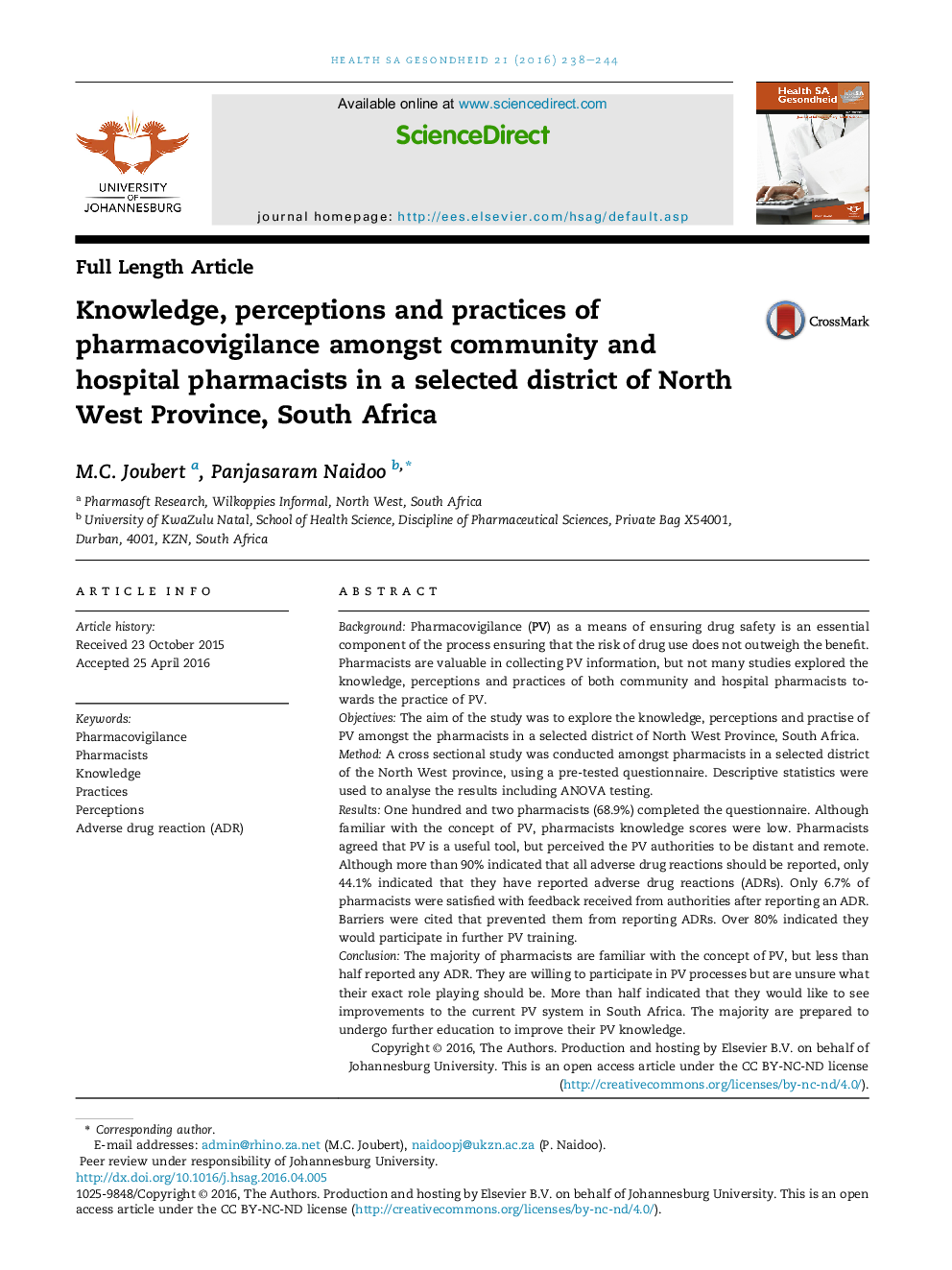 BackgroundPharmacovigilance (PV) as a means of ensuring drug safety is an essential component of the process ensuring that the risk of drug use does not outweigh the benefit. Pharmacists are valuable in collecting PV information, but not many studies explored the knowledge, perceptions and practices of both community and hospital pharmacists towards the practice of PV.ObjectivesThe aim of the study was to explore the knowledge, perceptions and practise of PV amongst the pharmacists in a selected district of North West Province, South Africa.MethodA cross sectional study was conducted amongst pharmacists in a selected district of the North West province, using a pre-tested questionnaire. Descriptive statistics were used to analyse the results including ANOVA testing.ResultsOne hundred and two pharmacists (68.9%) completed the questionnaire. Although familiar with the concept of PV, pharmacists knowledge scores were low. Pharmacists agreed that PV is a useful tool, but perceived the PV authorities to be distant and remote. Although more than 90% indicated that all adverse drug reactions should be reported, only 44.1% indicated that they have reported adverse drug reactions (ADRs). Only 6.7% of pharmacists were satisfied with feedback received from authorities after reporting an ADR. Barriers were cited that prevented them from reporting ADRs. Over 80% indicated they would participate in further PV training.ConclusionThe majority of pharmacists are familiar with the concept of PV, but less than half reported any ADR. They are willing to participate in PV processes but are unsure what their exact role playing should be. More than half indicated that they would like to see improvements to the current PV system in South Africa. The majority are prepared to undergo further education to improve their PV knowledge.