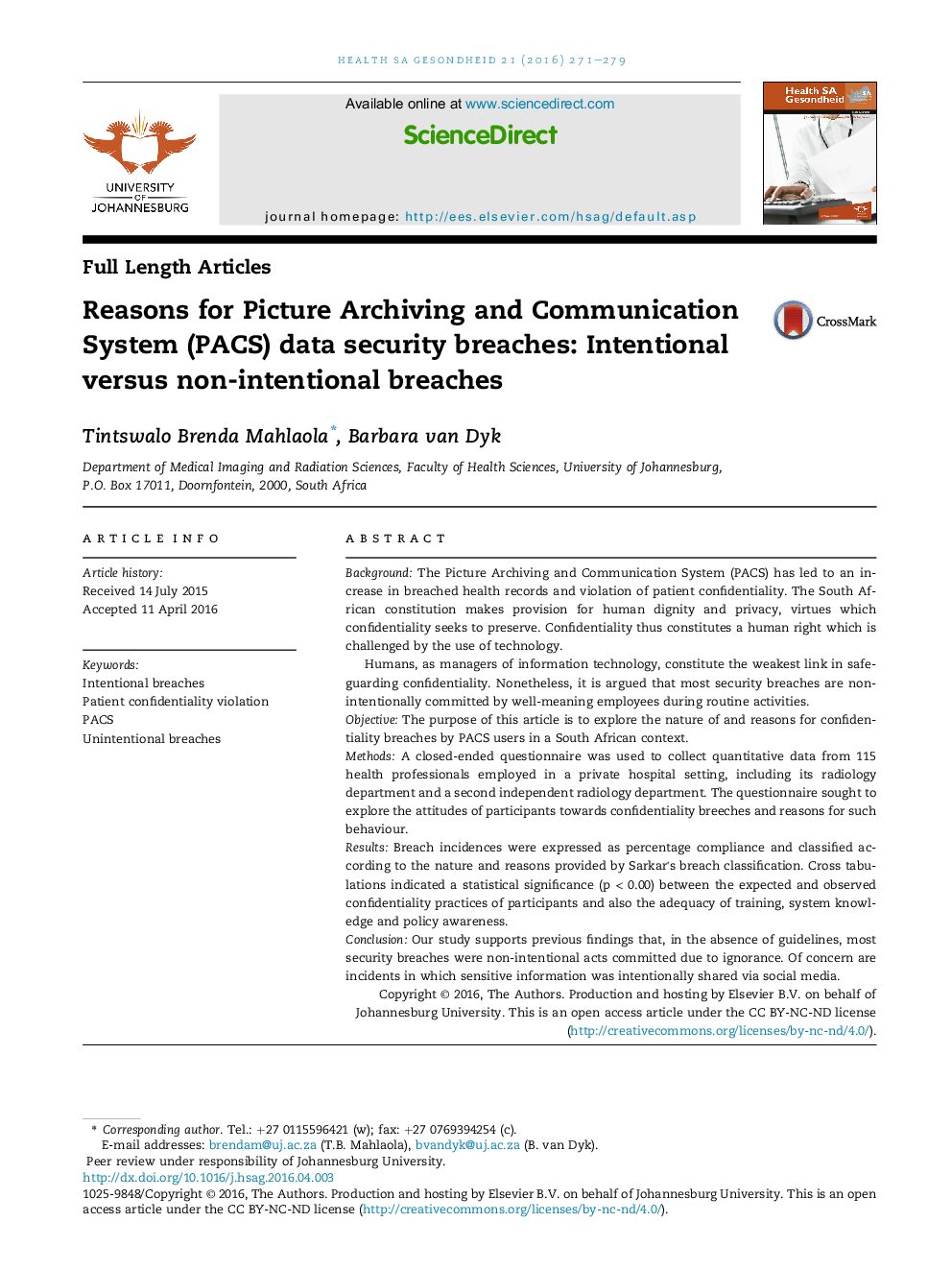 BackgroundThe Picture Archiving and Communication System (PACS) has led to an increase in breached health records and violation of patient confidentiality. The South African constitution makes provision for human dignity and privacy, virtues which confidentiality seeks to preserve. Confidentiality thus constitutes a human right which is challenged by the use of technology.Humans, as managers of information technology, constitute the weakest link in safeguarding confidentiality. Nonetheless, it is argued that most security breaches are non-intentionally committed by well-meaning employees during routine activities.ObjectiveThe purpose of this article is to explore the nature of and reasons for confidentiality breaches by PACS users in a South African context.MethodsA closed-ended questionnaire was used to collect quantitative data from 115 health professionals employed in a private hospital setting, including its radiology department and a second independent radiology department. The questionnaire sought to explore the attitudes of participants towards confidentiality breeches and reasons for such behaviour.ResultsBreach incidences were expressed as percentage compliance and classified according to the nature and reasons provided by Sarkar's breach classification. Cross tabulations indicated a statistical significance (p < 0.00) between the expected and observed confidentiality practices of participants and also the adequacy of training, system knowledge and policy awareness.ConclusionOur study supports previous findings that, in the absence of guidelines, most security breaches were non-intentional acts committed due to ignorance. Of concern are incidents in which sensitive information was intentionally shared via social media.