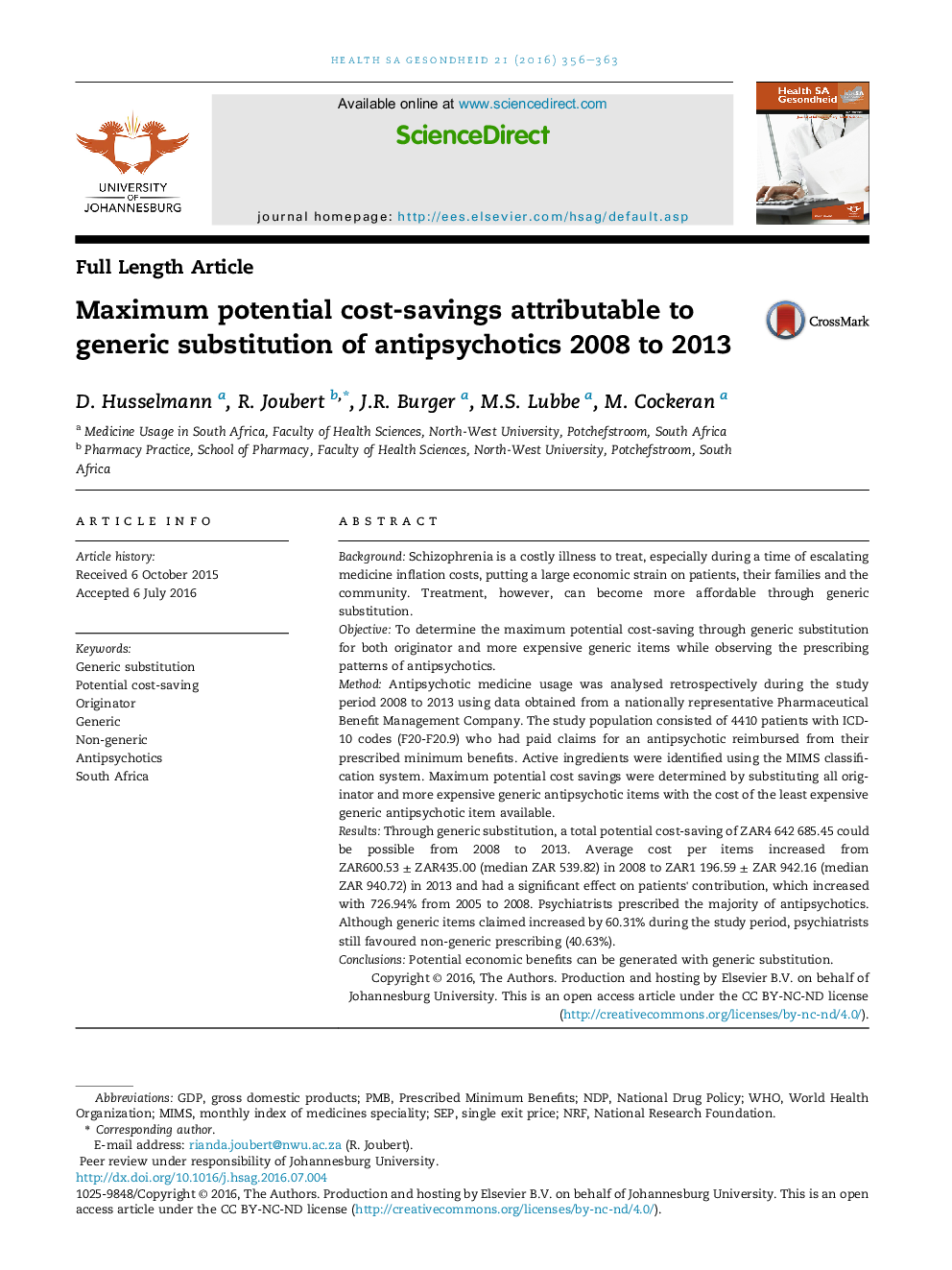 BackgroundSchizophrenia is a costly illness to treat, especially during a time of escalating medicine inflation costs, putting a large economic strain on patients, their families and the community. Treatment, however, can become more affordable through generic substitution.ObjectiveTo determine the maximum potential cost-saving through generic substitution for both originator and more expensive generic items while observing the prescribing patterns of antipsychotics.MethodAntipsychotic medicine usage was analysed retrospectively during the study period 2008 to 2013 using data obtained from a nationally representative Pharmaceutical Benefit Management Company. The study population consisted of 4410 patients with ICD-10 codes (F20-F20.9) who had paid claims for an antipsychotic reimbursed from their prescribed minimum benefits. Active ingredients were identified using the MIMS classification system. Maximum potential cost savings were determined by substituting all originator and more expensive generic antipsychotic items with the cost of the least expensive generic antipsychotic item available.ResultsThrough generic substitution, a total potential cost-saving of ZAR4 642 685.45 could be possible from 2008 to 2013. Average cost per items increased from ZAR600.53 ± ZAR435.00 (median ZAR 539.82) in 2008 to ZAR1 196.59 ± ZAR 942.16 (median ZAR 940.72) in 2013 and had a significant effect on patients' contribution, which increased with 726.94% from 2005 to 2008. Psychiatrists prescribed the majority of antipsychotics. Although generic items claimed increased by 60.31% during the study period, psychiatrists still favoured non-generic prescribing (40.63%).ConclusionsPotential economic benefits can be generated with generic substitution.